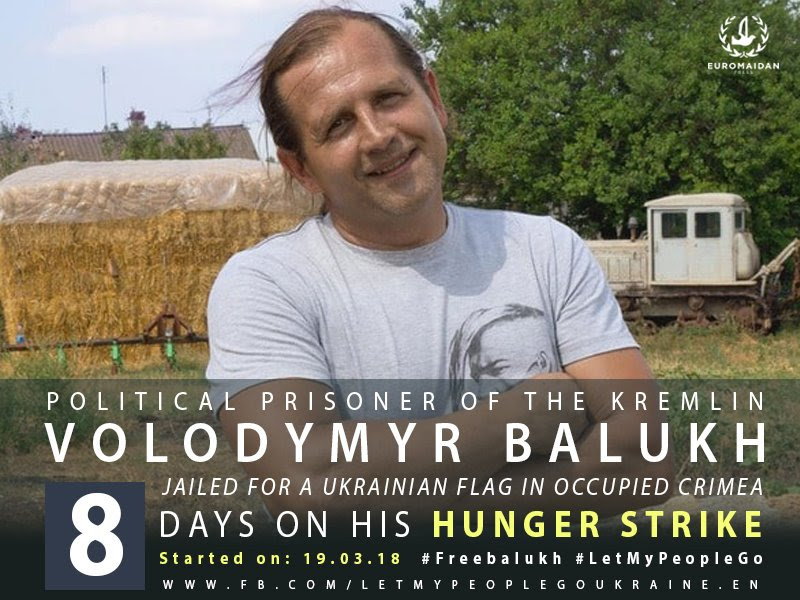 1. Russian Invasion of Ukraine
The General Staff of Ukraine’s Armed Forces reported at 12:30 PM Kyiv time that in the last 24 hours, no Ukrainian soldiers were killed or wounded in action. In the last 24 hours, Russian-terrorist forces opened fire on Ukrainian positions on the Luhansk and Donetsk sectors of the front 32 times in total.
2. US Secretary of Defense: Democracies must stand against Russia’s reckless activity

Stars and Stripes reported on March 27, “Defense Secretary Jim Mattis said Tuesdaythat he advised President Donald Trump to expel Kremlin officials from the United States over Russia’s apparent use of a nerve-agent against a former spy in Britain, saying there is no room for Western democracies to work with Russia.
‘The NATO alliance tried to create a partnership – a Russia-NATO partnership council as a mechanism to keep us working together,’ Mattis told reporters at the Pentagon. ‘That, regrettably, is by Russia’s choice a thing of the past … because Russia has chosen to be a strategic competitor even to the point of reckless activity.’
The White House on Monday evicted 60 Russian officials – including 12 identified as intelligence agents – and ordered the closure of Moscow’s consulate in Seattle. Twenty-four additional countries and NATO also expelled Russian envoys this week in a show of solidarity with the United Kingdom.
The expulsions followed the poisoning of Sergei Skripal, a former Russian spy, and his daughter March 4 in Salisbury, England. British investigators have said a Russian-made, military-grade nerve agent was used to poison them. Both victims remain in critical condition.
On Tuesday, Mattis called the attack an ‘attempted murder,’ placing the blame on Russian President Vladimir Putin’s shoulders, though the defense secretary stopped short of indicating the Russian leader ordered the hit. He told reporters that the attack was a ‘pretty obvious use of a weapon of mass destruction, a chemical agent, for the first time in Europe since World War II.’
The act was the latest in a line of aggressive Russian actions in Europe, including military intrusions into Ukraine and Georgia. In addition, Mattis has been critical of Russia’s intervention in Syria, where Putin’s forces have helped prop up President Bashar Assad’s regime under the guise of fighting terrorism.
‘I think they are doing things they believe are deniable,’ Mattis said. ‘They take the insignia off soldiers’ uniforms and they go into Crimea. They say they have nothing to do with the stuff going on in Ukraine. I don’t know how they can say that with a straight face.'”
3. Russia’s Gazprom refuses to abide by final and binding awards in two commercial arbitration cases with Naftogaz 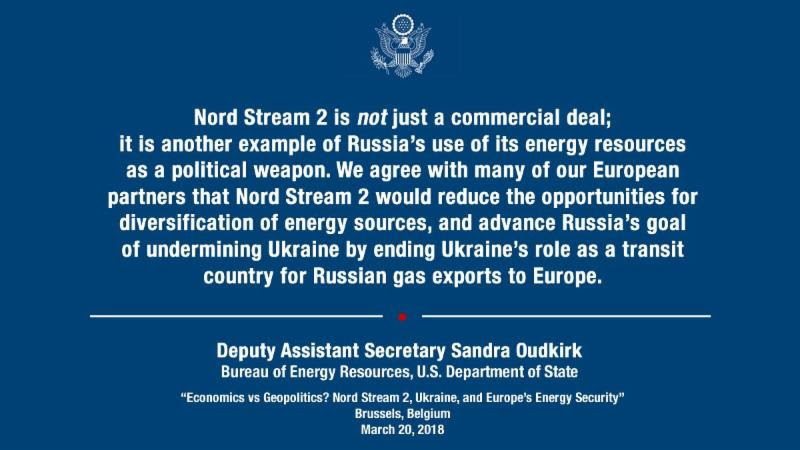 Ukraine’s Naftogaz stated on March 27, “Ukraine’s Naftogaz and Russia’s Gazprom met last week to discuss next steps after Naftogaz had won two major cases before the Stockholm Arbitration Tribunal.
At that meeting Gazprom made clear that the Russian gas monopoly refuses to resume deliveries to Ukraine as ordered by the Tribunal in the Gas Sales Case concluded in December last year, and refused to confirm that it will pay the 2.6 billion dollars which the Tribunal ordered it to pay in the Gas Transit Case award which was rendered in February. Both arbitration awards are final and binding on Gazprom.
Gazprom’s position in the meeting was instead to amend the contracts or to terminate the contracts to reverse the decisions of the Tribunal. Both positions are in direct contravention of and disregard for the decisions in the Arbitral Awards rendered by the Stockholm Tribunal. Naftogaz finds this position unacceptable and has rejected Gazprom’s proposals to this effect.
‘Gazprom’s refusal to honour valid arbitration awards by an internationally valued and respected commercial arbitration tribunal seriously questions Gazprom’s trustworthiness as a partner to the European gas industry. It is also endangering the respect for contracts as such with its unlawful withholding of payments due under the decisions of the Tribunal,’ says Yuriy Vitrenko, Group Chief Commercial Officer of Naftogaz.”
4. EBRD: Ukraine reform support programme enters new phase
The European Bank for Reconstruction and Development (EBRD) stated on March 26, “The reform process in Ukraine  has reached a critical juncture. A year and a half after the introduction of dedicated local reform support teams in the state administration to support reform delivery, the programme has now reached a point where it can move into the next phase. […]
To support Ukraine’s systematic and wide-ranging reform efforts, the Ukraine Stabilisation and Sustainable Growth Multi-Donor Account, the EBRD and the EU led the establishment of reform support teams in 2016. […]
Around 150 people are now embedded in these state institutions, dedicated to providing the design and implementation of sectoral reform priorities as well as the transformation of the state apparatus. A new law on civil service which came into force in 2016 has laid the foundations for a new administration. In 2017 alone, 367 new reform staff positions were announced and 77 professionals were hired (139 at the end of January 2018) and in phase 2 the plan is to attract 1,800 new civil servants. […]
EBRD President, Sir Suma Chakrabarti, said: ‘The focus must continue to be on reform and implementing reform. We welcome the systematic and gradual approach taken by the relevant institutions and the care that has been attached to communicating and demonstrating the benefits of an efficient, transparent and accountable state administration. This is one of the preconditions for Ukraine to come into its own and start fulfilling its vast potential.'”
0 Likes