Ukraine: Daily Briefing
April 12, 2018, 6 PM Kyiv time
1. Russian Invasion of Ukraine
The General Staff of Ukraine’s Armed Forces reported at 12:30 PM Kyiv time that in the last 24 hours, no Ukrainian soldiers were killed or wounded in action. In the last 24 hours, Russian-terrorist forces opened fire on Ukrainian positions on the Luhansk and Donetsk sectors of the front 38 times in total, including at least 7 times with heavy weapons – mortars and tanks. Russian-terrorist forces shelled residential areas of Avdiivka with mortars, damaging a residential building. No civilians were injured.
2. Nominee for US Secretary of State: Years of soft policy that enabled Russian aggression are now over
Nominee for US Secretary of State Mike Pompeo testified at his confirmation hearing at the US Senate Foreign Relations Committee. In written testimony presented to the Committee, Pompeo stated, “Russia continues to act aggressively, enabled by years of soft policy toward that aggression. That’s now over. The list of this administration’s actions to raise the cost for Vladimir Putin is long. We are rebuilding our already strong military and recapitalizing our nuclear deterrent.
We have imposed tough sanctions and expelled more Russian diplomats and intelligence officers from the U.S. than at any time since the Cold War. We are arming brave young men and women resisting Russian expansionism in Ukraine and Georgia. This list is much longer, and I’m confident I’ll have the opportunity to add to it today.
But the actions of this administration make clear that President Trump’s national security strategy, rightfully, has identified Russia as a danger to our country. Our diplomatic efforts with Russia will prove challenging, but as in previous confrontations with Moscow, must continue.”
3. Ukraine’s President speaks with UK PM
Ukraine’s President Petro Poroshenko held a phone conversation with UK Prime Minister Theresa May on April 11. The UK PM’s Office reported, “The Prime Minister spoke with Ukrainian President Petro Poroshenko this evening about the attack on Sergei Skripal and his daughter and the reckless endangerment of the British public through the use of a military grade nerve agent developed by Russia.
President Poroshenko condemned the appalling act and pledged that Ukraine would continue to stand shoulder to shoulder with the UK in the face of Russian aggression. […]
The Prime Minister thanked President Poroshenko for Ukraine’s support and expulsion of 13 Russian diplomats. She noted that this was not just a strong signal of solidarity with the UK, but also of commitment to our collective security. […]
The leaders spoke about how Salisbury is only the latest act in a pattern of Russian behaviour which shows disregard for the international rules-based system, including its illegal annexation of Crimea and intervention in the Donbas, with the Prime Minister noting that continued support for Ukraine needs to be a key element in the West’s response.”
4. NATO Deputy Secretary General visits Ukraine 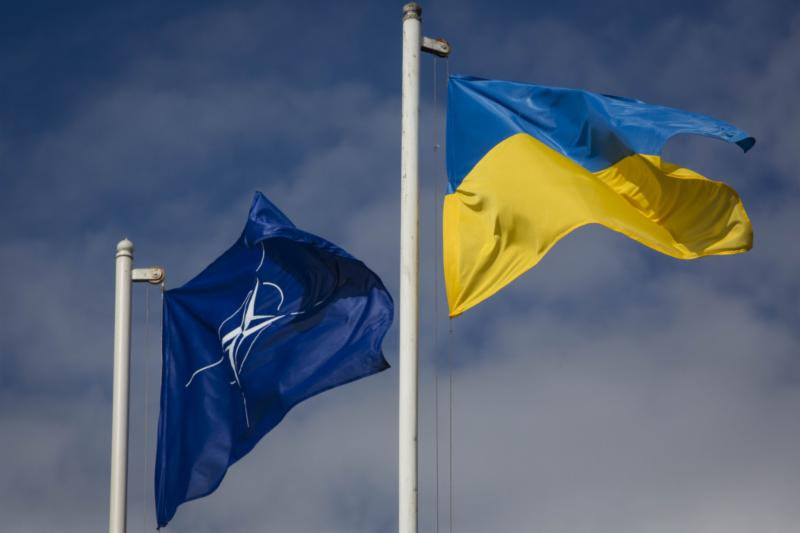 NATO reported, “NATO Deputy Secretary General, the Honourable Rose Gottemoeller, will visit Ukraine on Thursday, 12 April and Friday, 13 April 2018.
Ms. Gottemoeller will meet the Deputy Prime Minister of Ukraine for European and Euro-Atlantic, Ms. Ivanna Klympush-Tsintsadze, the Minister of Foreign Affairs, Mr. Pavlo Klimkin, the Minister of Education and Science, Ms. Lilia Hrynevych, the Deputy Minister of Defence, Gen. Anatoliy Petrenko, and other senior officials.
On Friday 13 April, the Deputy Secretary General will deliver a speech at the Kyiv Security Forum. She will also participate in a panel discussion. More information on the Kyiv Security Forum can be found here
0 Likes