UCC statement on attack in Toronto24 April 2018Next 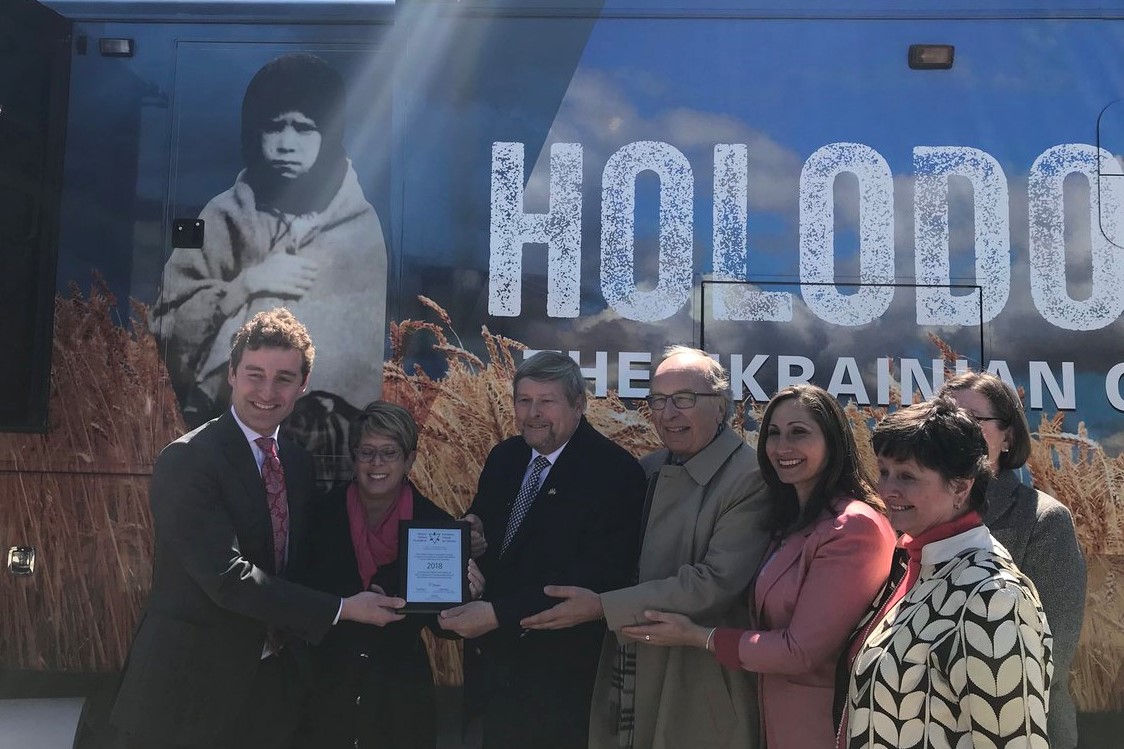 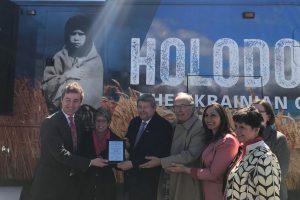 April 23, 2018. TORONTO. The Ukrainian Canadian Congress (UCC) welcomes the announcement by the Ontario Trillium Foundation of a grant of $750,000 to the Canada Ukraine Foundation to support the work of the Holodomor National Awareness Tour (HNAT) and the Holodomor Mobile Classroom (HMC).

On April 20, Yvan Baker (MPP, Etobicoke-Centre) and Ontario Trillium Foundation (OTF) Board member, Colleen Mulholland, met with representatives from the Canada-Ukraine Foundation (CUF) to congratulate them on the work they are going to be doing with their $750,000 Grow grant.

“This year, the world commemorates the 85th anniversary of the Holodomor-Famine Genocide. We pay tribute to the millions of victims of this Genocide against the Ukrainian people, and honour the survivors,” stated Paul Grod, National President of the UCC. “We thank the Ontario Trillium Foundation and the Government of Ontario for their ongoing support in educating students and the public about the Holodomor, and we stand united in our obligation to ensure that crimes such as the Holodomor are never repeated.”

The HMC is a state-of-the-art interactive audio-visual learning centre geared to high schools, universities and the public. The Tour and the HMC educates Canadian students, community leaders and the public about the events of the horrific Holodomor Famine-Genocide in Ukraine 1932-33, and its relevance to the world today.  Since its launch in 2015, the HMC has toured Canada from coast to coast.  Over 25,000 people including more than 18,000 students and educators have visited the HMC, learning about the values of multiculturalism, diversity, human rights and respect for human dignity.

Funding for Holodomor National Awareness Tour has also been generously provided by the following: