Remembering the Genocide of the Crimean Tatar People17 May 2018Next 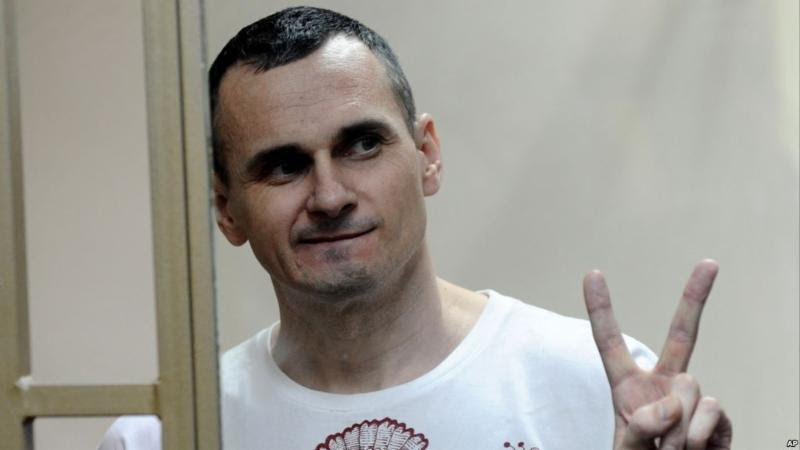 The Kharkiv Human Rights Protection Group (KHPG) reported, “Oleg Sentsov, world-renowned filmmaker and one of Russia’s first Ukrainian political prisoners has gone on hunger strike, vowing not to end it until Russia frees all its Ukrainian political prisoners.
His move comes just a month before the World Cup is due to begin in Russia and the timing is no coincidence.  There was every reason for the International Football Federation [FIFA] to have taken the World Cup away from Russia after its unprecedented invasion and annexation of Crimea and aggression against Ukraine.  FIFA failed to do so, potentially handing the Kremlin a weighty propaganda coup.
Oleg Sentsov, who has spent four years of a 20-year sentence in Russian captivity for peacefully opposing Russia’s invasion of his homeland, has taken the only, and most dangerous, step in his power to change this, and it is vital that his indefinite hunger strike receives maximum attention.
It seems he has been planning this move for the last month and a half, rejecting food parcels and reducing his food intake, and he fully understands the possible consequences.  He told his lawyer, Dmitry Dinze: ‘If I die before or during the World Cup, there will be publicity that can help other political prisoners.’
Sentsov’s formal statement is brief, and reads: ‘I, Oleg Sentsov, Ukrainian citizen, sentenced illegally by a Russian court and held in a prison colony in Labytnangi, have declared a hunger strike, beginning 14 May 2018. My sole demand is the release of all Ukrainian political prisoners held in the Russian Federation. Together to the end.  Glory to Ukraine!’ […]
Sentsov has been placed in a separate cell since the beginning of his hunger strike and a doctor is monitoring the situation. He has been warned that if his health deteriorates to a critical level, that they could apply force-feeding.   In the event that they try to declare him mentally unfit (this being the widespread practice in the Russian penal system to counter hunger strikes), Sentsov points out that there is a medical assessment in his file which found him mentally fit.
It is four years since Sentsov was arrested in Crimea together with three other opponents of Russia’s invasion and annexation: civic activist Oleksandr Kolchenko; Gennady Afanasyev and Oleksiy Chyrniy.  All four men were held incommunicado for up to three weeks, first in Simferopol, then in Moscow, almost certainly to hide the torture marks.
Their case was one of the first of many attempted show trials of Ukrainians, and was clearly aimed at justifying Russia’s invasion and occupation of Crimea.”
The full report from KHPG is available here 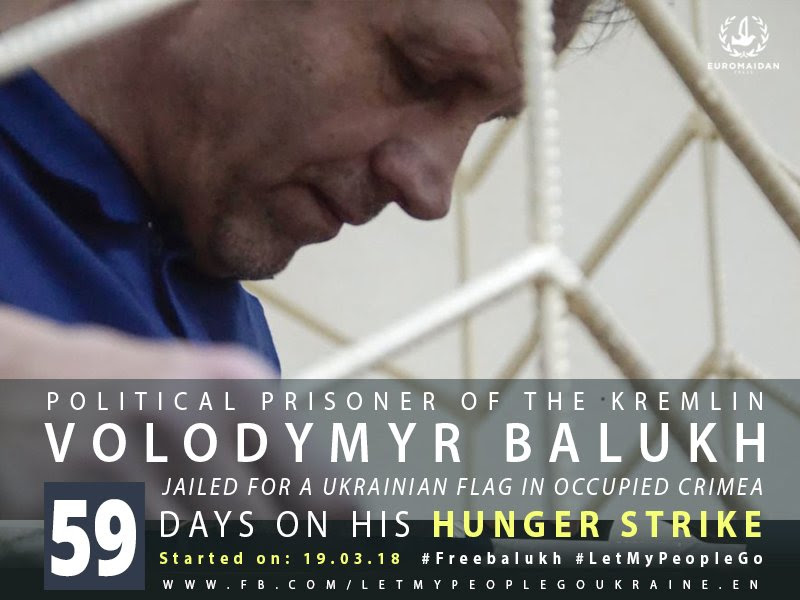 On May 16, Canada’s Minister of Foreign Affairs Chrystia Freeland stated, “Canada condemns the construction and partial opening today of the Kerch Strait Bridge.
The bridge, which links Russia to illegally-annexed Crimea, represents yet another violation of Ukraine’s sovereignty and territorial integrity by the Russian Federation. It aims to harden Russia’s unlawful hold on the peninsula and to forcibly isolate it from the rest of Ukraine.
Canada reiterates its commitment to Ukraine’s sovereignty and territorial integrity. We call on the Russian Federation to cease its violations of this fundamental tenet of the rules-based international order.”
4. Ukraine’s economy sees continued growth
Ukraine Business Journal reported, “Ukraine’s economy grew by 3.1% in Q1 of 2018, y-o-y.  According to the State Statistics Service, the economy has now grown 9 quarters in a row.
International trade indicators confirm the positive trend. In Q1 2018, exports of goods and services grew by 9.1 % to $13.6 billion, while import growth reached 11.3 %, amounting to $ 13.7 billion. Exports to the EU in Q1 2018 amounted to $ 5.7 billion.
A positive trade balance was also recorded:  the country’s exports exceeded imports by $27.5 million. Chemical, light industry, mechanical engineering, and woodworking products headed the list of exports.”
0 Likes