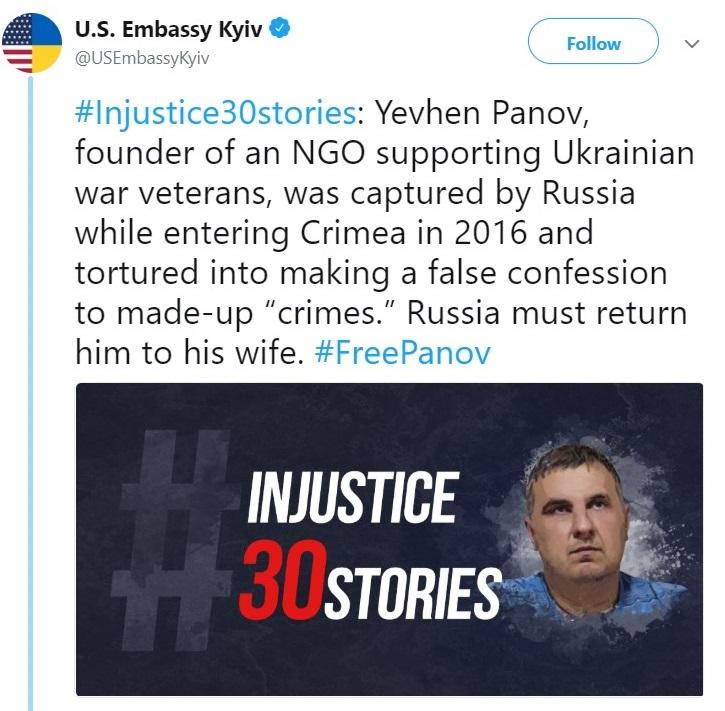 1. Russian Invasion of Ukraine
Ukraine’s Ministry of Defense reported that in the last 24 hours, no Ukrainian soldiers were killed and four Ukrainian soldiers were wounded in action. In the last 24 hours, Russian-terrorist forces opened fire on Ukrainian positions on the Luhansk and Donetsk sectors of the front 36 times in total, including at least 11 times with heavy weapons.
2. Russian journalist Arkady Babchenko, Kremlin critic who fled to Ukraine, shot dead in Kyiv
Radio Free Europe/Radio Liberty (RFE/RL) reported, “Police in Kyiv say Russian journalist Arkady Babchenko, who fled his country to escape what he called political harassment, has been shot dead in a killing that Ukraine’s prime minister blamed on Moscow. Babchenko was apparently shot in the back on the doorstep of his Kyiv apartment on May 29 after shopping for food, Ukrainian authorities said. […]
Kyiv police chief Andriy Krishchenko said in televised comments late on May 29 that police were assuming Babchenko was targeted for his work. ‘The first and the most obvious version is his professional activities,’ he said.
In a post to Facebook just hours after news of Babchenko’s death emerged, Prime Minister Volodymyr Hroysman said: ‘I am convinced that the Russian totalitarian machine could not forgive his honesty and principled position.’ […]
Ukrainian parliamentary deputy Anton Heraschenko, who is also an aide to Ukraine’s interior minister, said Babchenko had just returned home from a nearby grocery store and was opening his apartment door when an assailant waiting in the stairwell shot him multiple times in the back. […]
Many of Babchenko’s colleagues in Kyiv and elsewhere were quick to pin blame on Russian intelligence agencies, and highlighted the fact that Babchenko had fled Russia for the Ukrainian capital. […] Babchenko was well-known for his criticism of the Kremlin.”
The US Embassy in Ukraine stated, “Another Kremlin critic is assassinated abroad, once again in Ukraine. We offer our deepest condolences to Arkady Babchenko’s family and colleagues, and we join the government of Ukraine in support of a full and impartial investigation that will bring those responsible to justice.”
3. Naftogaz Ukrainy initiates enforcement of Stockholm Awards against Gazprom 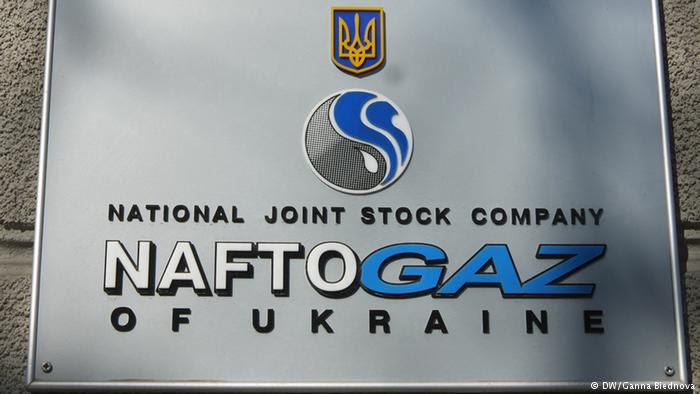 Naftogaz Ukrainy reported today, “In light of Gazprom’s unwillingness to comply with its legal obligations under the final awards rendered in the sales and transit arbitrations in Stockholm, Naftogaz has initiated enforcement of the USD 2.6 billion award. The company confirms that it has asked the Swiss courts to enforce the award, and understands that Swiss authorities already have taken measures against Gazprom’s assets there.

On 22 December 2017 and 28 February 2018 an Arbitral Tribunal under the auspices of the Arbitration Institute of the Stockholm Chamber of Commerce rendered final awards in the arbitrations between Naftogaz and Gazprom. The awards are final and were enforceable from the moment they were rendered.
Gazprom has not complied with the awards, which obliged Gazprom to resume gas supplies to Naftogaz at a price pegged to a liquid European hub and to pay USD 2.6 billion to Naftogaz as damages for underdeliveries of gas for transit. Naftogaz fulfilled all its obligations pursuant to the awards on 28 February 2018, when its remaining payment obligations for gas taken in 2013 and 2014 were settled.
Despite the awards and timely pre-payment by Naftogaz, Gazprom refused to resume deliveries to Naftogaz as agreed on 1 March 2018. Gazprom has also not paid the USD 2.6 billion it owes Naftogaz. Instead, Gazprom has launched ill-founded proceedings against the awards in the Swedish courts and initiated a new arbitration attempting to reverse the outcome of the awards.
Under international law, the arbitral awards are enforceable in practically every country of the world. Gazprom’s challenge proceedings do not prevent the enforcement of the awards.”
4. US at UN: Until Russia ends its outrageous actions in Ukraine, the position of the United States will not waver 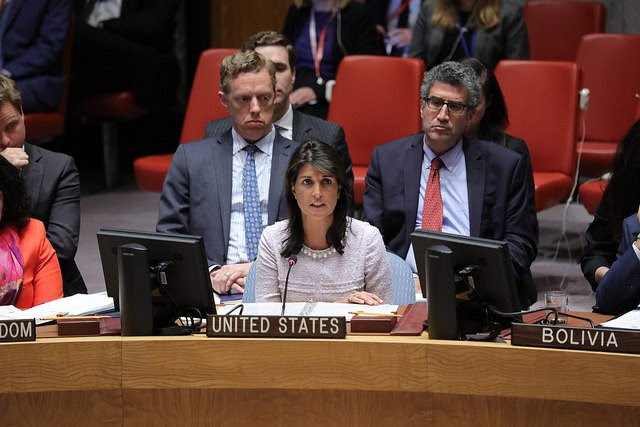 Speaking at a UN Security Council Briefing on Ukraine, US Permanent Representative to the UN Ambassador Nikki Haley stated, “The conflict in Ukraine is a textbook example of the direct violation of the sovereignty of one Member State by another Member State. It is precisely the kind of flagrant misconduct this body was created to address.
When Russian forces entered the Crimean capital in 2014, it was a direct violation of the UN Charter. Russian forces seized the parliament building and imposed an illegitimate referendum on the people. Since then, Russia has pushed into eastern Ukraine, creating a humanitarian crisis that threatens millions.
In response to the resulting outcry, Russia signed the Minsk agreements; committed to a ceasefire; committed to countless truces; committed to a withdrawal of heavy weapons; and committed to monitors to guarantee all of its commitments.
Unsurprisingly, Russia has serially disregarded all of these promises. And it has permitted – if not instructed – its forces to detain, threaten, and even shoot at monitors, their vehicles, cameras, and observation drones. In short, Russia has created a catastrophe of suffering in Ukraine.
This is not a frozen conflict – the month of May has seen security conditions worsen with increased ceasefire violations, higher civilian casualties, and growing military casualties. Adding to its complicity, the Kremlin has neglected every one of the dozens of previous ceasefire agreements.
Russia insults our intelligence by telling us that this is a home-grown, internal conflict. But everyone in this room knows better.
The militants in eastern Ukraine report directly to the Russian military, which arms them, trains them, leads them, and fights alongside them. Russia’s combined forces in eastern Ukraine include thousands of tanks, armored vehicles, and heavy artillery.
Despite its transparent denials, there is no doubt Russia is driving the Ukrainian conflict. How do we know? Because the Russian forces work hard to conceal who’s directing their actions and paying their wages. They strip patches and insignia off of their uniforms and equipment. They hide their identities behind facemasks. But we know why they’re there, and we know who sent them. Russian soldiers have been captured by Ukrainian Armed Forces. […]
Tragically, this includes the Russia-supplied missile system that shot down the Malaysia Airlines Flight 17 in July of 2014, a civilian aircraft flying from Amsterdam to Kuala Lumpur, killing all 298 onboard. […]
And like its role in the MH-17 tragedy, we ask Russia to acknowledge another reality that everyone here knows to be true: Russian soldiers are in Ukraine. Not to ‘protect’ Russian-speaking Ukrainian nationals, but to impose Russian control on the country. […]

Until Russia ends its outrageous actions in Ukraine, the position of the United States will not waver. We condemn, in the strongest terms, Russia’s involvement in eastern Ukraine and its purported annexation of Crimea. Until Russia returns the Crimean Peninsula to Ukrainian control, U.S. sanctions related to the invasion of Crimea will continue. And until Russia pulls its forces out of eastern Ukraine and honors its Minsk commitments, our sanctions in response to its flagrant misconduct in the eastern part of the country will stay in place.”