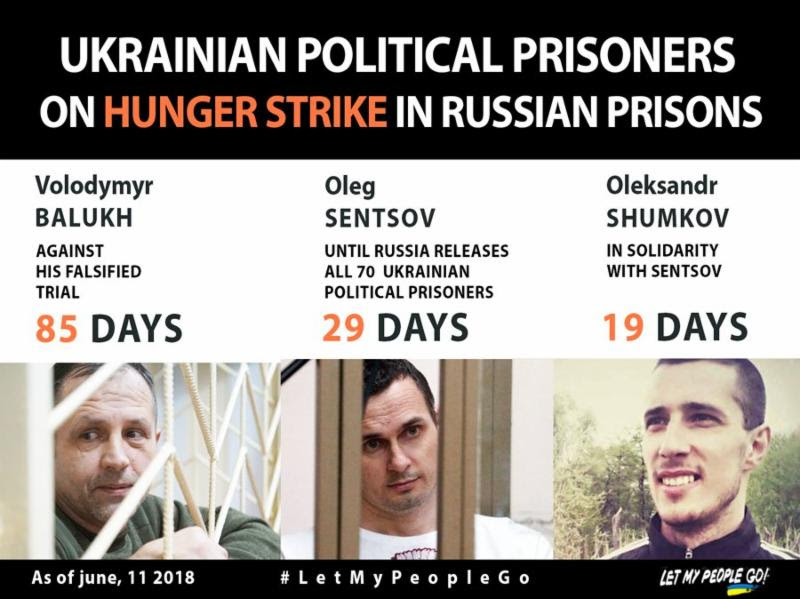 1. Russian Invasion of Ukraine
Ukraine’s Ministry of Defense reported at 12:30 PM Kyiv time that in the last 24 hours, no Ukrainian soldiers were killed and three Ukrainian soldiers were wounded in action. In the last 24 hours, Russian-terrorist forces opened fire on Ukrainian positions on the Luhansk and Donetsk sectors of the front 27 times in total, including at least 10 times with heavy weapons – artillery and mortars. 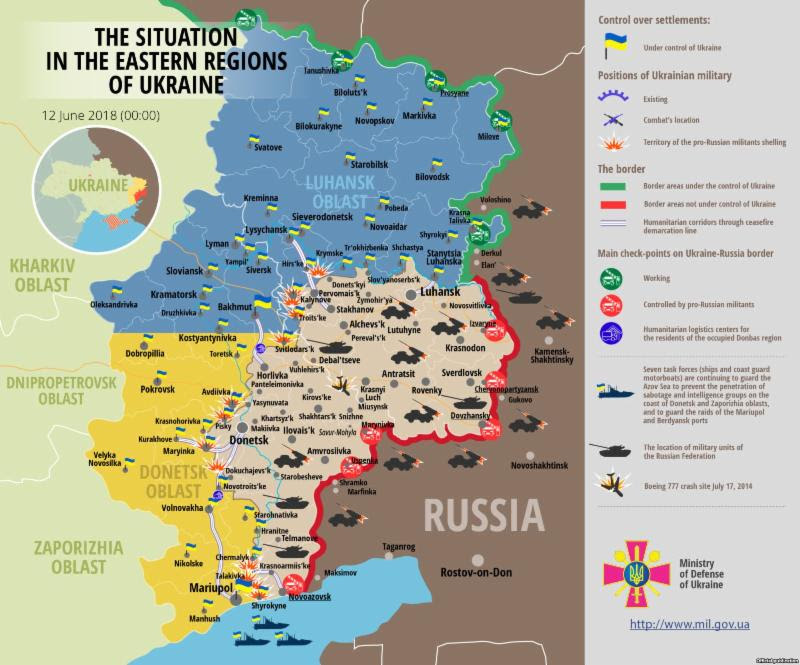 2. Ukraine files Memorandum in International Court of Justice against Russia’s violations of International Convention for Suppression of Financing of Terrorism and UN Convention on the Elimination of All Forms of Racial Discrimination
Ukraine has filed a memorandum in the International Court of Justice against Russia’s violations of the International Convention for the Suppression of Financing of Terrorism and the UN Convention on the Elimination of All Forms of Racial Discrimination.
Ukraine’s President Petro Poroshenko stated, “The presentation of the Memorandum in the case against Russia is an important stage in proving that the Russian Federation will bear responsibility for all its illegal actions.
The whole world is trying to convince Russia to recognize the illegality of its actions and get out of the occupied regions of the Donbas and the Crimea.
Meanwhile, Russia still stubbornly laments that they did not occupy the Ukrainian lands, brought the Buk for the downing of MH-17, brought Grads, which fired on civilians of Mariupol, Kramatorsk and Avdiivka and a checkpoint in Volnovakha. Officials of the Russian Federation are stubbornly lying that they did not recruit terrorists who carried out explosions in Odesa, Kharkiv and Kyiv. […]
We can overcome this lie only with truth and evidence. In order to do this, we need the position of the International Court of Justice, which will give an appropriate assessment of the actions of the Russian Federation and will not leave them the opportunity to hide from responsibility behind the next manipulations and shouting ‘it’s not us’ and ‘we are not there.’ […]
There is still a lot of work to bring the truth, but the truth is on our side and that’s why we will advocate and defend it with all the proper means.”
3. No agreement from Russia on UN peacekeeping mission – meeting of ‘Normandy’ Foreign Ministers
Reuters reported, “The foreign ministers of Russia, Ukraine, Germany and France met in Berlin on Monday to discuss the implementation of a fragile ceasefire for Ukraine and the deployment of a UN peacekeeping mission in the country’s conflict zone.
German Foreign Minister Heiko Maas said after the four-way talks that Russia and Ukraine agreed in principle on a UN peacekeeping mission, but their ideas about how to implement it were still ‘very much apart.’
‘Regarding the parameters of a possible UN mission for Eastern Ukraine, we agreed to instruct our political directors to continue negotiations not about if but how such a mission could happen and discuss this in the coming weeks,’ Maas said.”
0 Likes