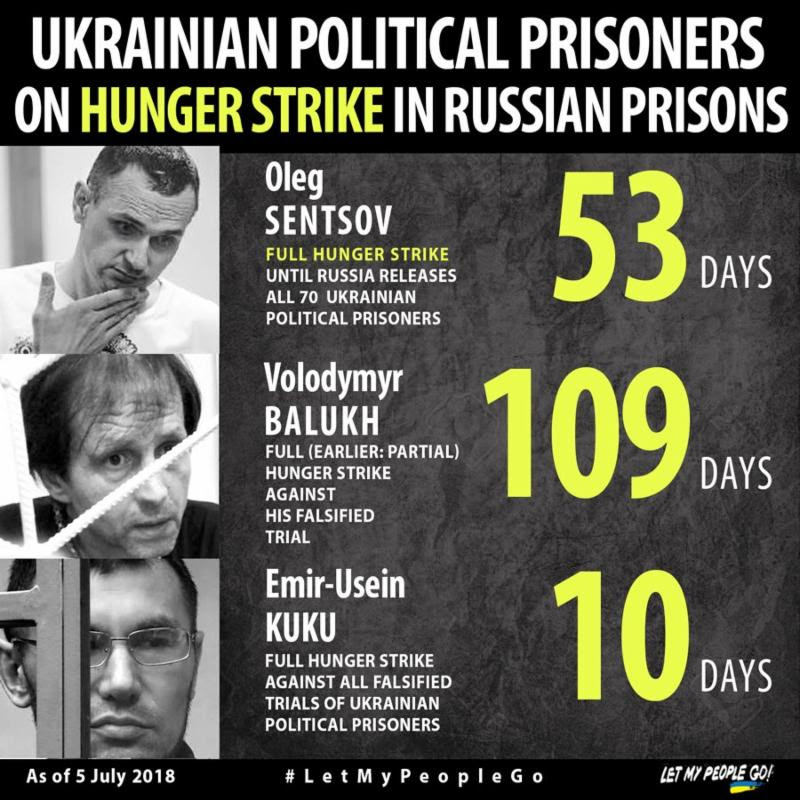 1. Russian Invasion of Ukraine
Ukraine’s Ministry of Defense reported at 12:30 PM Kyiv time that in the last 24 hours, no Ukrainian soldiers were killed and one Ukrainian soldier was wounded in action. In the last 24 hours, Russian-terrorist forces opened fire on Ukrainian positions on the Luhansk and Donetsk sectors of the front 26 times in total.
2. Three Ukrainian soldiers die training accident in western Ukraine
Ukraine’s Ministry of Defense reported that at 6am Kyiv time today, three Ukrainian soldiers died and nine Ukrainian soldiers were injured in a training accident at a base near Rivne. The accident was caused by the explosion of a mortar shell during tactical exercises.
Ukraine’s President Petro Poroshenko instructed the Minister of Defense and Chief of General Staff to “urgently find out the reasons of the tragedy and report on the results of the investigation next week.”
President Poroshenko stated, “It is required to take every step to prevent the repetition of such tragedies. I instruct you to stop using these mortars until the investigation is completed.”
3. EU extends Russia sanctions through January 2019

The European Union officially extended sanctions against Russia imposed in response to Russia’s violations of Ukraine’s sovereignty and territorial integrity. Radio Free Europe/Radio Liberty (RFE/RL) reported, “The extension was finalized on July 5 and comes after EU leaders unanimously agreed to prolong the measures during the bloc’s summit in Brussels on June 29. The measures primarily hit Russia’s banking and energy sectors.
At the EU summit, German Chancellor Angela Merkel and French President Emmanuel Macron updated EU counterparts on the state of play of the implementation of the Minsk agreements, to which the sanctions are linked.”
4. US calls on Russia to release more than 60 Ukrainians Russia has unjustly imprisoned

On July 5, the US Mission to the OSCE stated, “the United States is appalled that Russia has once again denied the Ukrainian human rights ombudsman’s requests to visit a number of Ukrainians unjustly imprisoned in Russia, including Crimean filmmaker Oleh Sentsov, who has been on a hunger strike for 54 days. A July 2 announcement by Crimean authorities that they intend to seek a second four-year prison term for Volodymyr Balukh appears to be in retaliation for his hunger strike, which is now in its 109th day. We again note our concerns about the resumption in Crimea of the practice of punitive psychiatric incarceration.
Regrettably, the latest victim is Crimean Tatar blogger Nariman Memedeminov, who was ordered into 20 days of psychiatric “evaluation” on June 29 as he awaits prosecution on baseless terrorism charges. We reiterate our call on the Russian Federation to release all of the more than 60 Ukrainians it has unjustly imprisoned, to cease its campaign against Crimean Tatars, ethnic Ukrainians, and other minorities on the peninsula, and to end its occupation of Crimea.
The United States fully supports Ukraine’s sovereignty, independence, and territorial integrity within its internationally-recognized borders. We do not, nor will we ever, recognize Russia’s purported annexation of Crimea. Crimea-related sanctions will remain in place until Russia returns full control of the peninsula to Ukraine. The United States joins our European and other partners in affirming that our Minsk-related sanctions against Russia will remain in place until Russia fully implements its Minsk commitments.”
5. Ukraine passes IMF-backed law to make banks more independent
Reuters reported on July 5, “Ukraine’s parliament on Thursday passed a law requiring state-run banks to appoint a majority of independent members to their supervisory boards, a commitment made to the backers of its $17.5 billion bailout.
The law aims to bring corporate governance at the banks into line with international standards and help the lenders resist political pressure, the finance ministry said in a statement after the vote.”
0 Likes