International community must act to #FreeSentsov

International community must act to #FreeSentsov

“Canada has taken no actions against the Russian officials responsible for the illegal imprisonment and maltreatment of Oleh Sentsov and many other Ukrainian citizens,” stated Paul Grod, National President of the UCC. “Statements calling on Russia to release these prisoners are not enough. Canada and the international community need to significantly increase pressure through increased economic and diplomatic sanctions on the Russian regime in order to ensure that Sentsov and all other illegally imprisoned Ukrainians are returned home.”

In October 2017, the Justice for Victims of Foreign Corrupt Officials Act (Magnitsky Act) received Royal Assent and became the law of the land in Canada. The Magnitsky Act provides “for the taking of restrictive measures in respect of foreign nationals responsible for gross violations of internationally recognized human rights.” To date, the Government of Canada has taken no action against Russian officials responsible for the illegal imprisonment and egregious violation of human rights of Ukrainian political prisoners.

Today, the Kharkiv Human Rights Protection Group (KHPG) reported, “Ukrainian filmmaker and Kremlin hostage Oleg Sentsov is dangerously weak after 87 days on hunger strike in a Siberian prison.  Russia is making no move to release him, and in a move of gratuitous brutality is preventing him from receiving the letters of support being sent from all over the world.”

Sentsov’s lawyer, Dmitry Dinze, stated that Sentsov’s “condition is extremely bad, and that problems have again started with his heart because of the heat last week of up to 40 degrees Celsius.  His pulse is very weak, his blood pressure low and his heart is not functioning properly.  This is against a background of problems that have emerged with his kidneys and liver, and he is suffering from anaemia.”

For the full report from KHPG, please see here: “The end is near”: Grave fears for the life of Kremlin hostage Oleh Sentsov

Show your support for Ukrainians illegally imprisoned by Russia! 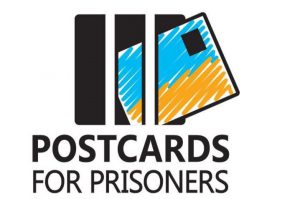 Join the Ukrainian World Congress (UWC) call on the international community to show its support for the many Ukrainian citizens illegally imprisoned by Russia!