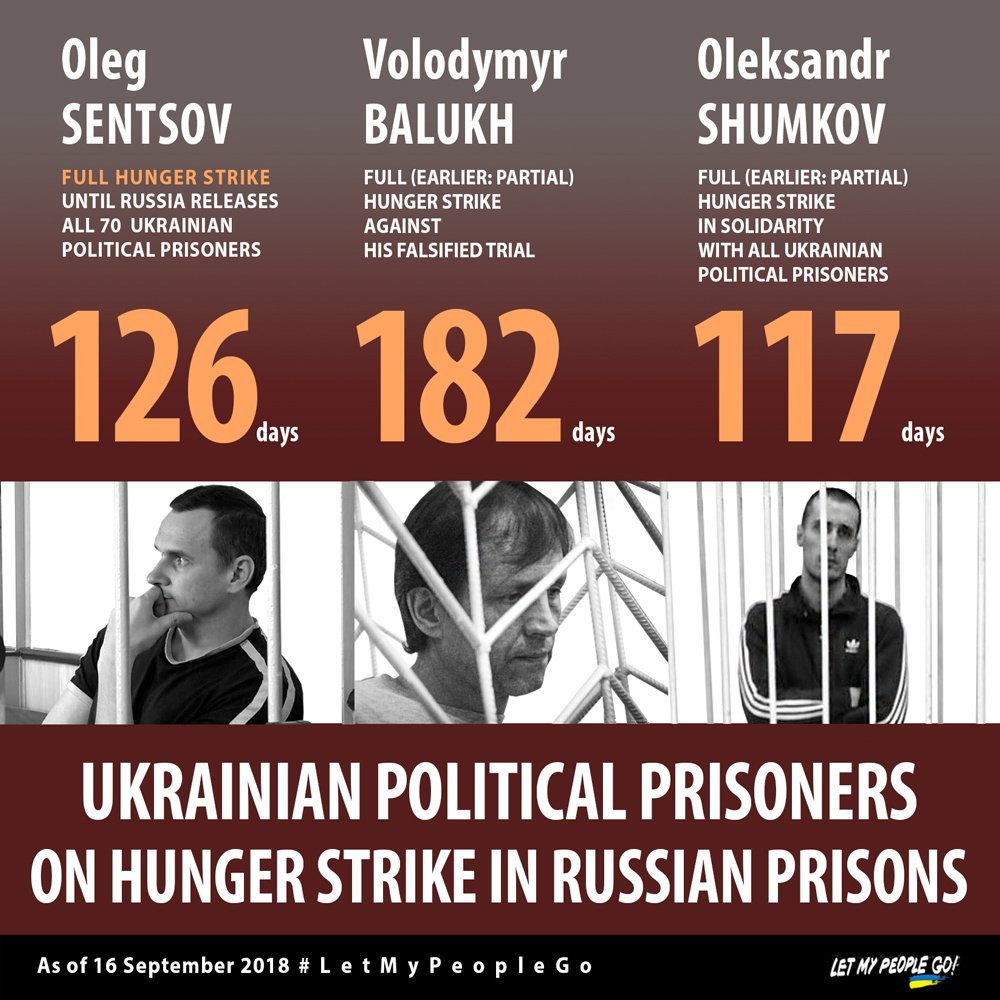 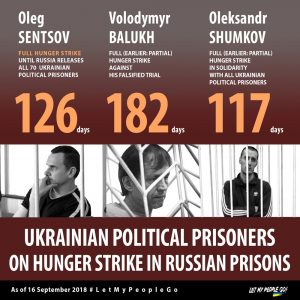 September 18, 2018. OTTAWA. The Ukrainian Canadian Congress (UCC) is calling on Canada’s Members of Parliament to take a strong stand in support of over 70 Ukrainian political prisoners illegally jailed by Russia.

As the fall session of Parliament gets underway, today the UCC sent a letter and briefing note to Canada’s MPs urging them to support the immediate implementation of sanctions against Russian officials responsible for the illegal imprisonment and maltreatment of Ukrainian political prisoners.

“Ukrainian political prisoners are subject to serious violations of their human rights, including documented cases of torture, ill treatment, and refusal to provide medical care. The names of the Russian officials responsible for these violations are easily identifiable,” stated UCC CEO Ihor Michalchyshyn in the letter to MPs. “The continuing inaction of the Government of Canada on this issue is a matter of increasing alarm to the 1.3-million strong Ukrainian community in Canada. The UCC has raised this issue in numerous communications with high-ranking Canadian officials.”

In October 2017, Canada’s Parliament adopted the Magnitsky Act, which gives the Government of Canada the tools to sanction foreign nationals responsible for gross violations of internationally recognized human rights.

“Three political prisoners – Volodymyr Balukh, Oleh Sentsov, and Oleksandr Shumkov – are on hunger strikes lasting over 100 days in protest against Russia’s ongoing illegal detentions of Ukrainian political prisoners and violations of human rights,” stated Michalchyshyn. “Canada, which aspires to leadership in supporting human rights around the world, needs to take immediate action against Russian officials responsible for their imprisonment.”

The UCC’s briefing note to MPs is available here

The UCC’s letter to MPs is available here