1. Russian Invasion of Ukraine
Ukraine’s Ministry of Defence reported that during the week of September 28-October 4, one Ukrainian soldiers was killed and eleven Ukrainian soldiers were wounded in action on the eastern front. Throughout the week, Russian-terrorist forces opened fire 190 times on Ukrainian positions on the Luhansk and Donetsk sectors of the front, including at least 36 times with heavy weapons. Ukraine’s Joint Forces Operation headquarters reported that returning fire, Ukrainian forces killed 20 and wounded 36 enemy combatants in the last week.
2. Ukrainian political prisoner Oleh Sentsov forced to end hunger strike under threat of force-feeding by Russian authorities

On October 5, Ukrainian political prisoner Oleh Sentsov, illegally jailed in Russia, was forced to end his 144-day hunger strike under threat of force-feeding by Russian authorities.
Radio Free Europe/Radio Liberty (RFE/RL) reported, “‘I’m forced to halt my hunger strike from tomorrow, that is October 6,’ Sentsov said in a hand-written statement, a copy of which was released to the media by his lawyer Dmitry Dinze. He said Russian authorities had planned to start force-feeding him.”
Sentsov began his hunger strike on May 14, demanding that Russia release over 70 Ukrainian citizens illegally jailed in Russia or Russian-occupied Crimea. Russia has ignored repeated calls by the international community for their immediate release.
On October 5, Ukrainian parliament Commissioner for Human Rights Lyudmyla Denisova issued a statement on the condition of Ukrainian political prisoner Oleh Sentsov, illegally imprisoned by Russia. Denisova stated, “Oleh Sentsov has ended his hunger strike. That means he is in critical condition, almost beyond the limit. Russia has stated, without providing any medical documents, that his health is satisfactory. This is a falsehood. If this was the case they would not be ‘convincing’ him to end his hunger strike and they would not constantly be applying psychological pressure to the political prisoner. […]
Ending a hunger strike is a process more complicated and terrifying than the hunger strike itself. And I am deeply convinced that in Russia he will not be given the proper medical care. I have earlier demanded that he be treated by qualified specialists, but the Kremlin has refused. […]
I demand that Russia allow the most qualified independent medical experts to perform a full medical examination. I want to see their conclusions on the health of Oleh Sentsov. Additionally, professional specialists-nutritionists must develop a plan for ending the hunger strike. We can bring these doctors from Ukraine or the EU.
I demand Russia expedite my access to Oleh Sentsov. I need to see for myself that there is no threat to his life. I am ready to leave today for the prison colony in Labytnangi.”
3. Ukraine’s Parliament extends Donbas special status law by one year
On October 4, Ukraine’s Parliament extended the “Law on special procedures of local self-government in certain areas of Donetsk and Luhansk oblasts,” for one year. 245 MPs voted in support. The law was first adopted in 2014. Ukrinform reported, “The adoption of the bill is aimed, among other things, at determining the need to preserve the international sanctions regime introduced to restore the territorial integrity and sovereignty of Ukraine, as well as creating the necessary conditions for the deployment of a United Nations peacekeeping operation in certain areas of Donetsk and Luhansk regions of Ukraine.” No MPs from the Samopomich or the Batkivshchyna parliamentary factions voted to support the bill.
US Special Representative for Ukraine Negotiations Kurt Volker stated, “Congratulations to Poroshenko, Parubiy and Ukraine’s Parliament for renewing special status. Major step; Ukraine doing its part for peace. Now it’s Russia’s turn. Disappointed some major political figures did not support this important step. Ukraine has repeatedly done its part to implement Minsk, now Russia must fulfill its commitments – a real ceasefire, withdrawal of foreign fighters/equipment, removal of illegal armed formations, exchange detainees.”
4. US Senate passes Resolution recognizing Holodomor as Genocide against Ukrainians 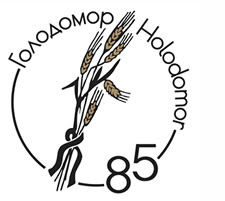 On October 3, the US Senate unanimously adopted S.Res. 435, Expressing the sense of the Senate that the 85th anniversary of the Ukrainian Famine of 1932-1933, known as the Holodomor, should serve as a reminder of repressive Soviet policies against the people of Ukraine.
The resolution states that the US Senate:
“(1) solemnly remembers the 85th anniversary of the Holodomor of 1932-1933 and extends its deepest sympathies to the victims, survivors, and families of this tragedy;
(2) condemns the systematic violations of human rights, including the freedom of self-determination and freedom of speech, of the Ukrainian people by the Soviet government;
(3) recognizes the findings of the Commission on the Ukraine Famine as submitted to Congress on April 22, 1988, including that ‘Joseph Stalin and those around him committed genocide against the Ukrainians in 1932-1933;’
(4) encourages dissemination of information regarding the Holodomor of 1932-1933 in order to expand the world’s knowledge of this manmade tragedy; and
(5) supports the continuing efforts of the people of Ukraine to work toward ensuring democratic principles, a free-market economy, and full respect for human rights, in order to enable Ukraine to achieve its potential as an important strategic partner of the United States in that region of the world, and to reflect the will of its people.”
The full text of the Resolution is available here
5. Canadian Armed Forces hosting over 20 nations in counter-explosive threat training; Ukraine participating for the first time
Exercise ARDENT DEFENDER, the largest counter-explosive threat training ever to take place in Canada, began October 1 at CFB Borden and 4th Canadian Division Training Centre in Meaford, ON. For the first time in the history of the exercise, a unit from the Ukrainian Armed Forces is participating.
Canada’s Department of National Defence stated, “The aim of the exercise is to refine skills needed to defeat explosive threats that could be faced during operations. This training aligns with Strong, Secure, Engaged: Canada’s Defence Policy, which lays out a clear plan for modernizing the suite of improvised explosive device detection and defeat capabilities required to operate in the modern security environment.
Exercise ARDENT DEFENDER 2018 includes participation from various Canadian police agencies and other government departments, including Global Affairs Canada, the Ontario Provincial Police, the Peel Regional Police, the York Regional Police, the Niagara Regional Police, and the Sûreté du Québec.
The exercise has also drawn participants from over 20 nations, and observers from the United Nations and NATO, making it one of the most multinational exercises hosted by the Canadian Armed Forces (CAF).
This year’s exercise will include a two-day scenario in the community of Meaford, Ontario, giving city preparedness officials, police agencies and first responders an opportunity to work with the CAF in a realistic training environment.”
6. US Defense Secretary: Russia must be held accountable for cyber attacks
Reuters reported on October 4, “U.S. Defense Secretary Jim Mattis said on Thursday Russia must be held accountable for its attempts to hack the Organization for the Prohibition of Chemical Weapons (OPCW).
‘Basically, the Russians got caught with their equipment, with people who were doing it and they have to pay the piper, they are going to have to be held to account. How we respond is a political decision by the nations involved,’ Mattis said after a meeting with his NATO counterparts, although he said there would not necessarily be a ‘tit-for-tat’ response by the West.
Britain and the Netherlands have accused Russia of running a global campaign of cyber attacks to undermine democracies, including a thwarted attempt to hack into the U.N. chemical weapons watchdog while it was analyzing a Russian poison used to attack a spy.
‘We are ready today to provide cyber support to our allies, I’ve seen enough of the evidence to say that the Dutch and the British are 100 percent accurate in who they have attributed this to,’ Mattis said.”
7. Ukraine goods exports increase 12.7% in first 7 months of 2018
On October 2, Ukraine’s Ministry of Economic Development and Trade reported that Ukraine’s exports of goods increased by 12.7% (to $26.9 billion) in the first 7 months of 2018, compared to the same period in 2017. Ukrainian exports have been growing for 19 months in a row. The largest gains were in metallurgy (30.7%), machine products (14.9%), chemicals (26.1%), wood and paper (29.5%), various industrial goods (20.3%) and light industry (18.7%). Exports of goods to the EU, Ukraine’s largest trading partner, grew by 18.7% in the first 7 months of 2018 compared with the same period in 2017, the Ministry stated.
0 Likes