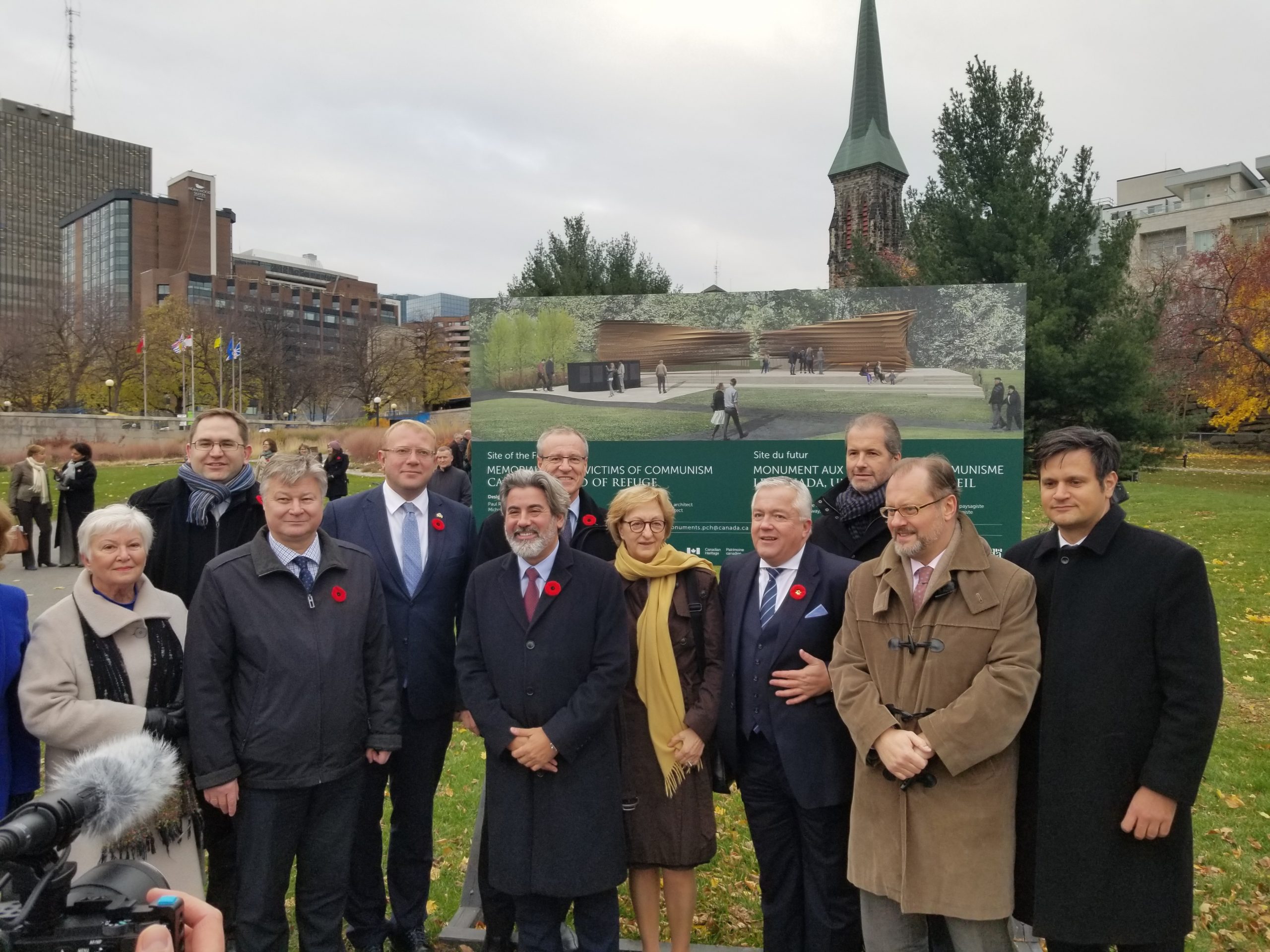 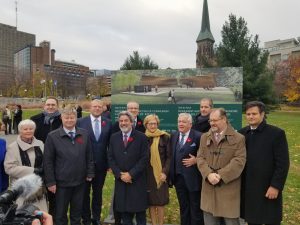 November 13, 2018. OTTAWA. On November 8, the sod-turning ceremony at the site of the Memorial to the Victims of Communism – Canada, a Land of Refuge, took place in Ottawa. The Ukrainian Canadian Congress (UCC) was represented at the ceremony by UCC CEO Ihor Michalchyshyn and UCC Senior Policy Advisor Orest Zakydalsky.

The sod-turning ceremony was attended by the Honourable Pablo Rodriguez, Minister of Canadian Heritage and Multiculturalism.

Minister Rodriguez stated, “The Memorial to the Victims of Communism – Canada, a Land of Refuge seeks to honour and remember those who have fled and suffered under communist regimes. We break ground today for this monument as we reflect on the fact that tomorrow, November 9, we will mark the fall of the Berlin Wall—one of the most notorious symbols of the Cold War. Next year, when the Memorial to the Victims of Communism rises on this spot, we will cherish and remember the many families that were torn apart by this world event, and the role Canada played providing refuge.”

The site of the Memorial is on the west side of the Garden of Provinces and Territories in the Parliamentary Precinct in our nation’s capital. The Memorial is scheduled to be inaugurated in fall, 2019.

“Many members of the Ukrainian Canadian community had to leave Ukraine to escape Communist tyranny or are direct descendants of those who did. Many lost family members and friends – victims of Soviet Communist brutality and cruelty,” stated Michalchyshyn. “Due to the generous support of so many members of our community, Canada will have a place to honour the many millions of victims of Communism around the world. It is our solemn duty to ensure that the crimes of Communism are never repeated.”

In late 2017, the UCC Board of Directors announced a contribution of $25,000 to Tribute to Liberty, established in 2008 to spearhead the construction of Canada’s Memorial to the Victims of Communism. The UCC expresses its sincere gratitude to the many Ukrainian Canadians whose donations have made the construction of the Memorial to the Victims of Communism possible. A list of donors to the Memorial is available here

The release from the Government of Canada is available here