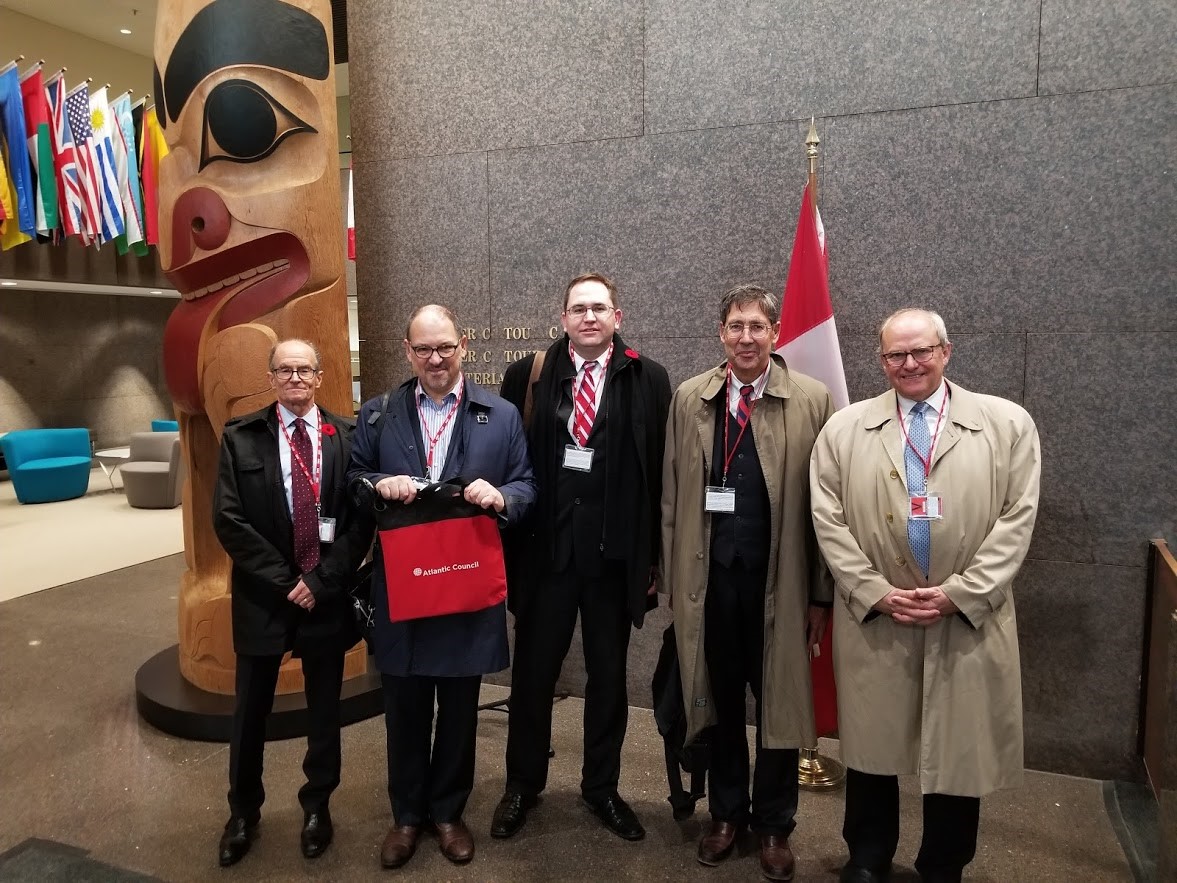 November 14, 2018. OTTAWA. The Ukrainian Canadian Congress (UCC) welcomed a delegation from the Atlantic Council to Ottawa on November 6 and 7 for a series of discussions with high-level Canadian officials.

The delegation shared their insights and recommendations on Canada’s and the US’ policies regarding Russia sanctions; defence and security support for Ukraine; NATO in the context of Russia’s aggression against Ukraine and other neighbours; and reforms and domestic politics in Ukraine ahead of Ukraine’s 2019 election cycle.

The delegation met with the Honourable Harjit Sajjan, Canada’s Minister of National Defence; John Hannaford, Foreign and Defence Policy Advisor to the Prime Minister, Privy Council Office; senior officials at Global Affairs Canada; Members of Parliament and Senators; and testified at the House of Commons Standing Committee on National Defence.

“The greatest, immediate strategic danger that the West faces right now emanates from Moscow. And we need to take the necessary measures to defend ourselves and protect our interests. Over the past two years, NATO has taken important steps to address this problem,” stated Ambassador Herbst at the Defence Committee hearing. “And this brings us back to Ukraine. The West has a great interest in helping Ukraine withstand the Kremlin’s aggression. If Moscow loses in the Donbas, its appetite for adventurism in the Baltics and elsewhere will disappear. Increasing our support for Ukraine is therefore the smart way to protect our NATO allies and the post-Cold War security structure.”

Audio of the delegation’s testimony at the Committee on National Defence is available here:

On November 7, the Centre for International Policy Studies at the University of Ottawa hosted Ambassadors Herbst and Fried for a public event, focused on the challenges to democratic states and the NATO alliance posed by a resurgent Russia, the concept of hybrid warfare, the rise of cyberattacks and disinformation campaigns.

To view a video of the event at the Centre for International Policy Studies please click below:

“The UCC was privileged to partner with the Atlantic Council on sharing their important and timely views with senior Canadian officials, policymakers and decisionmakers,” stated Ihor Michalchyshyn, UCC CEO. “The recommendations provided to Canada by this distinguished delegation, based on their decades of experience in foreign policy, are crucial in ensuring a united Western response to continued Russian aggression.”

One of Washington’s foremost foreign policy think-tanks, the Atlantic Council promotes constructive leadership and engagement in international affairs based on the Atlantic Community’s central role in meeting global challenges.