Ukrainians mark Day of Dignity and Freedom20 November 2018Next 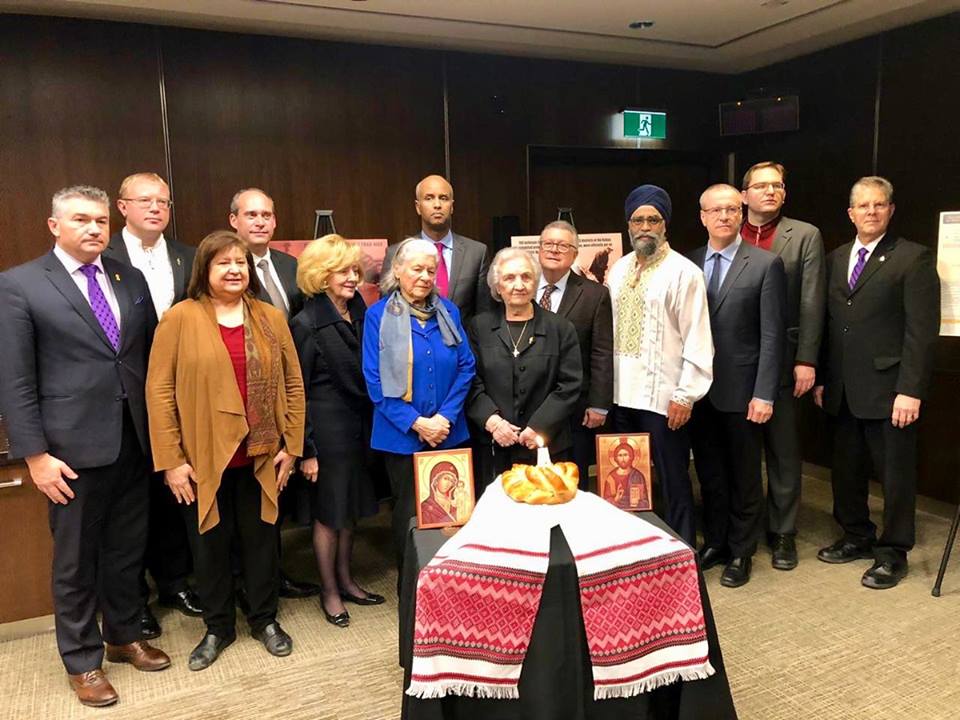 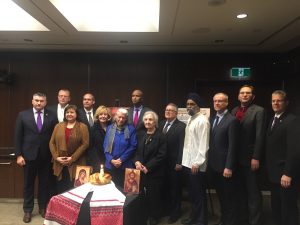 November 22, 2018. OTTAWA. On November 20, the Ukrainian Canadian Congress, the Canada-Ukraine Parliamentary Friendship Group and the Embassy of Ukraine in Canada held a well-attended, solemn commemoration in Canada’s Parliament to mark the 85th anniversary of the Holodomor, the genocide of the Ukrainian people.

In 1932-33, the totalitarian Soviet Communist regime of dictator Joseph Stalin sentenced the Ukrainian nation to death by starvation. Millions of children, women and men were condemned to death because of the Ukrainian peoples’ aspiration for independence, their desire to speak their language and maintain their culture and traditions. 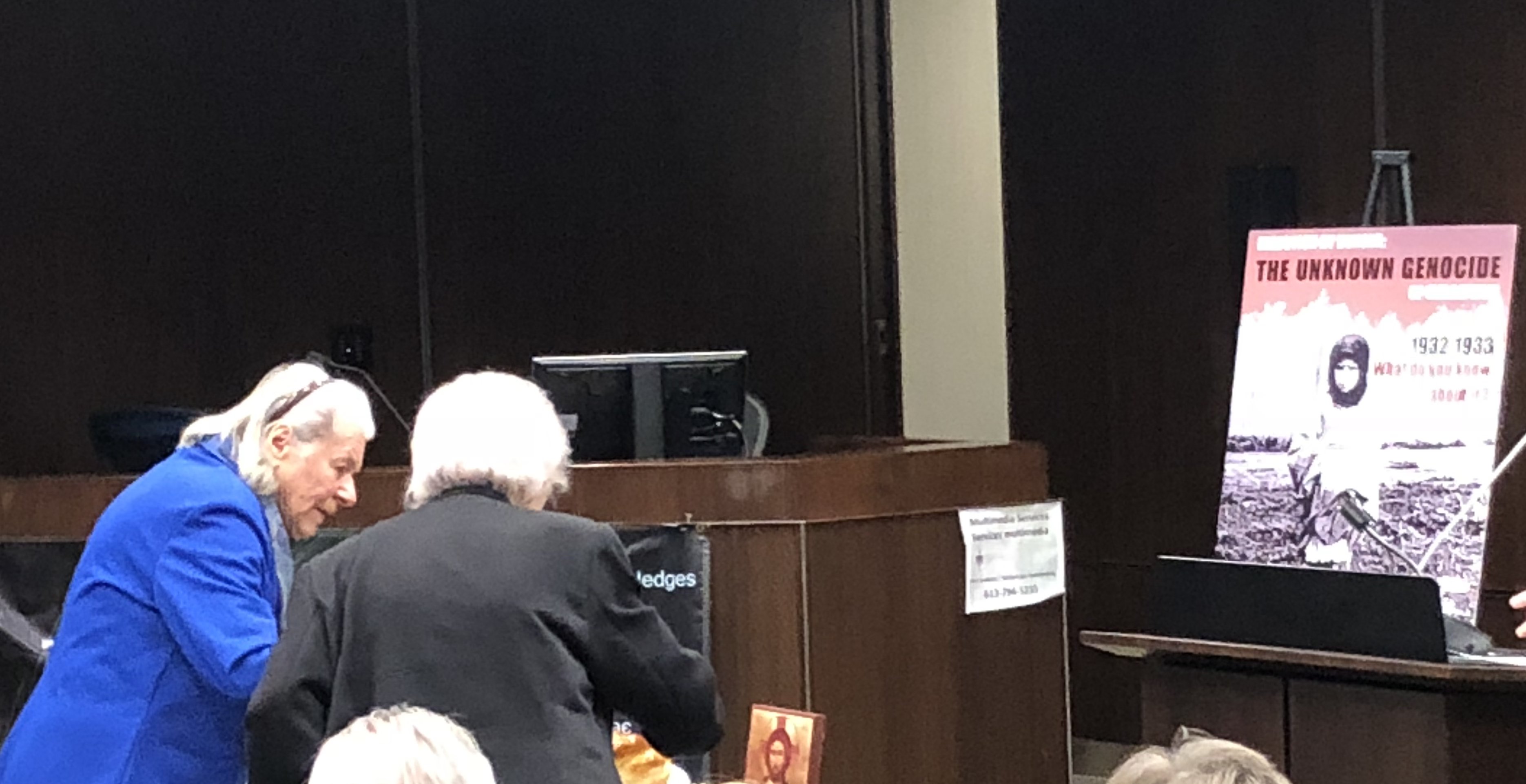 The UCC was honoured to welcome Holodomor Survivors Dr. Julia Woychyshyn and Halyna Zelem, who lit the ceremonial candle at the beginning of the ceremony on Parliament Hill yesterday. 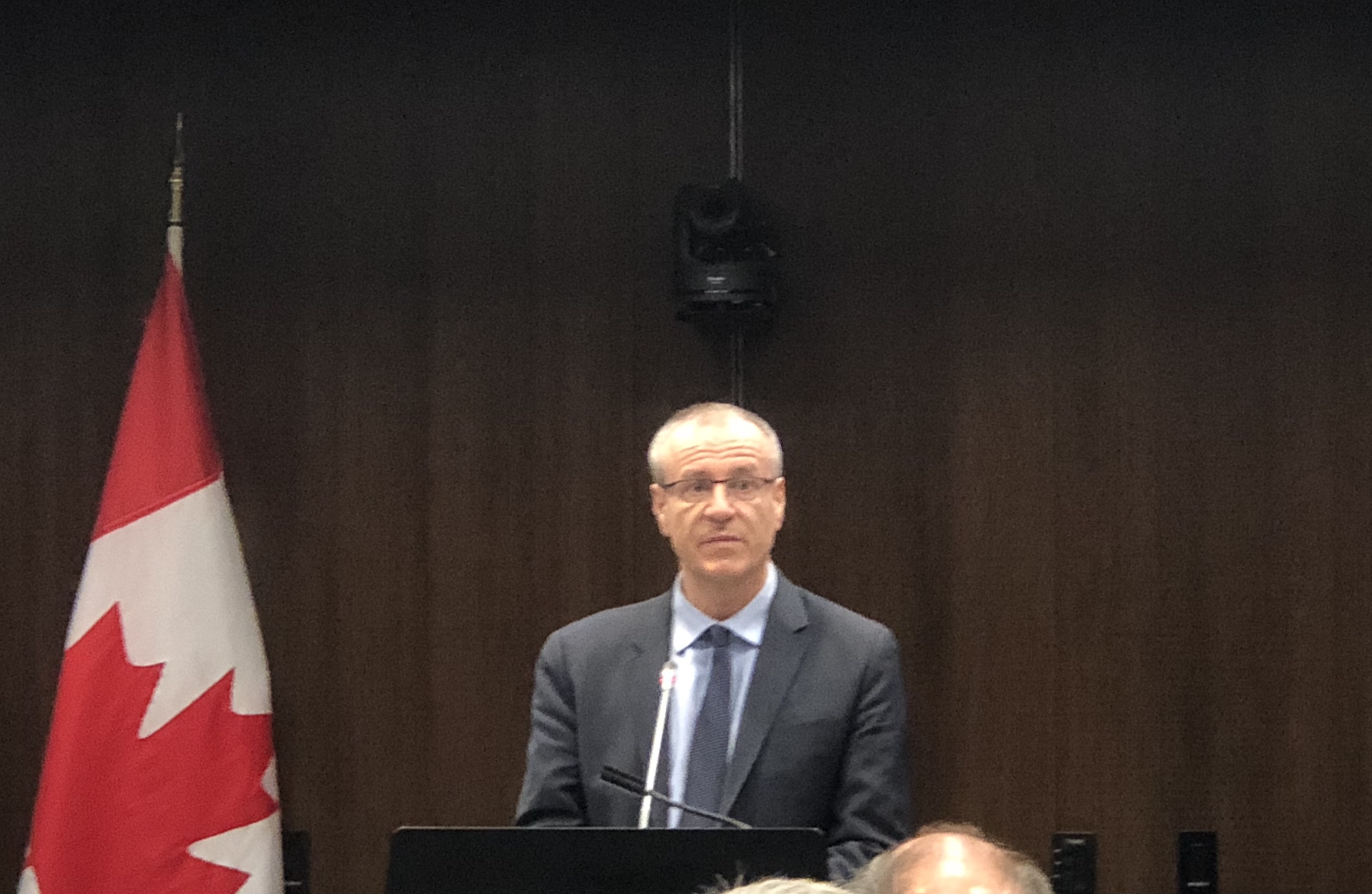 The Master of Ceremonies of the commemoration was Borys Wrzesnewskyj, MP, Chair of the Canada-Ukraine Parliamentary Friendship Group. Reverend Father Andrew Onuferko led the Opening Prayer.

View the livestream of the event below 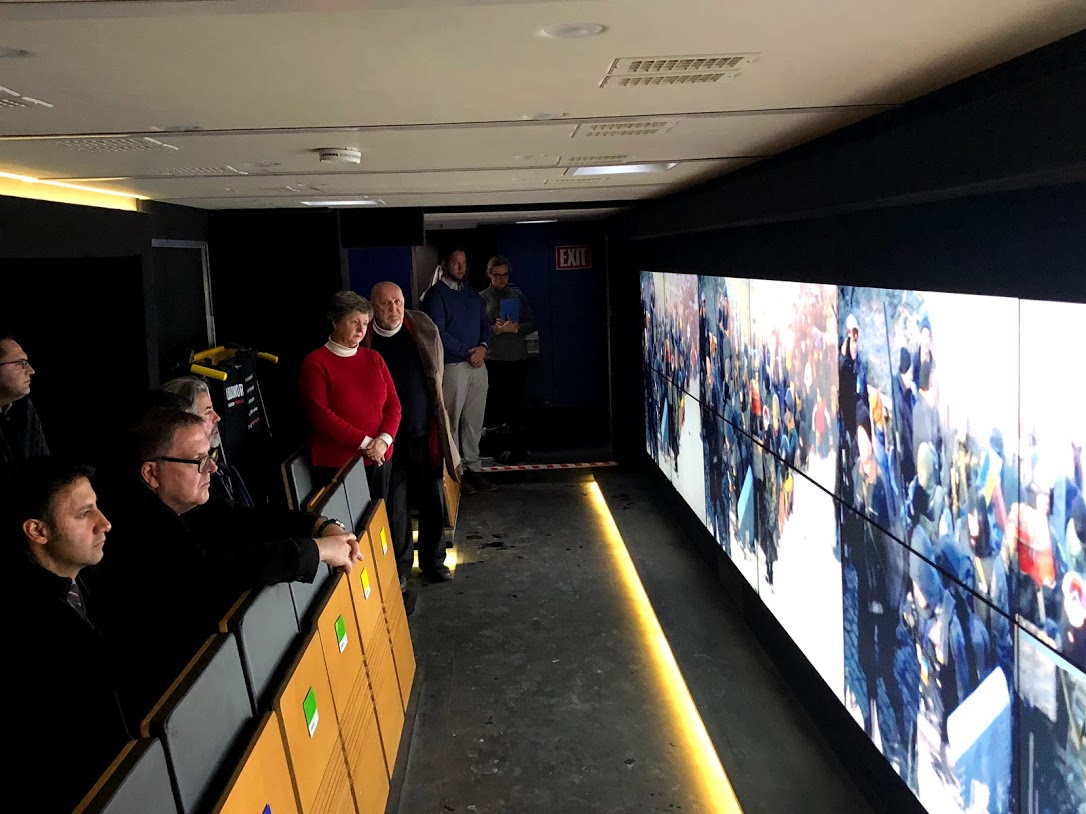 Earlier in the day, Members of Parliament and guests to Parliament Hill had the opportunity to visit the Holodomor National Awareness Tour Mobile Classroom (http://www.holodomortour.ca/).

The mobile classroom, a 40-ft RV, which has been travelling across Canada, provides students with an innovative learning experience about social justice, human rights and democratic values in relation to the genocide by famine which killed millions of Ukrainians. The Government of Canada, through InterAction, Canada’s multiculturalism grants and contributions program, has provided a three-year grant valued at $1.5 million to support this project.

International Holodomor Memorial Day is on Saturday, November 24. At 7:32 p.m. (19.32) local time please pause for a moment of silence and honour the memory of the victims by lighting a candle of remembrance in your home. Posting photos of your candles on social media with your thoughts of remembrance will help raise awareness. More information on Holodomor Awareness Week is available here https://www.ucc.ca/programs/projects/holodomor/