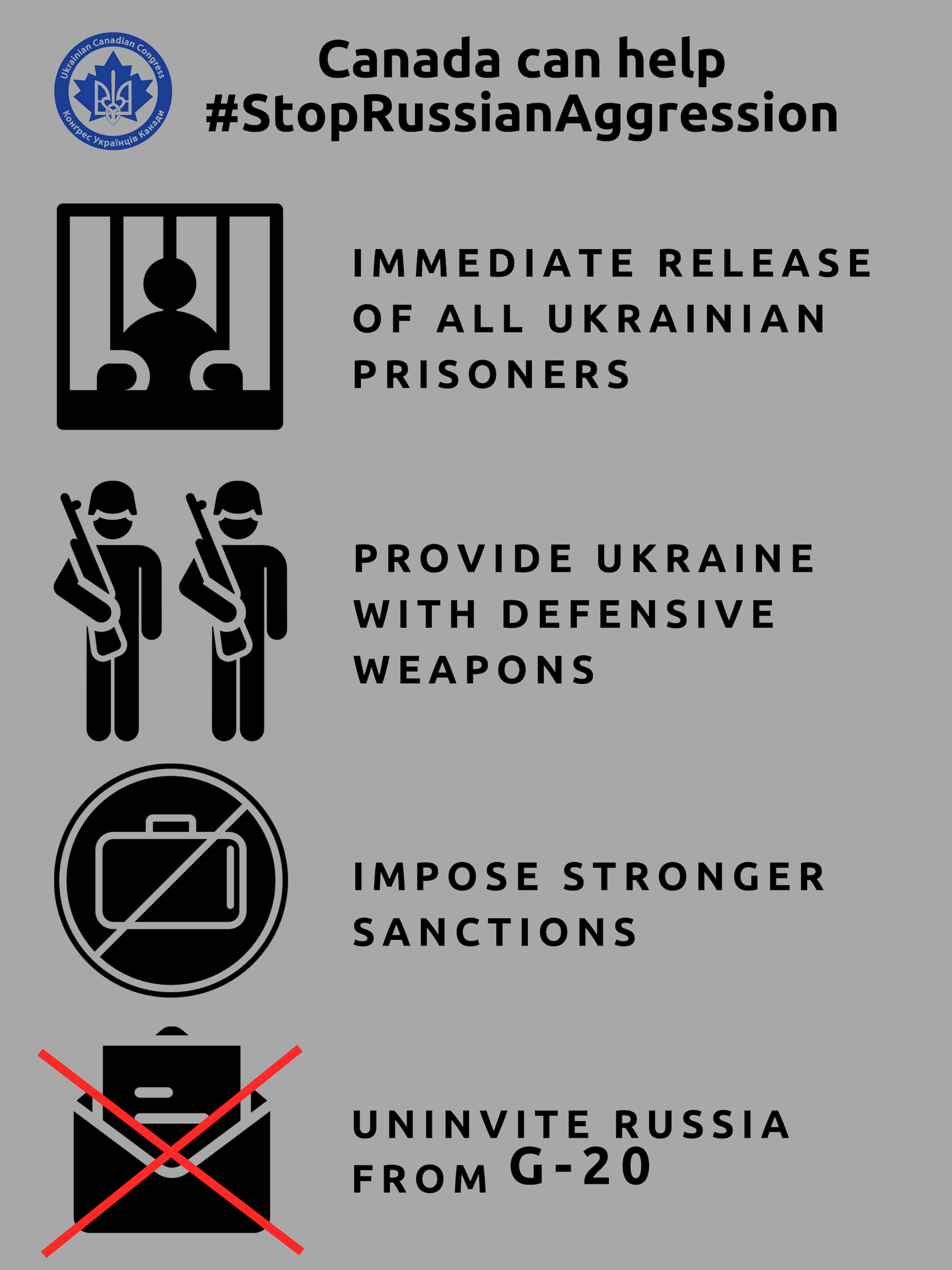 On November 25, in a deliberate and unprovoked attack, Russian warships attacked and opened fire on Ukrainian navy ships in neutral waters in the Sea of Azov.

This was neither an error nor a coincidence. It was an open act of aggression against Ukraine.

Russia’s actions have been condemned by Canada, the US, the EU, NATO and other members of the international community.

Ukraine’s Parliament met today to consider President Poroshenko’s request to institute emergency measures including martial law in certain areas of the country in response to the heightened threat of additional aggression by Russia. 276 MPs (226 needed) voted to support the implementation of the Decree.

President Poroshenko stated that “I emphasize that I do not envisage any measures in the Decree related to the restriction of the rights and freedoms of citizens.”

The Decree is being implemented in 10 oblasts that border the Black Sea, the Azov Sea and Russia. It is valid for 30 days. The President stated and Parliament affirmed in a resolution declaring that the presidential election will be held as scheduled March 31, 2019.

Four priorities: What Canada and the international community need to do

What you can do