Ukraine: Weekly Bulletin
December 8-14, 2018
1. Russian Invasion of Ukraine
Ukraine’s Ministry of Defence reported that during the week of December 7-13, three Ukrainian soldiers were killed and five Ukrainian soldiers were wounded in action on the eastern front. Throughout the week, Russian-terrorist forces opened fire 92 times on Ukrainian positions on the Luhansk and Donetsk sectors of the front, including at least 22 times with heavy weapons. Ukraine’s Joint Forces Operation headquarters reported that returning fire, Ukrainian forces killed 12 and wounded 24 enemy combatants in the last week.
2. Illegally imprisoned Ukrainian sailors tell Russia: We won’t testify

Reuters reported on December 14, “Two Ukrainian navy captains being held in a Russian jail have refused to provide testimony because they consider themselves prisoners of war, their lawyers said on Wednesday.
Russia seized three Ukrainian navy vessels and their combined crew of 24 last month off the coast of Russian-annexed Crimea and accused them of illegally entering Russian waters. […]
The United States and the European Union have called for the release of the sailors, who are in pretrial detention in Moscow.
Roman Mokryak, the commander of one of the gunboats, told Russian investigators he would not provide any information until his crew was released, his lawyer, Ilya Novikov, said on Wednesday.
‘He believes he alone answers for what happens on board, that his crew carried out his orders and that they cannot be held to account,’ Novikov wrote on Facebook.
Oleh Melnychuk, the captain of the tugboat, has also refused to testify, denying Moscow’s accusations and calling himself a prisoner of war, his lawyer Edem Semedlyayev wrote in a separate Facebook post on Wednesday. No date has been set for the sailors’ trial.
Ukraine has said it fears Russia is preparing to attack it, citing an alleged military buildup along its border. […]
In Washington, the Pentagon said Ukraine Navy Commander Admiral Ihor Voronchenko would be meeting with officials, including Chief of U.S. Naval Operations Admiral John Richardson, on Thursday and Friday.
‘(Pentagon) leaders will reiterate the U.S. support for Ukraine’s sovereignty and territorial integrity within its internationally recognized borders, extending to its territorial waters, as well as the right of its vessels to traverse international waters,’ Pentagon spokesman Eric Pahon told Reuters on Thursday.”
3. Sentsov awarded 2018 Sakharov Prize for Freedom of Thought by European Parliament
The European Parliament reported, “The 2018 Sakharov Prize for Freedom of Thought was awarded to Ukrainian filmmaker and writer Oleg Sentsov during a ceremony at the Parliament in Strasbourg on 12 December.
Sentsov was not in the Parliament to collect the award in person, because he remains in prison in Siberia, serving a 20-year sentence for ‘plotting acts of terrorism’ against the Russian ‘de facto’ rule in Crimea. His cousin Natalya Kaplan and lawyer Dmitriy Dinze represented him during the ceremony in Strasbourg. […]
Accepting the award, Natalya Kaplan described in a very vivid way Sentsov’s early life, his actions during the annexation of Crimea and the tortures and beating he went through when he was arrested and condemned for things he had never done. ‘Oleg is a person who cannot give up and just sit quietly,’ she said. ‘He is a fighter by nature.’
Speaking of his hunger strike for the release of all Ukrainian political prisoners, she said: ‘During his 145-day hunger strike not a single political prisoner was released, but this doesn’t mean he lost. Thanks to his act the whole world spoke about Russian repressions: this is a victory.’
She concluded by reading a message from Sentsov himself, which began: ‘I can’t be present in this room, but you can hear my words. Even if someone else is saying them, words are a person’s main tool and often his only one too, especially when everything else has been taken from him.'”
4. House of Commons Defence Committee recommends increasing sanctions on Russia; increasing NATO presence in Black Sea 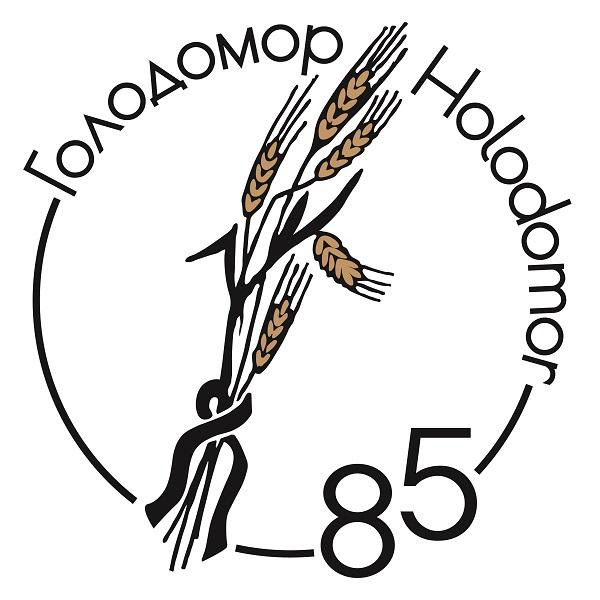 On December 11, the US House of Representatives passed H.Res.931, which states that the House of Representatives “condemns the systematic violations of human rights, including the freedom of self-determination and freedom of speech, of the Ukrainian people by the Soviet Government; recognizes the findings of the Commission on the Ukraine Famine as submitted to Congress on April 22, 1988, including that ‘Joseph Stalin and those around him committed genocide against the Ukrainians in 1932-1933;'” The full text of the H.Res.931 is available here
In October 2018, the US Senate adopted a Resolution recognizing the Holodomor as an act of Genocide against Ukrainians.
6. US House of Representatives condemns Russian attack in Kerch strait; supports imposition of sanctions on Nord Stream II 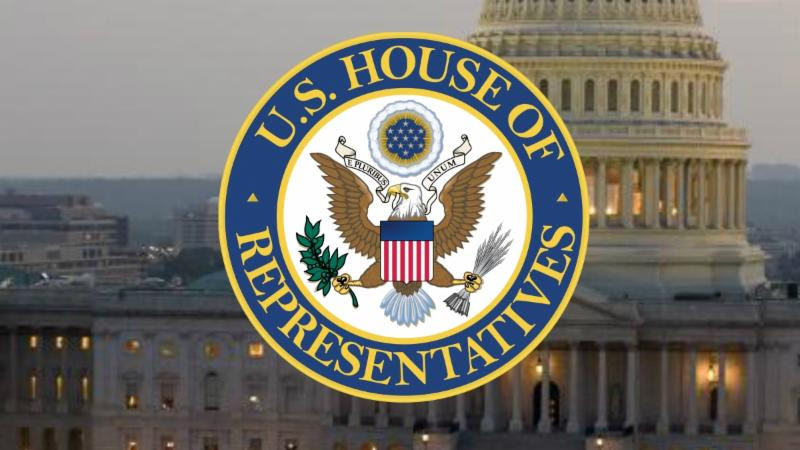 On December 11, the US House of Representatives passed H.Res. 1162, in which the House “(1) condemns the Russian Federation’s firing upon, ramming, and seizing Ukrainian vessels and crews attempting to pass through the Kerch Strait on November 25, 2018, as violations of binding international norms and agreements;
(2) calls on the Russian Federation to immediately return the Ukrainian vessels and their crews to Ukraine;
(3) calls on the Russian Federation to cease its violation of Ukraine’s sovereignty and its efforts to prevent Ukrainian vessels from transiting the Kerch Strait, as is Ukraine’s right under international norms and agreements;
(4) reaffirms the United States commitment to provide the people of Ukraine with political, economic, and security assistance to enable them to secure their independence, democracy, and prosperity; and
(5) encourages the President and allies and partners of the United States to hold the Russian Federation accountable for its ongoing aggression against Ukraine.”
The full text of H.Res.1162 is available here
The House also passed H.Res.1035, in which the House “(1) finds that Nord Stream II is a drastic step backwards for European energy security and United States interests;
(2) calls upon European governments to reject the Nord Stream II project;
(3) urges the President to use all available means to support European energy security through a policy of diversification to lessen reliance on the Russia Federation; and
(4) supports the imposition of sanctions with respect to Nord Stream II under section 232 of the Countering America’s Adversaries Through Sanctions Act.”
The full text of H.Res.1035 is available here
7. European Parliament calls for cancellation of Nord Stream 2 pipeline, condemns Russia’s aggression in Kerch Strait
On December 12, in a Resolution adopted 433-105, Members of European Parliament “acknowledged Ukraine’s positive reform track, while condemning Russia’s aggression in the Kerch Strait and the construction of Nord Stream 2. […]
MEPs stress that Ukraine has reformed in areas such as energy, health, pensions, education, public administration and decentralisation, and also when it comes to defence and security, banking and macro-economic stabilisation. These reforms, however, have unfortunately been accompanied by drastic price increases, cuts in social benefits and a deterioration in access to social welfare systems.
MEPs praise Ukraine for good cooperation in the energy sector and its achievements in the areas of energy efficiency and renewables, while pointing out the need to continue to reform, particularly in the gas and electricity market. With Ukraine playing a crucial role in the European energy supply network, MEPs condemn the construction of the Nord Stream 2 pipeline which bypasses Ukraine, ‘as it is a political project that poses a threat to European energy security.’ They therefore call for it to be cancelled. […]
MEPs strongly condemn Russia’s recent aggression against Ukraine on 25 November in the Kerch Strait, and demand the immediate and unconditional release of all Ukrainian vessels and sailors. They are seriously concerned that the tension may constitute a creeping attempt to annex Ukraine’s sovereign rights in the Sea of Azov. Russia therefore has to guarantee the freedom of navigation through the Kerch Strait and in the Sea of Azov.
The resolution calls on the EU and its member states to introduce targeted sanctions against Russia if the Ukrainian servicemen are not released and if there is any further military escalation.”
8. IMF will meet December 18 on $3.9 billion Ukraine financing program
Ukraine Business News reported on December 10, “The IMF Board of Directors will meet on Tuesday, Dec. 18 in Washington to vote on the $3.9 billion, 14-month standby financing program for Ukraine. Clearing one hurdle, President Poroshenko signed on Friday the government’s 2019 budget. It meets the IMF mandate to cap the deficit at 2.3% of Ukraine’s gross domestic product. Also winning IMF praise, the Rada approved Thursday a change in the Budget Code to replace one-year planning with three-year planning.”
0 Likes