UCC mourns the passing of Gene Zwozdesky07 January 2019Next

1. Russian Invasion of Ukraine
Ukraine’s Ministry of Defense reported at 12:30 PM Kyiv time that in the last 24 hours, no Ukrainian soldiers were killed and one Ukrainian soldier was wounded in action. In the last 24 hours, Russian-terrorist forces opened fire on Ukrainian positions on the Luhansk and Donetsk sectors of the front 5 times in total.
2. Decree on Independence handed over to Orthodox Church of Ukraine
Radio Free Europe/Radio Liberty (RFE/RL) reported, “Ecumenical Patriarch Bartholomew of Constantinople has handed over a Tomos of Autocephaly to Metropolitan Epifaniy of the new Orthodox Church in Ukraine.
Bartholomew presented the document at a church service in Istanbul on January 6, after signing it during a ceremony the previous day.
The historic document grants the Orthodox Church in Ukraine independence, or autocephaly, and ends more than 330 years of Russian religious control in Ukraine. […]
‘Unity has been restored,’ Metropolitan Epifaniy said during the ceremony in Istanbul’s St. George’s Cathedral. ‘Now we are united.’
At the January 5 signing ceremony, Bartholomew said that Ukrainians could now enjoy ‘the sacred gift of emancipation, independence, and self-governance, becoming free from every external reliance and intervention.’ […]
Bartholomew announced the decision to recognize Ukraine’s request for an autocephalous church in October.
In December, Ukrainian Orthodox leaders agreed on the creation of a new national Orthodox church and elected the 39-year-old Epifaniy to head that church.”
3. Address by the President of Ukraine on the granting of Tomos of Autocephaly to the Orthodox Church of Ukraine
In Istanbul on January 6, Ukraine’s President Petro Poroshenko stated, “A great historic event, in which the Lord was with us, with Ukrainians, has just finished. And we, Ukrainians, were with the Lord. The Autocephalous Orthodox Church of Ukraine has finally received the Tomos from the Ecumenical Patriarch, from the Mother Church.
The Lord saw and commended the persistent struggle of the Ukrainian people for their independence. He heard our prayers. He gave us proper reparation for our work and facilitated that His All-Holiness Ecumenical Patriarch Bartholomew and the Synod of the Constantinople Mother Church said the long-awaited ‘yes’ to the independent Church of Ukraine.
Today’s event in the history of our country will remain in line with St. Vladimir’s baptism and the proclamation of Ukraine’s independence. The Orthodox world will remember the day when the Church of Ukraine possessing equal rights joined the family of sister churches.
Our country has covered a long path to this day. And no wonder that yesterday His All-Holiness recalled in his speech Olga – our first Christian Princess and Equal of the Apostles Prince Vladimir-Baptist. […]
For over a thousand years, Kyiv’s Christian tradition has been respected and multiplied. Today, our Orthodox Church is ready for independent existence. The Ukrainian people thank God and what has happened is a true miracle, which we owe to the Creator’s will. […]
And the Tomos for us is actually another act of proclaiming Ukraine’s independence. It will complete the assertion of the independence of the Ukrainian state, strengthen religious freedom, interconfessional peace. It will strengthen the rights and freedoms of citizens, especially those who were outside the communion with the Ecumenical Orthodoxy and who were unjustly called non-canonical. […]
For Ukrainians, our own Church is a guarantee of our spiritual freedom. This is the key to social harmony. And as President, I guarantee on behalf of the state that Ukraine will respect the religious choices and freedom of religion of every citizen.
I congratulate all those who care about the rise of the Autocephalous Orthodox Church of Ukraine. And I thank everyone who tirelessly worked on its emergence, created unity and restored justice! Glory to God! Glory to Ukraine!”
4. Ukraine files lawsuit against Russia at European Court of Human Rights over violation of rights of captured Ukrainian sailors 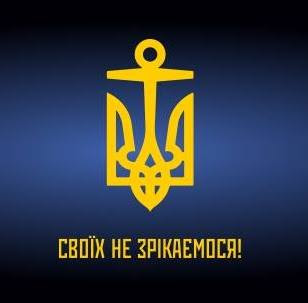 Ukrinform reported, “Ukraine filed a lawsuit against the Russian Federation over the violation of rights of captured Ukrainian sailors with the European Court of Human Rights.
‘The Government of Ukraine fulfilled the instructions of the Court and filed a comprehensive application on the case #55855/18 [over the violation of rights of captured Ukrainian sailors] on January 7, 2019,’ Deputy Justice Minister of Ukraine, Commissioner for the European Court of Human Rights Ivan Lishchyna posted on Facebook.
He added that the Government of Ukraine called on the ECHR to recognize the fact of the violation of rights of 24 Ukrainian sailors during an illegal attack of the Russian Federation on Ukrainian ships, wounding and capturing the sailors in the Kerch Strait on November 25, 2018, their illegal detention in the penitentiary facilities of the Russian Federation and criminal prosecution. The Government of Ukraine considers that Articles 2, 3, 5, 6 and 38 of the European Convention on Human Rights were violated.
As reported, on November 25, Russian border ships committed the acts of aggression against three Ukrainian ships heading from the port of Odesa to the port of Mariupol. The Russian special forces fired on and seized three Ukrainian ships in the Kerch Strait and 24 sailors aboard. Late December, three wounded sailors were delivered to the Matrosskaya Tishina remand prison. Another 21 sailors currently stay in Moscow’s Lefortovo remand prison.”
5. US Navy sends first ship into Black Sea since Russia’s November seizure of Ukrainian vessels in Kerch strait
Stars and Stripes reported on January 6, “The dock-landing vessel USS Fort McHenry transited the Dardanelles Strait en route to the Black Sea on Sunday, making it the first U.S. Navy ship to enter the tense region since Russia seized three Ukrainian vessels in November in the Kerch Strait.
Navy officials say the Fort McHenry is conducting a regularly scheduled Black Sea operation. This is the first Navy ship to enter the Black Sea since August, when the USS Carney, an Arleigh Burke-class destroyer, and the fast-transport vessel USNS Carson City worked separate missions there. […]
Officials wouldn’t say when another ship might cruise into the Black Sea, citing the standard Navy policy of not discussing future operations. […]
The Fort McHenry is a transport vessel equipped with defensive weaponry such as machine guns, small cannons and short-range anti-missile systems. It has little offensive capability. […]
Maintaining Black Sea patrols after the Kerch Strait incident is important to show a commitment to protecting partners against Russian aggression, said Michael Petersen, director of the Naval War College’s Russia Maritime Studies Institute.
‘The U.S. has committed to upholding international law, which Russia has consistently violated in the Black Sea,’ Petersen wrote in an email exchange last week.
The U.S. and NATO allies have denounced Russia opening fire on three Ukrainian vessels near the Sea of Azov and detaining 24 crew members.”
0 Likes