Ukraine’s Ministry of Defense reported at 12:30 PM Kyiv time that on February 13 one Ukrainian service member was wounded in action. In the last 24 hours, Russian-terrorist forces opened fire 10 times on Ukrainian positions on the Luhansk and Donetsk sectors, including three times with heavy weapons.

On February 13, 2019, the United States Senate Committee on Foreign Relations has introduced the Defending American Security from Kremlin Aggression Act(DASKA) of 2019. Reportedly, the comprehensive legislation authored by the U.S. Senators Bob Menendez (D-N.J.), Lindsey Graham (R-S.C.), Cory Gardner (R-Colo.), Ben Cardin (D-Md.), and Jeanne Shaheen (D-N.H.) “seeks to increase economic, political, and diplomatic pressure on the Russian Federation in response to Russia’s interference in democratic processes abroad, malign influence in Syria, and aggression against Ukraine, including in the Kerch Strait. […]

This legislation establishes a comprehensive policy response to better position the U.S. government to address Kremlin aggression by creating new policy offices on cyber defenses and sanctions coordination. The bill stands up for NATO and prevents the President from pulling the U.S. out of the Alliance without a Senate vote. It also increases sanctions pressure on Moscow for its interference in democratic processes abroad and continued aggression against Ukraine.”

The sanctions and measures proposed in DASKA expand the previous set of sanctions and include two new elements: sanctions in response to Kremlin interference in democratic institutions abroad [aimed at banks, LNG projects, cyber sector, sovereign debt, political figures, oligarchs, etc.], and sanctions in response to Kremlin aggression in Ukraine [aimed at 24 FSB agents, shipbuilding sector, crude oil operations, Russian state-owned energy projects abroad]. Interestingly, the bill includes some key provisions in support of NATO, establishing Office of Cyberspace and Digital Economy within the Department of State as well as number of reports including the one on the net worth and assets of Vladimir Putin, on the assassination of Russian opposition leader Boris Nemtsov, etc.

“With this bill, Congress is demonstrating firm bipartisan resolve against Kremlin’s mendacity and I hope it will move quickly to be signed into law,” concluded Sen. Gardner 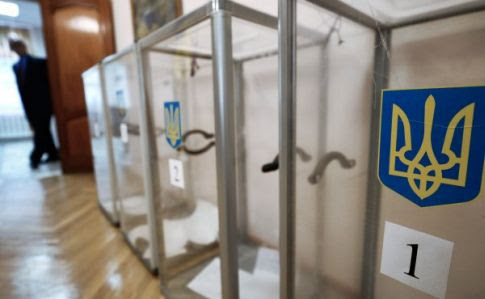 “The first waves of Canadian election monitors have arrived in Ukraine, as fears rise over Russian meddling in the March 31 presidential ballot,” reports Mike Blanchfield of The Canadian Press.

The OSCE monitoring missions that are widely considered the gold standard in international election monitoring will be crucial to preserving Ukraine’s ability to conduct a democratically sound election in the face of Russian efforts designed to portray the country as poorly run and corrupt.

Ukraine is hosting 100 long-term and 750 short-term observers from 13 countries serving on the OSCE mission. Interestingly, two proposed Russian observers were rejected by Ukraine and Moscow withdrew their request to serve on the mission, said Thomas Rymer, spokesman for the OSCE’s Office for Democratic Institutions and Human Rights.

Yesterday, the head of Ukraine’s cyber police told the Associated Press that Russian hackers have stepped up their efforts to penetrate its central election commission computer systems and manipulate information.

Kyiv’s District Administrative Court has ruled to reinstate Ulana Suprun as Acting Health Minister of Ukraine. The decision was announced today by judge Serhiy Karakashian. Apparently, the court ruled to cancel the previous decision as of February 5, 2019, which forbade Suprun to fulfill her duties as Acting Minister of Health but did not ban the official from fulfilling the duties of a deputy health minister. The decision was the result of a lawsuit filed by the Radical Party MP Ihor Mosiychuk. Suffice it to say on February 13 the Cabinet of Ministers partially unblocked the work of the Ministry of Health of Ukraine. Suprun was appointed acting Health Minister on August 1, 2016.

The Ukrainian Congress Committee of America – the biggest diaspora organization in the U.S. – held the event commemorating the fifth anniversary of the end of the EuroMaidan Revolution in Washington DC on February 8. The speakers, including members of Congress, talked about various aspects of the EuroMaidan and how dramatically it changed Ukraine’s course.

UCCA president, Andriy Futey, and Michael Sawkiw hosted the event. The list of speakers included Marta Farion, president of the Kyiv Mohyla Foundation and vice president of UCCA’s branch in the state of Illinois, Irena Chalupa, a member of the StopFake team, Phillip Karber, president of the Potomac Foundation, and Ukraine’s Ambassador to the United States Valeriy Chaly.

Talking about the “Heavenly Hundred”, Farion referred to the words of Abraham Lincoln, saying: “It is for the living to dedicate themselves to the unfinished work for which the ones who perished fought.”

The event was also attended by Andy Harris of Maryland, Brian Fitzpatrick of Pennsylvania, NED president Carl Gershman, Brendan Boyle of Pennsylvania, and U.S. Deputy Assistant Secretary of State George Kent who said that Washington would continue to press Moscow to release the Ukrainian Navy sailors and vessels it took prisoner after an unprovoked attack last November in the Kerch Strait channel and would demand the release of the Ukrainian political prisoners held by Russia.

Ukrainian communities across the U.S. will hold events around Feb. 20 to remember the shootings on the Maidan. The Ukrainian Orthodox and Catholic churches will hold prayer services and have organized exhibitions to mark the tragedy as well as the victory of five years ago.

In his article Christopher Stakhovsky – an EU energy policy consultant with over 30 years of experience working with EU institutions contemplates whether Ukraine that for the first time in 15 years has exported its own natural gas to Europe could actually be energy independent. Although the amount was small – 5,000 cubic meters, the minimum viable amount for a gas transfer – Ukraine believes its symbolic significance is far larger. Officials say the transfer provided a test of their ability to export gas, a crucial milestone as the country moves towards energy independence.

Ukrainian energy companies that pump natural gas into underground storage and keep it until the winter before selling it on the Ukrainian energy market now may consider exporting it to Europe instead, especially if prices are higher, making Ukrainian gas exports more competitive.

Ukraine has been relying on Russia to heat its homes and business for a long time. Russia, on the other hand has been using Ukraine as a gas conduit to Europe. Of the 193 billion cubic meters of gas Russia sent west in 2017, around 40 percent transited through Ukraine.

The author contemplates that rather than simply rerouting the pipes, Ukraine should tap into its own huge untapped gas stores which are enough to cover its energy needs for the next 20 years. Yet the country has been neglecting these reserves ever since the 1970s when the Soviet Union turned to Siberia as its primary extraction source.