Ukraine: Weekly Bulletin
February 16-22, 2019
1. Russian Invasion of Ukraine
Ukraine’s Ministry of Defense reported that during the week of February 15-21, three Ukrainian service member were killed in action and 14 service members were wounded in action on the eastern front. Throughout the week, Russian-terrorist forces opened fire 73 times including 47 times using heavy weapons on Ukrainian positions on the Luhansk and Donetsk sectors of the front which marks another 10% increase compared to the previous week. Ukraine’s Joint Forces Operation headquarters reported that returning fire, Ukrainian forces killed 8 and wounded at least 8 enemy troops in the last week.
2. ‘There is no Europe Without Ukraine,’ Donald Tusk says in speech at Ukraine’s Parliament
On February 19, European Council President Donald Tusk gave a passionate fifteen-minute speech [in Ukrainian] at the Ukrainian Parliament – the Verkhovna Rada – reaffirming the European Union’s deep commitment to Ukraine’s safety, independence and prosperity.
“There can be no just Europe without an independent Ukraine. There can be no safe Europe without a safe Ukraine. To put it simply: there can be no Europe without Ukraine!” Tusk told Ukrainian leaders and lawmakers, to sustained, loud applause, and a standing ovation.
After announcing that the Ukrainian people were a constant inspiration to Europe, Tusk, a former Prime Minister of Poland who took the EU’s top position in 2014, assured that Europe would never recognize the Russian occupation of Crimea and would will never drop the sanctions while it is occupied, nor would Europe ever tolerate violence in the Sea of Azov.
In his speech Tusk also mentioned avoiding the “temptations of nationalism and radical populism,” adding that Europe had suffered enough from the division, egotism and chauvinism that comes from such thinking. He concluded his speech with “Long live the memory of your heroes – and long live your country,” commemorating the fallen heroes of the Heavenly Hundred.
3. Constitutional Amendments Confirming Ukraine’s Path Toward EU, NATO Enter into Force 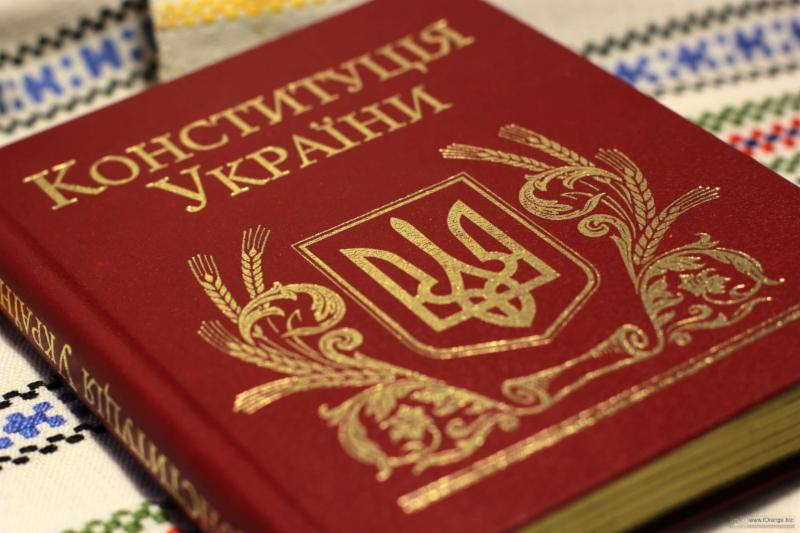 “This month marks five years since Ukraine’s Crimean Peninsula was invaded and subsequently occupied by Russia,” starts Pavlo Klimkin, Ukraine’s Foreign Minister his opinion piece in the Washington Post.
In his article Klimkin reminds how Russia occupied Crimea, raises the issue of persecutions of Crimean Tatars, including the abductions and kangaroo courts. He emphasized that the release of Ukraine’s 24 captured servicemen, as well as the 70 Ukrainian political prisoners who are suffering in Russian jail cells is a top priority for Ukraine right now.
“We urge the international community to acknowledge the inherent dangers of a weak response to Russian aggression. If you value democracy and the rule of law, and if you genuinely believe the international rules-based system makes us all safer, you will increase pressure on the Kremlin to start adhering to international law. Increasing sanctions is the next logical step. Russia should be dealt with from a position of strength, not from a position of appeasement,” concludes Ukraine’s foreign minister.
9. EU Prepares New Sanctions Against Russia over Ukraine

The European Union is preparing to impose new sanctions on Russia – accusing Moscow of supporting separatist rebels fighting in eastern Ukraine. The move follows a meeting of European Union Foreign Ministers in Brussels on Monday, are reported by NBC’s Chief Global Correspondent Bill Neely for Euronews
“I can confirm that there is political consensus on some further measures to be taken,” said Federica Mogherini, the High Representative of the European Union for Foreign Affairs and Security Policy. “Personal, targeted sanctions,” she added. […]
“It’s totally unacceptable what Russia has done,” said Danish Foreign Minister Anders Samuelson. “They should release the 24 seamen. Stepping up sanctions is a way to show solidarity to Ukraine and also sends a clear signal to Moscow.”
10. UK Foreign Office Calls for to End Russia’s Harassment of International Shipping in the Black Sea
The UK Foreign Office has released a video calling on Russia to end the harassment of international shipping in the Black Sea and allow free passage through the Kerch Strait. Please click on the image below to view the video:

11. Countering Russia’s Aggression in Ukraine
Kurt Volker, an American diplomat who previously served as the U.S. Ambassador to NATO and now serves as the U.S. Special Representative for Ukraine shared a link to “Countering Russia’s Aggression in Ukraine” website. In addition to the intro the website consists of six sections: the conflict, hybrid threats, OSCE, daily life, infrastructure, and sanctions.
The website carries videos from the war zone, maps and graphics from the Ministry of Defence of Ukraine, plenty of statistical data and a lot of photo images related to Russia’s actions in Crimea and eastern Ukraine as well as its involvement in hybrid warfare against Ukraine.
In his message he invites everyone to visit the website describing it as “an innovative attempt to use satellite imagery, maps and statistics to provide detailed information on the impact of Russian aggression in Ukraine.” The story map was produced by the Bureau of Conflict and Stabilization Operations of the U.S. Department of State.
0 Likes