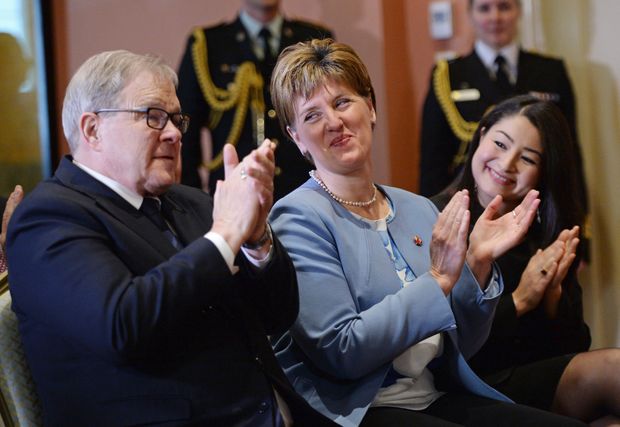 Minister Bibeau was recently the keynote speaker at UCC’s 2018 Annual General Meeting in Montreal where she spoke passionately about Canada’s commitment to international development assistance in Ukraine.  In July 2018 Minister Bibeau travelled to Ukraine where she announced that Canada is committed to providing up to $50 million annually in support of socio-economic programs, building a strong and accountable democracy, and contributing to peace and security in Ukraine.

“Having travelled to Ukraine last summer as part of Minister Bibeau’s delegation, I was impressed by her commitment and dedication to the principles of democracy, equality and diversity that we as Canadians hold dear,” stated UCC President Alexandra Chyczij.  “The Ukrainian Canadian community will continue to work closely with the Canadian and Ukrainian governments to ensure peace and prosperity for the Ukrainian people.”

The UCC looks forward to meeting with Minister Monsef to discuss the community’s priorities in supporting Ukraine, and the community’s projects in support of Ukraine’s most vulnerable, especially women and children who represent many of the more than 1.5 million people internally displaced because of Russia’s war against Ukraine.  The UCC believes that the Ukrainian Canadian community plays a vital role in supporting Canada’s ongoing technical and humanitarian assistance and plays a very positive role in helping to ensure the effectiveness of projects and programs in Ukraine.

“Canada’s support for Ukraine’s government and civil society is crucial in ensuring the success of the comprehensive reforms underway in Ukraine. Canada’s contribution to the international effort to alleviate the suffering caused by Russia’s invasion has helped address the resulting humanitarian crisis,” stated Ihor Michalchyshyn, UCC’s Chief Executive Officer. “The results of these efforts have so far been impressive, but there is more to do. We look forward to working with the new Minister of International Development to ensure that Canadian assistance and support continues to make a difference.”