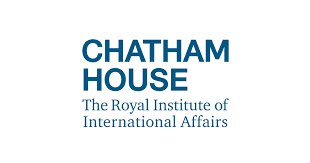 This article provides an overview of the current presidential election in Ukraine including the socio-political environment. Author Anna Korbut, a Fellow of the Academy Robert Bosch Russia and Eurasia Program, breaks down the leading candidates and comes up with questions that she believes the voters need to be asking before making their decisions.
“Ukraine needs politicians that could marry the expectations of voters to the harsh reality of changes the country must go through over the next few years. Instead, the campaign is being driven by reckless criticism of the incumbent president, personality cults and populism. While delivering quick electoral gains, these tactics promise neither strategic thinking nor the ‘new’ politics the country needs,” sums up Korbut
To read Anna Korbut’s article press here
3. Ukraine Elections: CNBC Analysis of What’s Going on and Why it Matters
CNBC offers information on the top six candidates for President of Ukraine. The real fight for voters is between the top three: the current President Petro Poroshenko, Yulia Tymoshenko, and Volodymyr Zelensky. Although the article mentions 44 candidates, the latest updates indicate that there are 39 candidates running as 5 candidates have dropped out of the race in the last several days.
“Zelensky currently polls with approximately 25 percent of the vote, followed by Poroshenko, who has also been rising steadily in recent months and now attracts on average 17 percent of the voter support. Meanwhile, Tymoshenko dropped to third place with 16 percent in the latest polls, advisory firm Teneo Intelligence noted Monday,” writes CNBC correspondent Holly Ellyatt.
Click here to read the CNBC article
4. Joint UN, OSCE engagement can address crisis in Ukraine, other ‘dark spots of conflict’ in Europe
In his latest brief to the UN Security Council, Foreign Minister of the Slovak Republic Miroslav Lajčák, who is also a Chairperson-in-Office of the Organization for Security and Co-operation in Europe (OSCE), and former President of the General Assembly highlighted the importance of putting together the efforts of the UN and OSCE in Ukraine.
Lajčák highlighted the importance of numerous accords that have been agreed upon in Ukraine yet he is convinced that more active measures should be taken while people are suffering.
When speaking about his January trip to Ukraine he mentioned “the elderly in the Luhansk region on sticks or in wheelchairs who each day make a risky journey across a bridge severely damaged by the conflict because it is the only open entry-exit point… More than 10,000 people cross daily”, he explained. “They suffer; they feel hopeless, neglected and abandoned” because commitments were not upheld, trust keeps eroding and the space for dialogue is disappearing.
He then suggested to the creation of a UN mission in Ukraine mentioning that it was not a new idea and that OSCE “had a lot to learn from closer UN engagement.”
“When mobilized effectively and pulled together [UN and OSCE], the results can be historic” concluded the OSCE chairperson.
Read the full new report here
0 Likes