It’s been a busy year for the UCC Parliamentary Internship Program!  We were pleased to see Volodymyr Palagniuk find quick employment with MP Jim Eglinski in Ottawa in November.  Now Ostap Woychyshyn, our most recent intern, has accepted a job offer from the Canadian Coast Guard which will see him working in Ottawa on their priority projects. 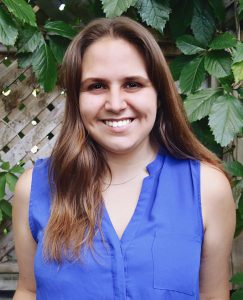 I’ve been on Parliament Hill for about 6 months now, and I think it’s safe to say that I’ve hit my stride! In addition to my regular work in the office, I’ve had the opportunity to do several other interesting things through this program.

With spring has come a host of new learning and training opportunities, offered for MP’s staff. I’ve had the opportunity to participate in a workshop on writing, narrative, and communications, and this week I’m starting a 3-series class on Media Relations and Media Training. These kinds of training sessions are critical to developing professional skills, and to meeting other staff outside of the offices that I normally interact with. I’ve also had the opportunity to sign up for research seminars through the Library of Parliament, which I’m looking forward to attending as well.

As always, things on the Hill remain exciting and fast-paced. Last week, MPs participated in a marathon voting session that lasted over 30 straight hours in the House. It was a fascinating look into how our Parliamentary system works, and while it was a busy week, it also taught me a lot about the Parliamentary process. I also had the opportunity to work alongside the Foreign Affairs Committee on a study on democracy promotion and capacity building, as well as attend a roundtable on the ongoing situation in Venezuela.

In December I attended a rally on Parliament Hill hosted by the Ukrainian Canadian Congress demanding the release of political prisoners in Russia.  It was exciting to witness firsthand the recent announcement of Canada’s extension of its training mission to Ukraine, Operation UNIFIER, and the government’s expansion of sanctioned individuals against continued Russian aggression in Ukraine.

I’ve also had the opportunity to attend some interesting receptions outside of regular office hours, including the University of Toronto Women in the House event, which encourages female university students to take an active role in federal politics. As a University of Toronto alumna, it was great to see this program in action.