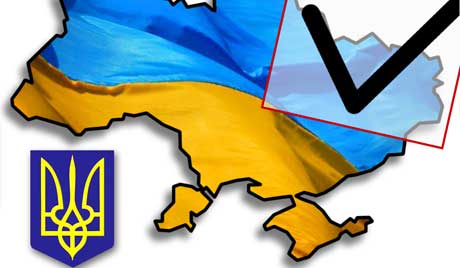 April 22, 2019. OTTAWA. The Ukrainian Canadian Congress (UCC) congratulates Ukraine’s President-elect Volodymyr Zelenskiy on his victory in yesterday’s Presidential Election. International observers recognized the election as free and fair. The results of the election reflect the will of the Ukrainian people.

“I congratulate Volodymyr Zelenskiy on his victory and the strong mandate he received from the Ukrainian people.  I thank outgoing President Petro Poroshenko for his service to Ukraine and his contributions to a strong and democratic Ukraine.,” said UCC National President Alexandra Chyczij. “The Ukrainian people have affirmed their historic choice of Euro-Atlantic integration for their country. We look forward to working with President-elect Zelensky’s administration in furthering these strategic goals. The Ukrainian Canadian Congress will continue to support Ukraine in the face of Russian aggression and threats to territorial integrity, as well as to ongoing reforms, which will be the focus of the Ukraine Reform Conference this July in Toronto.”

Ukraine faces ongoing threats from the Russian Federation, including the invasion and illegal occupation of Crimea, ongoing war of aggression in Eastern Ukraine, and severe human rights violations of Ukrainian citizens, especially the nearly 100 Ukrainians being held by Russia as political prisoners, in violation of international law. The UCC expresses its deep admiration and solidarity with the Ukrainian people and the men and women of Ukraine’s Armed Forces, who are courageously defending Ukraine from Russia’s aggression.

“Canada stands for democracy around the world and will continue to be a steadfast partner of the people of Ukraine. We will co-host the third Ukraine Reform Conference this July and bring together key international partners to reinforce Ukraine’s reform achievements and help the country set a clear path for its democratic future.”

Canada’s elections observation team in Ukraine, headed by the Honourable Lloyd Axworthy, noted both the first and second rounds of Presidential Elections to be a genuine expression of the free will of the Ukrainian people.  The Canadian observers will now be headed home but looking ahead to the fall’s Parliamentary elections. 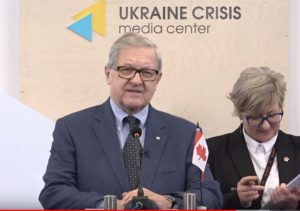 To read Mission Canada’s statement on the elections in Ukraine, please see here: