Results of UCC Survey: What would you ask the President of Ukraine?05 July 2019Next 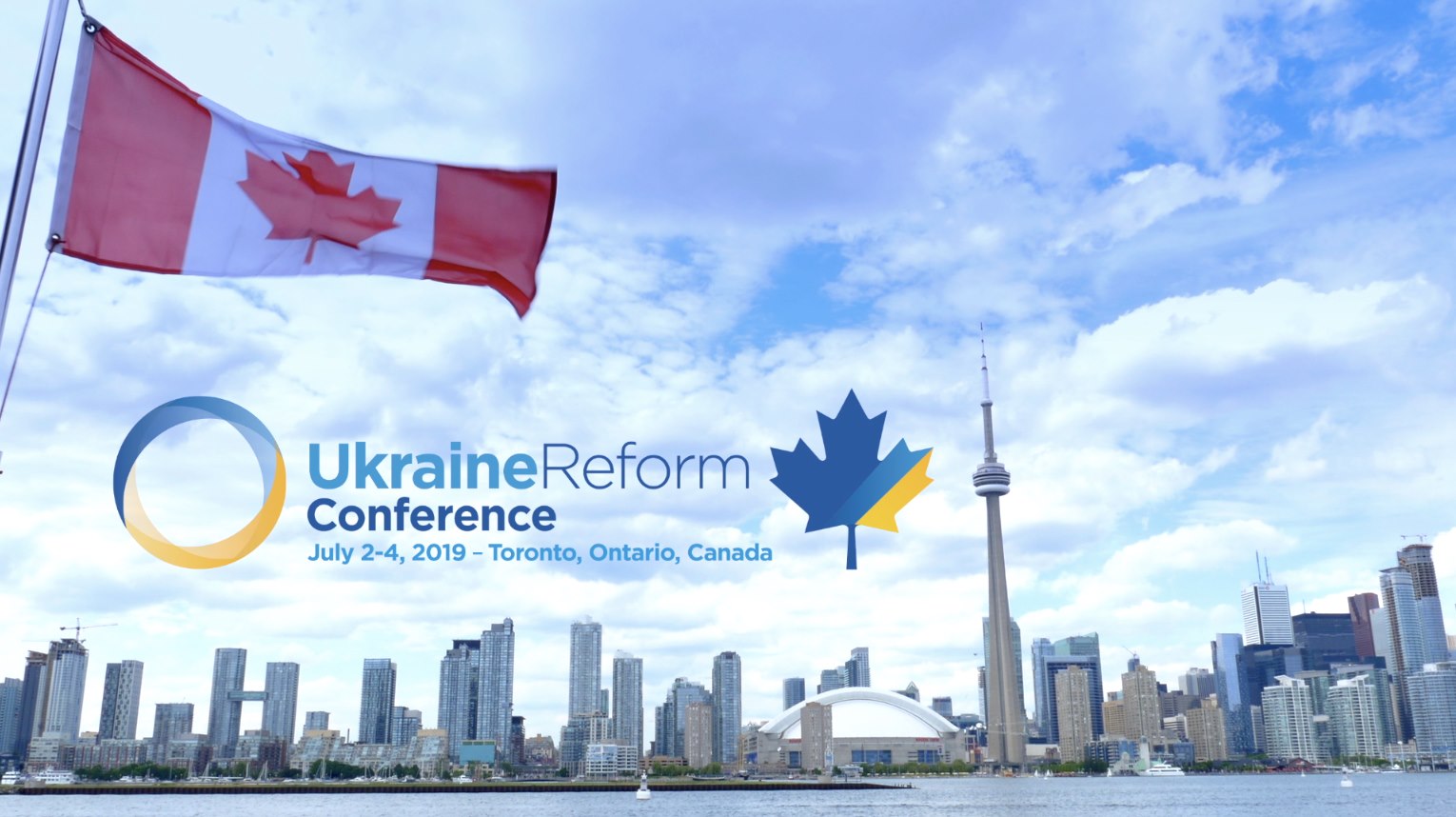 During the Ukraine Reform Conference, which took place in Toronto July 2-4, the Government of Canada announced over $45 million in support for Ukraine, including $25 million to “help Ukraine implement inclusive and gender responsive reforms in Ukraine.”

“Congratulations to the Governments of Canada and Ukraine on a very successful Ukraine Reform Conference, which brought the international community together for discussions on advancing Ukraine’s reform agenda,” stated Alexandra Chyczij, National President of the UCC. “The UCC will continue to work with Canada and Ukraine on defending Ukraine’s sovereignty and territorial integrity in the face of Russian aggression and implementing reforms that will continue Ukraine’s Euro-Atlantic integration, strengthen democratic institutions and build a strong economy.”

In addition to the funding announced, Canada and Ukraine signed a Canada-Ukraine Audiovisual and Coproduction Treaty, which will facilitate film, television and digital co-productions; a Joint Declaration on a Youth Mobility Agreement, which will advance negotiations towards a Youth Mobility Agreement between Canada and Ukraine and concluded negotiations on a Customs Mutual Assistance Agreement. Canada also announced that it will increase its trade representation in Ukraine with a new Trade Commissioner position in Kyiv.

37 countries took part in the Ukraine Reform Conference, together with international institutions, parliamentarians, the private sector, non-governmental organizations and members and organizations of the Ukrainian Canadian community, in support of Ukraine’s reform agenda. The Conference was co-chaired by Canada and Ukraine.

The Co-Chairs’ Statement from the Ukraine Reform Conference is available here:

The Honourable Chrystia Freeland, Canada’s Minister of Foreign Affairs, stated on July 2, “We are in Toronto this week because we are all committed to supporting the people of Ukraine in realizing their aspirations for the future. Their hopes are ones shared by people all around the world. The discussions held today prove that, together, we can help implement change that will improve the lives of the people of Ukraine.”

The Right Honourable Justin Trudeau, Prime Minister of Canada, and Ukraine’s President Volodymyr Zelenskyy participated in the Ukraine Reform Conference. Prime Minister Trudeau stated on July 2, “Canada and Ukraine share a deep friendship, built on common values and strong people-to-people ties. Today, we took the next step to deepen those ties and create good, middle class jobs for Canadians and Ukrainians alike. Canada will always stand with the people of Ukraine and will continue to support its efforts on the path to greater democracy, security, and prosperity.”

The UCC, together with the Canada Ukraine Foundation and the Canadian Institute of Ukrainian Studies, participated in Ukraine House Toronto with a showcase featuring prominent Ukrainian Canadian individuals and organizations, and the work of our community.