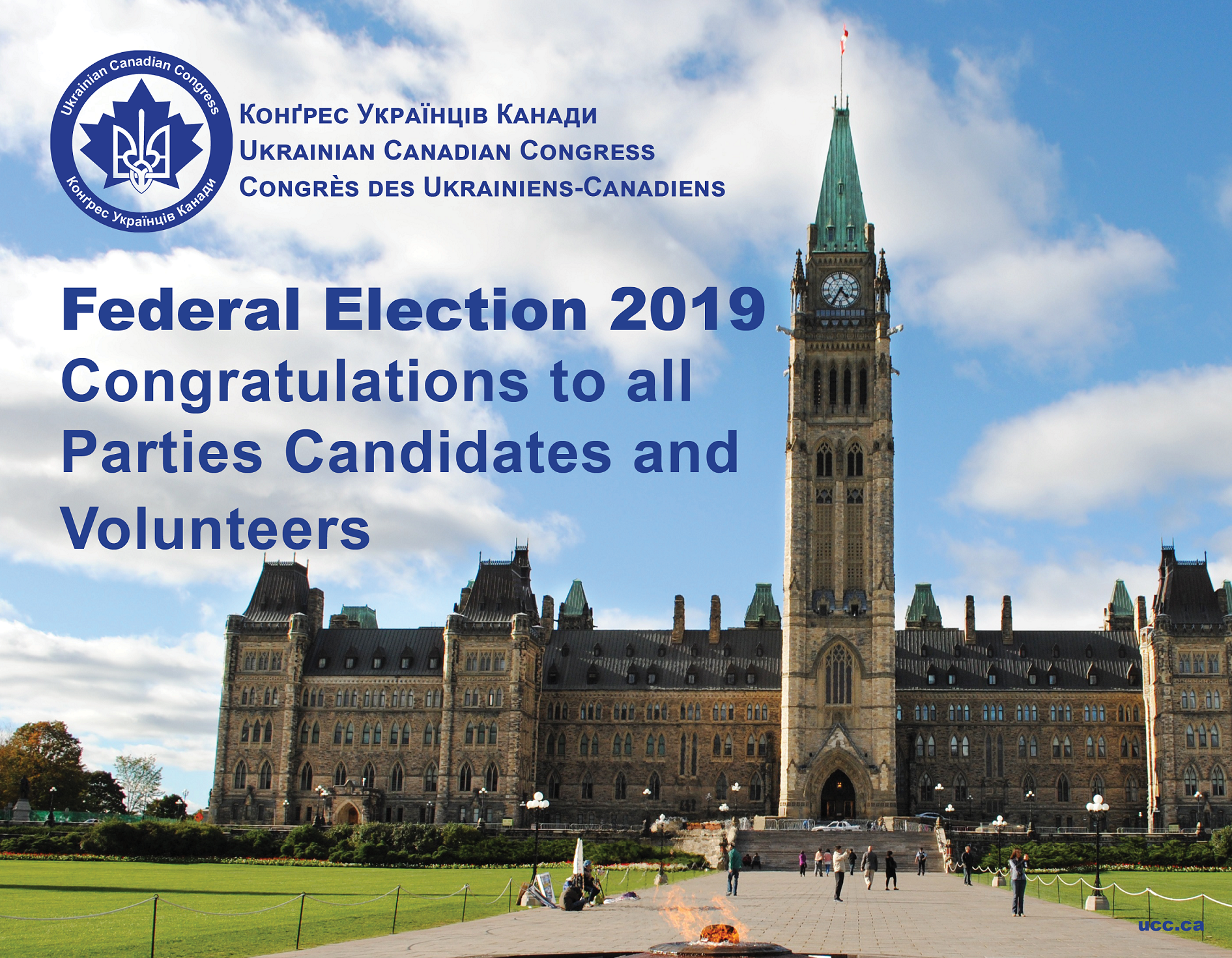 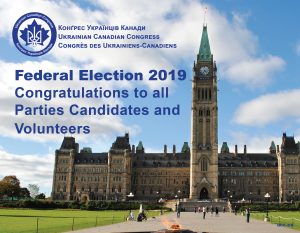 October 22, 2019. OTTAWA, ON. The Ukrainian Canadian Congress (UCC) congratulates Prime Minister Justin Trudeau and the Liberal Party of Canada on their victory in Canada’s federal election and all party leaders and candidates on a hard-fought and passionate election campaign.

Thousands of Canadians, including many Ukrainian Canadians, ran as candidates in yesterday’s election. Hundreds of thousands more volunteered their time and effort working on campaigns. They all deserve our admiration and respect. The strength of our democracy depends on the enduring commitment of all Canadians to participate in the political life of our great country.

“The UCC congratulates all parties and candidates who took part in Canada’s election. We thank them all for their dedication to serving Canada,” stated Alexandra Chyczij, National President of the UCC. “All Canadians can be proud of the vibrancy of our democracy, and we look forward to working with Canada’s new government, and all parties and candidates elected yesterday.”

During the election the UCC surveyed party leaders and candidates on their views about issues of importance to our community, including:

The UCC thanks all party leaders and candidates who responded to our survey. The UCC looks forward to working with the new Canada-Ukraine Parliamentary Friendship Group, which is one of the largest bilateral friendship groups in Parliament.