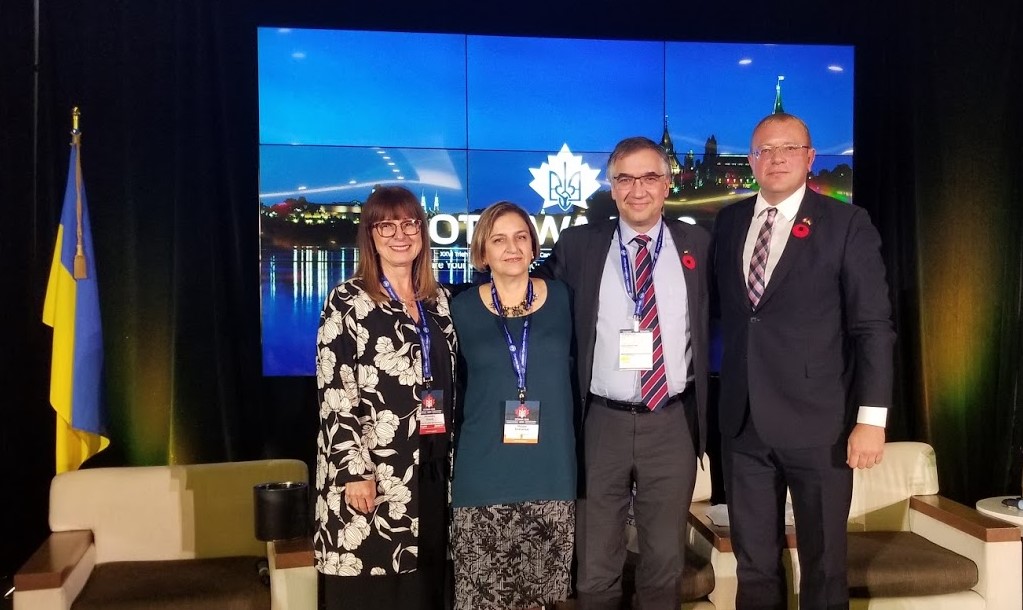 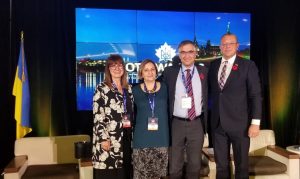 November 2, 2019. OTTAWA, ON. The Ukrainian Canadian Congress (UCC) is pleased to announce that His Excellency Roman Waschuk, outgoing Ambassador of Canada to Ukraine, will be honoured at a Tribute Dinner celebrating his distinguished career in public service on February 1, 2020 in Toronto.

Successful public service and effective diplomacy always being the result of teamwork, the UCC will also honour Oksana Smerechuk, Ambassador Waschuk’s spouse, who was President of the Ambassadors’ Spouses Club of Kyiv. Ms. Smerechuk’s commitment to community and public service and boundless energy provided Canada with a powerful voice in Kyiv. For a decade previously, Ms. Smerechuk had served Canada as an interpreter and translator for high-level delegations and officials.

The announcement was made today by UCC President Alexandra Chyczij during the XXVI Triennial Congress of Ukrainian Canadians, taking place in Ottawa.

“Ambassador Waschuk and Oksana Smerechuk have dedicated their careers to serving Canada and the Canadian people,” stated Chyczij. “Ambassador Waschuk’s and Ms. Smerechuk’s example of patriotism, professionalism and humility is an inspiration. We can think of no better way to honour their significant contributions than by encouraging Ukrainian Canadian youth to choose service to their country as a calling.”

Proceeds from the Tribute Dinner will be donated to the UCC Parliamentary Internship Program, which provides Ukrainian Canadian youth with valuable experience in Canada’s federal government and parliament, and the UCC Community Development Fund, which supports important community programming initiatives.

Ambassador Waschuk and Ms. Smerechuk have graciously agreed to share this Tribute Evening with Canadian police officers who have been providing training to Ukraine’s police forces as part of Canada’s support for security and democratic development in Ukraine, and whose contributions we will celebrate.

More information about Tribute Dinner will be shared in the coming weeks.