The Ukrainian Canadian Congress (UCC) is pleased to announce that His Excellency Roman Waschuk, outgoing Ambassador of Canada to Ukraine, will be honoured at a Tribute Dinner taking place February 1, 2020 in Toronto.

As Canada’s longest-serving Ambassador to Ukraine, Roman Waschuk worked to bring Canada-Ukraine relations to a new level at a time of increased interest in Ukraine. With his depth of knowledge of Ukraine, he was a leader amongst Ambassadors in Kyiv and was able to fully develop the Canadian presence in Ukraine. Roman conducted Canadian diplomacy with integrity, openness, sincerity, accessibility and optimism.  He was able to articulate the need for a strong Canada Ukraine relationship both with government officials, in the media and the general public.

Successful public service and effective diplomacy always being the result of teamwork, and so the UCC will also honour Oksana Smerechuk, Ambassador Waschuk’s spouse, who was President of the Ambassadors’ Spouses Club of Kyiv. Together their commitment to community and public service and boundless energy provided Canada with a powerful voice in Kyiv.

Proceeds from the Tribute Dinner will go to the Roman Waschuk & Oksana Smerechuk Fund within the UCC Charitable & Educational Trust, which will support  the UCC Parliamentary Internship Program, as well as to the UCC Community Development Fund, which supports important community programming initiatives.

Ambassador Waschuk and Ms. Smerechuk have graciously agreed to share this Tribute Evening with Canadian police officers who have been providing training to Ukraine’s police forces as part of Canada’s support for security and democratic development in Ukraine, and whose contributions we will also celebrate.

Tickets are on sale now for the Tribute Gala taking place Saturday February 1, 2020 at the Liberty Grand in Toronto. Click on the poster below to purchase tickets or visit our website.

Thank you for your support! 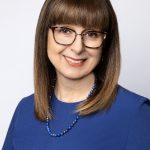