Holodomor Commemorations in Canada 201928 November 2019Next

How Ukrainian culture is thriving in francophone Lévis02 December 2019
November 29, 2019in News 0 Likes

On November 25, 2019 the Ukrainian Canadian Congress, along with UCC Alberta Provincial Council and UCC Edmonton branch welcomed Petro Poroshenko, Fifth President of Ukraine, and former First Lady Dr. Maryna Poroshenko to Edmonton as part of their private visit to Canada.

Upon landing in Edmonton, a delegation of youth including from Shumka Ukrainian Dancers, met the Poroshenko’s at the Edmonton International Airport along with leadership from the Ukrainian Canadian Congress. 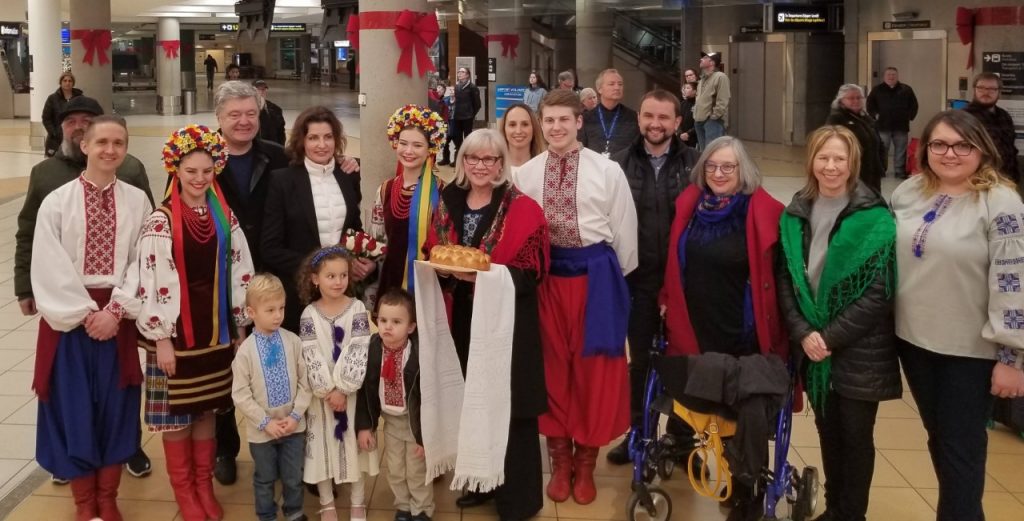 The formal program on November 25 began with a Holodomor commemoration at Holodomor Memorial located at Edmonton City Hall. The service was led by His Grace Bishop Ilarion from the Ukrainian Orthodox Church of Canada. Following the service, Mr. & Mrs. Poroshenko also viewed the Madonna of the Wheat statue located at Edmonton City Hall, which was placed by the Ukrainian Women’s Association of Canada to honour pioneer women. 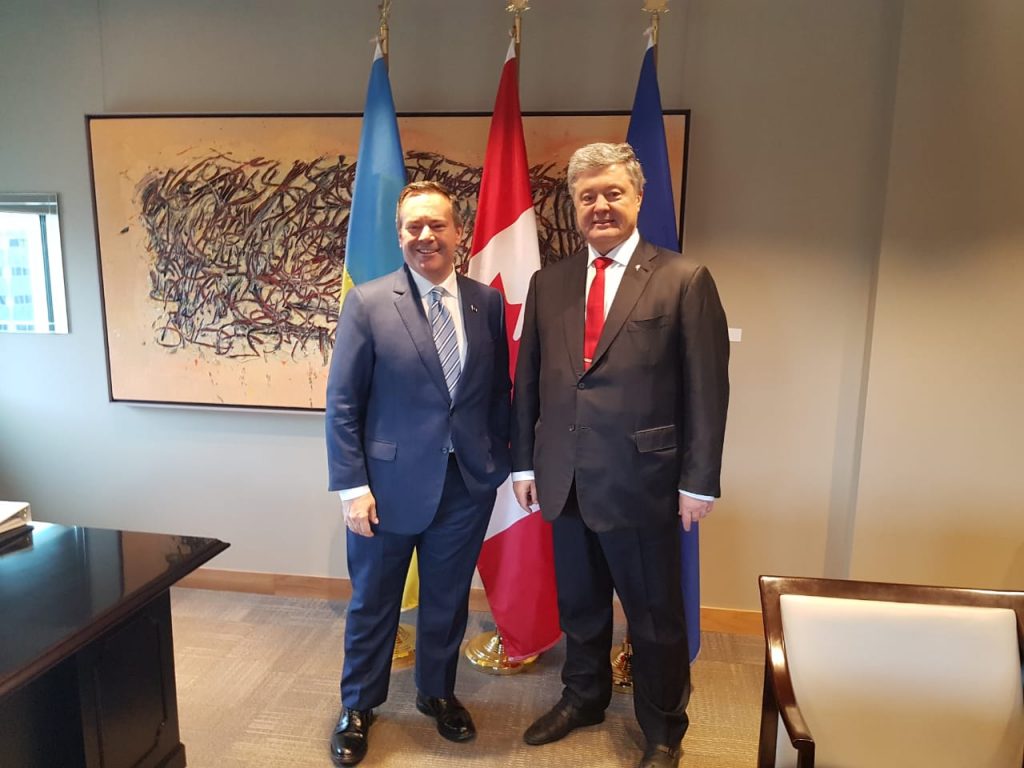 On Monday afternoon, President Petro Poroshenko gave a guest lecture to a packed hall at the University of Alberta. Organized by the Canadian Institute of Ukrainian Studies (CIUS), Mr. Poroshenko spoke on the theme of “Geopolitical Challenges for Ukraine and Ukrainians in the World”.

The full video of his presentation is available online below

Following the program at the University of Alberta, the Poroshenko’s paid a visit to the new Ukrainian Consulate in Edmonton, where they signed the guest book and met with staff. 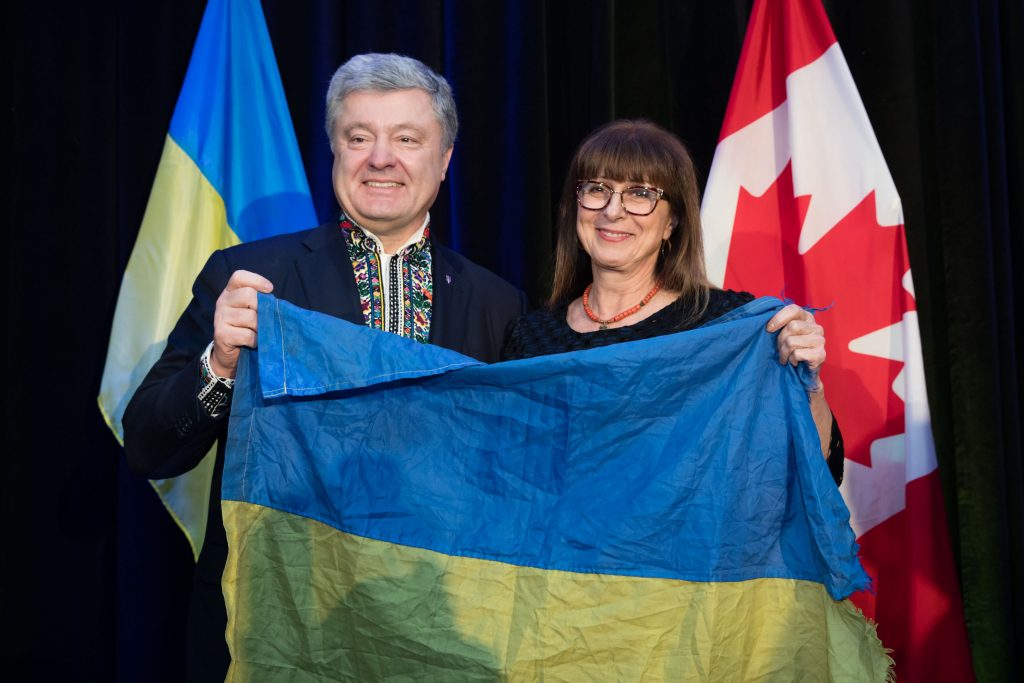 President Poroshenko presented Alexandra Chyczij with a battle worn Ukrainian flag from the front lines of Avdiivka in Eastern Ukraine as a thank you for ongoing support of Ukraine by the Ukrainian Canadian community. He provided keynote remarks, including a sincere thank you both both Premier Kenney and Deputy Prime Minister Freeland for their immense to supporting Ukraine during difficult times. 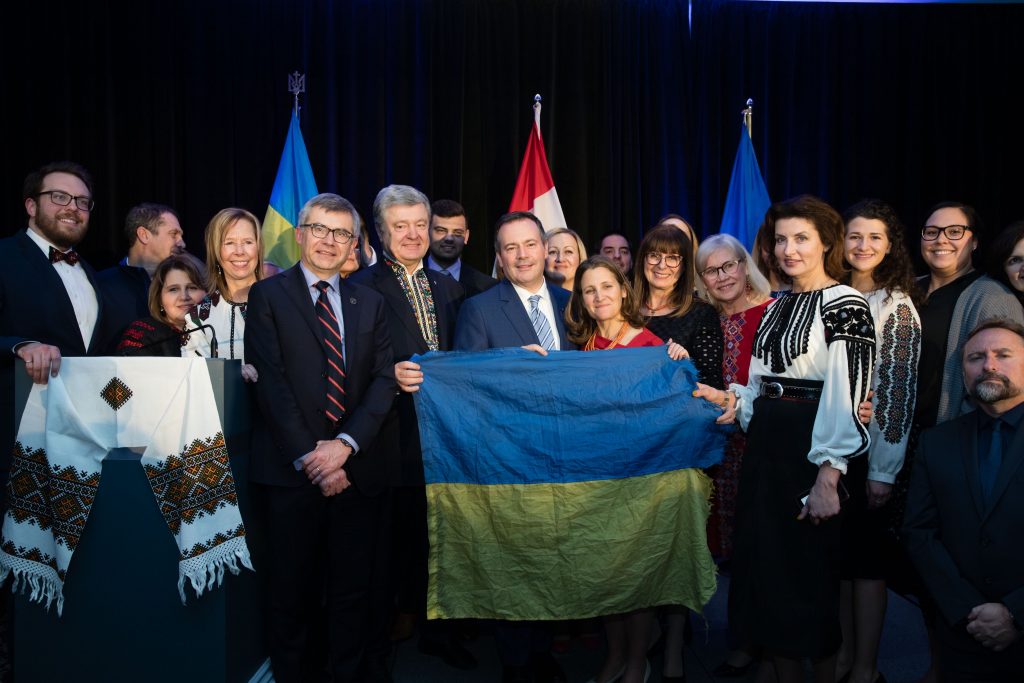