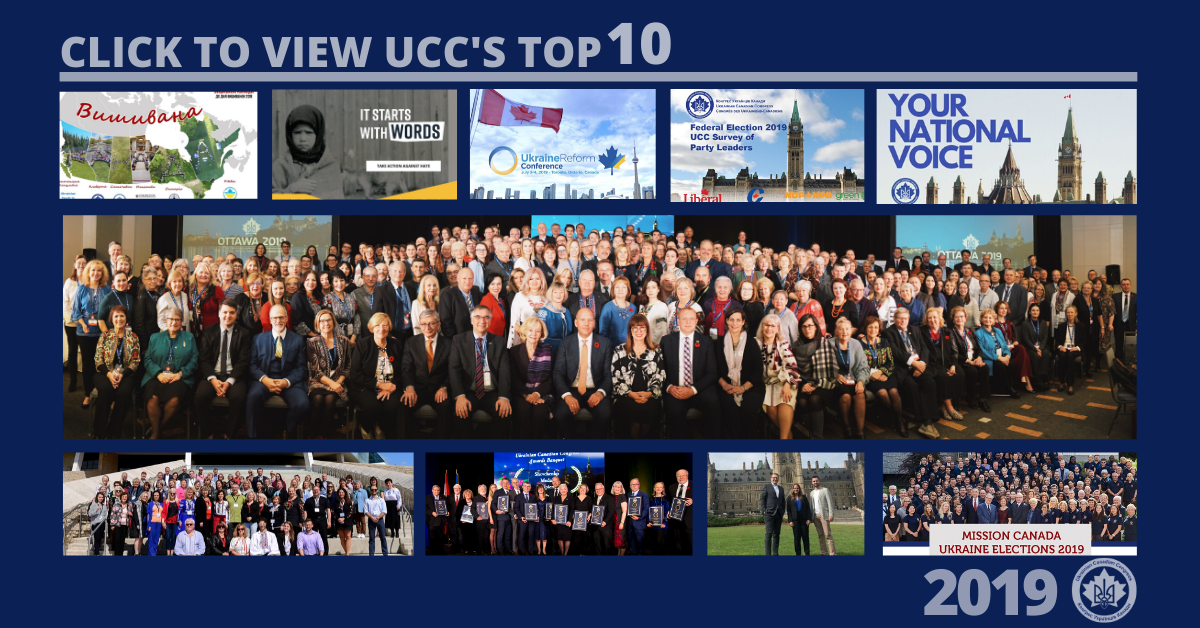 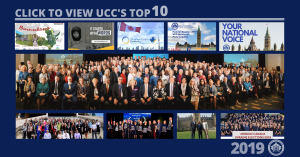 2019 was anоther eventful year for the Ukrainian Canadian community. As we reflect on the accomplishments of the passing year, and look forward to new opportunities in the new year, the Ukrainian Canadian Congress is pleased to present these highlights from the last year. Thank you for all your support! Happy New Year and See you in 2020! З Новим Роком! 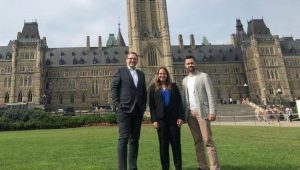 For a second year in a row, the UCC Parliamentary Internship Program provided valuable on-the-ground experience in Canadian politics to Ukrainian Canadian youth. This past year, three interns were placed by UCC in the offices of Members of Parliament, helping us build the next generation of Ukrainian Canadian leaders! Because of this fall’s Federal Election, we plan to launch applications for the 2020 UCC Parliamentary Internship soon after the New Year.

The UCC thanks the Shevchenko Foundation Ukrainian Canadian Veterans Fund, Ukrainian Credit Union Ltd., Paul & Adrianna Grod and Oleh & Bozhena Iwanusiw and all other generous donors. The UCC Parliamentary Internship Program was re-established in 2017, thanks to the generous support of the Ukrainian National Federation of Canada, including intern training by the Paul Yuzyk Institute for Youth Leadership.

Proceeds from the February 1, 2020 UCC Tribute Dinner to former Canadian Ambassador to Ukraine Roman Waschuk and his spouse Oksana Smerechuk will go to support the UCC Parliamentary Internship Program. The UCC thanks Ambassador Waschuk and Ms. Smerechuk for their generosity. 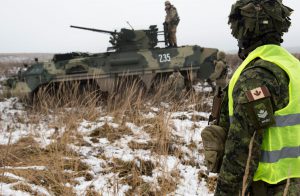 On March 15, 2019, Canada announced that an additional 114 individuals and 15 entities were sanctioned in response to Russia’s aggression in the Black Sea and the Kerch Strait, the illegal occupation of Crimea, and the war that Russia has been waging against Ukraine for 6 years.

On March 18, 2019, Canada extended Operation UNIFIER, Canada’s military training mission in Ukraine, until 2022. Since 2015, Operation UNIFIER has provided training to over 10,000 Ukrainian troops, contributing greatly to the battle-readiness of the Ukrainian Armed Forces.

On May 23-25, the National Conference for Ukrainian Educators was held in Winnipeg, co-hosted by the UCC National Education Council and the Manitoba Parents for Ukrainian Education in collaboration with the Manitoba English-Ukrainian Bilingual Program and heritage language schools, and the UNF Ukrainian Schools Initiatives Committee, on the theme of  Celebrating Ukrainian Heritage Through Global Connections. The Conference featured 21 sessions on various subjects for all Ukrainian education level, and session on the effective use of technology in today’s classrooms.

In 2019, Ukraine held Presidential elections, in which Volodymyr Zelenskyy was elected President on April 21, defeating incumbent Petro Poroshenko in the second round of voting. President Zelenskyy dissolved Parliament, leading to early parliamentary elections in July.

The Government of Canada fielded substantial bilateral election observation missions, both of which were led by the Honourable Lloyd Axworthy, and found that both the presidential and parliamentary elections largely met international standards for democratic elections. Many members of the Ukrainian Canadian community participated in both the Canadian missions and the election observation missions of the Ukrainian World Congress, led by former UWC President Eugene Czolij.

On the third Thursday of May, we gathered in our communities from coast to coast to celebrate Vyshyvanka Day. In what has quickly become an annual international tradition, this day is a wonderful opportunity for Ukrainians, those of Ukrainian heritage and friends of Ukraine around the world, to wear a vyshyvanka (embroidered shirt) and demonstrate their pride in Ukrainian culture and heritage and to show solidarity with the people of Ukraine. 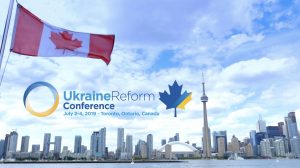 In July, Canada hosted the Ukraine Reform Conference. More than 800 of Ukraine’s friends and partners, including foreign ministers, heads of international institutions, parliamentarians, the private sector, civil society and think tanks, gathered to support Ukraine’s reform process and its path to Euro-Atlantic integration.

The UCC was proud to be a partner in the Ukraine Reform Conference and Ukraine House Toronto. UCC leaders met with Ukraine’s President Volodymyr Zelenskyy, and stressed that the Ukrainian Canadian community will continue to offer strong support to Ukraine in the face of Russian aggression; support Ukraine’s continued NATO and EU integration and reform efforts; and support the development of the Ukrainian language as the sole state language. The UCC also presented President Zelenskyy with the results of our community survey – What would you ask the President of Ukraine? 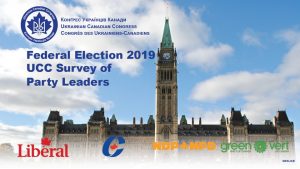 In October, Canadians went to the polls in the federal election. Ahead of the election the UCC surveyed our membership and the Ukrainian Canadian community and developed thoughtful, front-line policy priorities, which were then presented in the 2019 UCC National Policy Guide to all federal party leaders and candidates. The UCC also surveyed the party leaders of Canada’s national parties and individual local candidates and presented the results of the survey to our community and the general public, as part of our efforts to ensure increased awareness about issues of importance to our community in the federal election. 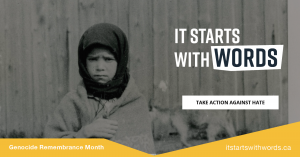 In April, in recognition of Genocide Remembrance, Condemnation and Prevention Month, the UCC joined with a coalition of civil society organizations from the Armenian, Jewish, Roman, Rwandan and Yezidi communities in Canada – to solemnly commemorate and condemn acts of genocide and recommit to working together to prevent genocide. Events were held in Ottawa and were complemented by a national social media campaign. 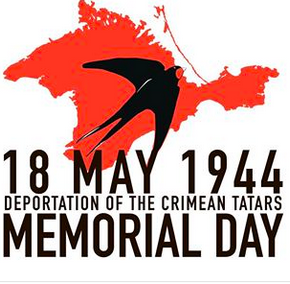 On November 1-3, over 300 delegates from across Canada gathered in Ottawa for the XXVI Triennial Congress of Ukrainian Canadians, which set the direction, established the policies and elected the leadership of the UCC for the next three years.

UCC National President Alexandra Chyczij, unanimously re-elected at the Congress, stated, “The vision for the future shared by the delegates these last three days is one of a vibrant, forward-looking Ukrainian Canadian Congress that is responsive to the needs of our community. I am certain that together we will ensure that this vision becomes a reality!”