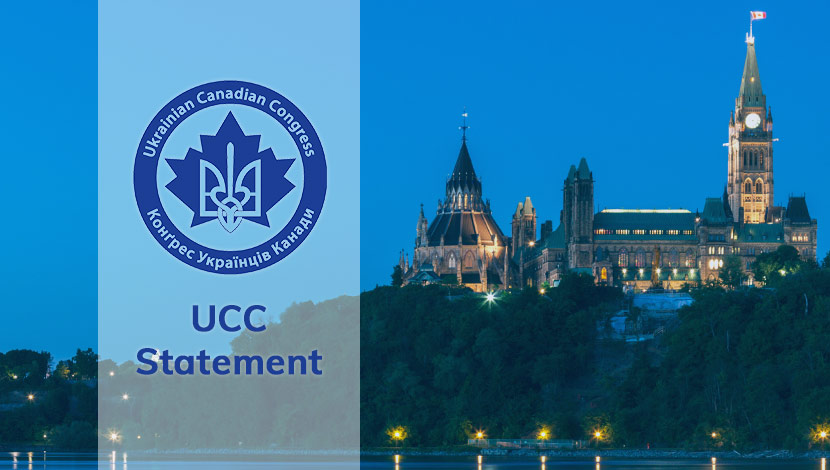 January 8, 2020, OTTAWA, ON. The Ukrainian Canadian Congress (UCC) expresses its deep condolences to the loved ones of the victims of the Ukraine International Airlines airplane crash. UIA Flight 752 crashed minutes after takeoff from Tehran, Iran, on the night of January 7. According to reports, 63 Canadians were among the 176 victims who died in the crash.

“On behalf of the UCC, I express my condolences to the families and friends of the victims of this terrible event,” stated Alexandra Chyczij, President of the UCC. “We are deeply saddened and shocked by this devastating tragedy, and join Ukraine, Canada, and the international community in mourning. It is particularly tragic to see that so many of the victims were young people. May the Memory of the Victims be Eternal. Вічная Пам’ять.”

Prime Minister Justin Trudeau spoke with Alexandra Chyczij this morning to offer condolences and ongoing support, including to the Government of Ukraine at this difficult time.

In Kyiv this morning flowers were being placed at the doors of the Embassy of Canada to Ukraine to honour and remember the many Canadian victims.

While the cause of the plane crash has not yet been established, we urge all of the national governments involved to work cooperatively on a full investigation.

Ukraine International Airlines has released the list of passengers: