UCC Resources on COVID-19/coronavirus18 March 2020Next 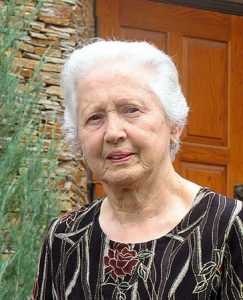 March 19, 2020. EDMONTON, ALTA. The Ukrainian Canadian Congress (UCC) expresses its deep condolences on the passing of Mrs. Doris Kule. Mrs. Kule passed away in Edmonton on March 15. She was ninety-nine years old.

Born to a farming family near Boian, Alberta, Mrs. Doris Kule (nee Radesh) was a teacher, educator, community leader and philanthropist. Together with her husband of more than 70 years, Mr. Peter Kule, the Kule family has generously donated for many years in support of Ukrainian Canadian and Ukrainian causes, mainly in support of educational and academic initiatives.

“The Ukrainian Canadian community joins the Kule family in grief and sadness on the news of the passing of Mrs. Doris Kule. Mrs. Kule’s kindness of spirit, generosity and vision in supporting our community were an example for us all to emulate,” stated Alexandra Chyczij, National President of the UCC. “Many programs, scholarships, and institutions have benefited immensely from the Kule family’s support. Through her substantial contributions and leadership, Mrs. Kule has made our community stronger and more united. May Her Memory Be Eternal. Вічная Пам’ять!”

Among the many endeavours generously supported over the years by the Kule family is the  Peter and Doris Kule Centre for Ukrainian and Canadian Folklore at the University of Alberta, one of the most important and pre-eminent institutions for the study of Ukrainian culture in the world. In 2005, the Kules became the first joint recipients of honorary doctorates from the University of Alberta. In 2007, Mrs. Doris Kule and Mr. Peter Kule were awarded the UCC Taras Shevchenko Medal, the highest form of recognition granted by the UCC, for their outstanding national contributions in the field of education.

The UCC joins Mr. Peter Kule and the Kule family in their grief and sorrow. We ask God to remember Mrs. Doris Kule’s family, friends and loved ones during this difficult time.