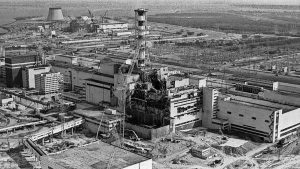 On April 26, the world commemorates the anniversary of the Chornobyl Nuclear Disaster in Ukraine. The Ukrainian Canadian Congress (UCC) asks all Canadians to pause today in remembrance of the thousands of victims of this terrible tragedy.

On April 26, 1986, a reactor at the Chornobyl nuclear power plant near Prypyat, Ukraine, exploded and melted down. The disaster affected the lives of hundreds of thousands of people, with the effect still being felt today in Ukraine and Belarus. The effects of the disaster were made far worse by the Soviet Communist regime’s obfuscations, lies and attempts to cover up the scale of the tragedy from the world.

In recent weeks, the area near the site of the Chornobyl Nuclear Disaster has suffered from wildfires that have brought into focus once again the consequences and ecological dangers which Ukraine continues to endure due to the Chornobyl disaster.

Estimates on the number of indirect deaths resulting from the Chornobyl disaster range from the thousands to the tens of thousands. Ukraine and Belarus continue to cope with long-term health, environmental and economic consequences resulting from this disaster.

KGB archives declassified by the Office of State Archives of the Department of State Security of Ukraine “reveal the carelessness and disregard for safety the communist regime displayed not only in green-lighting the substandard project but in the construction of the plant, too.” The full report from Euromaidan Press is available here: Chornobyl nuclear disaster was tragedy in the making, declassified KGB files show