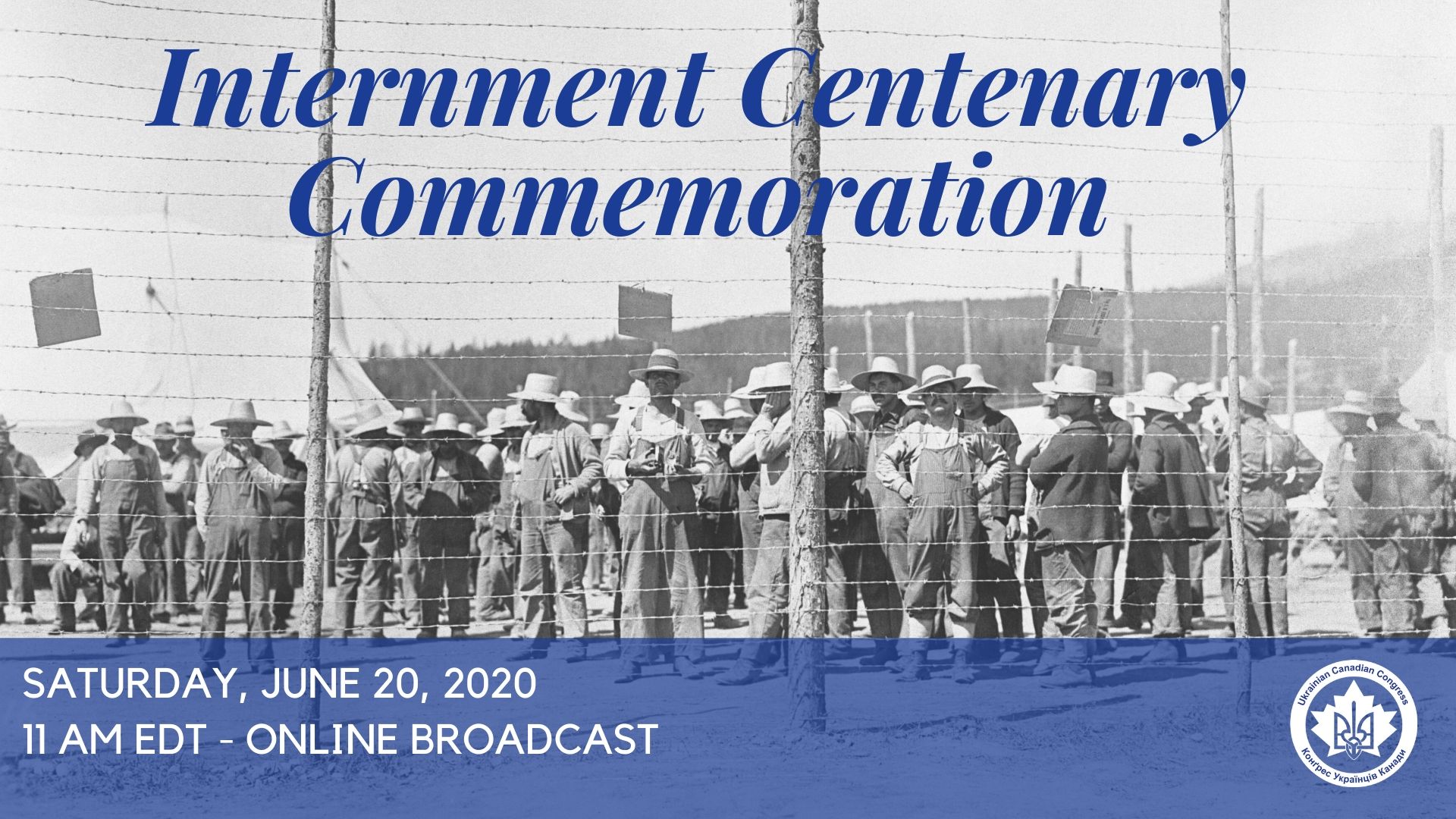 June 16, 2020. OTTAWA, ON. On June 20, 2020, Canada will commemorate the centenary of the end of Canada’s first national internment operations. The Ukrainian Canadian Congress (UCC) National Internment Centenary Committee will be holding a live online broadcast of commemorations, at 11:00 AM EDT on June 20.

“Internment of so-called ‘enemy aliens’ by the Canadian government during WWI is a shameful chapter in the history of our country. Thousands of people were discriminated against not because of anything they had done, but because of who they were and from where they had come,” stated Borys Sydoruk, Chair of the UCC Internment Centenary Committee. “On June 20, please join us to commemorate and honour the memory of the victims of Internment in Canada. Through learning about and acknowledging the bitter lessons of the past, we reaffirm our commitment to the principles of freedom and dignity of all human beings.”

From 1914 to 1920, 8,579 men, women and children branded as “enemy aliens” and interned at camps across Canada. Among them were Ukrainians, Alevi Kurds, Armenians, Bulgarians, Croatians, Czechs, Germans, Hungarians, Italians, Jews, Ottoman Turks, Polish, Romanians, Serbians, Slovaks and Slovenes, of which most were Ukrainians and most were civilians.

The Ukrainian Canadian Congress Alberta Provincial Council is honouring the centenary anniversary by presenting informational written, visual, and video posts that tell the story of the many victims and their descendants, as well as of the artists, authors, and researchers who brought this tragic event in Canadian history into the open after it was unacknowledged for over fifty years. We hope that you find these daily posts to be enlightening and that you will share them with others, casting light on one of the most troubling episodes of Canadian history.

Please see here for more information on the Twenty Days of Remembrance Project, please click on the image below: 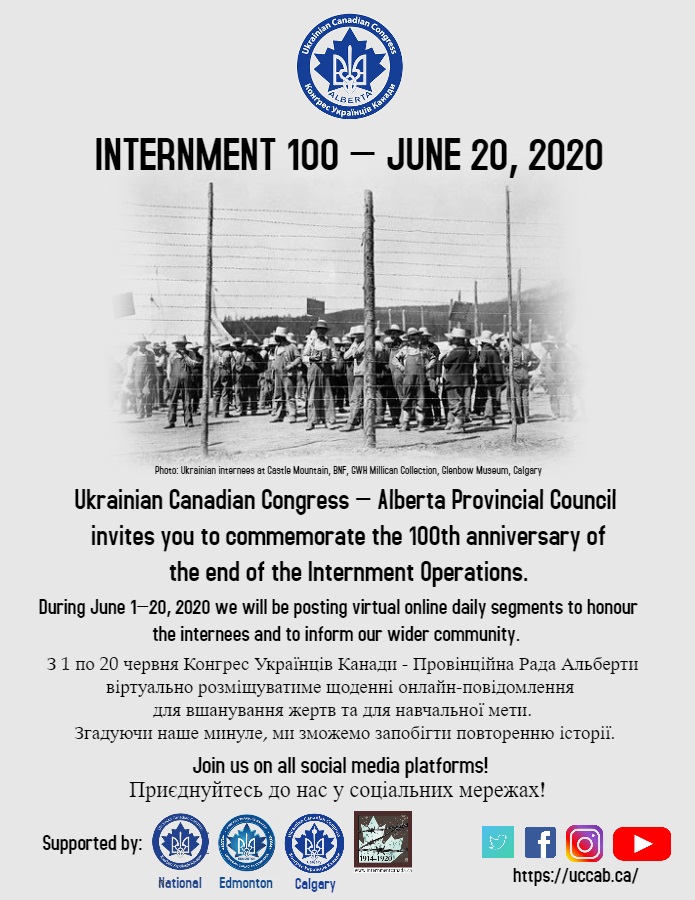