The event will also be live-streamed on the UCC facebook page, HERE 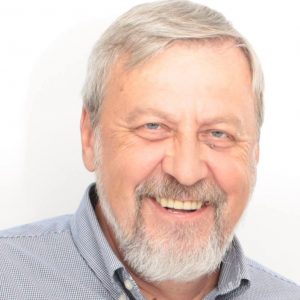 Andrei Sannikov is the former Belarusian Deputy Foreign Minister, opposition leader and activist. Born in 1954 in Minsk, Belarus, he is a career diplomat who worked in the Foreign Ministry of Belarus before resigning in protest against Lukashenka’s policies. Since then, he has been active in opposition and civil society activities. In 2008 he initiated the civil campaign, European Belarus, which advocates for integration of Belarus into the Euro-Atlantic community and membership in the European Union.

In 2010, Mr. Sannikov ran against Aleksandr Lukashenka in the presidential elections. He was incarcerated in a Minsk KGB facility for peacefully protesting election fraud and was recognized by Amnesty International as a prisoner of conscience. After 16 months in prison he was released under pressure from the international community but soon after had to flee the country. He received political asylum in the UK and continues his work for a free and democratic Belarus. 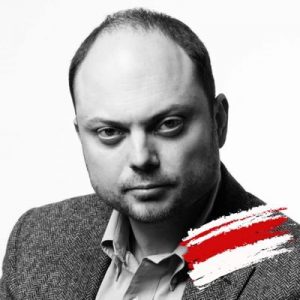 Mr. Vladimir Kara-Murza is a Russian democracy activist, politician, author, and filmmaker. He was a longtime colleague of Russian opposition leader Boris Nemtsov and chairs the Boris Nemtsov Foundation for Freedom.

Kara-Murza is a former deputy leader of the People’s Freedom Party and was a candidate for the Russian State Duma. He has testified before Parliaments in Europe and North America and played a key role in the passage of the Magnitsky legislation that imposed targeted sanctions on Russian human rights violators in the U.S., Canada, Great Britain, and several EU countries.

U.S. Sen. John McCain (R-Ariz.) called Kara-Murza “one of the most passionate and effective advocates for passage of the Magnitsky Act”; U.S. Sen. Ben Cardin (D-Md.) described him as “a courageous advocate for the democratic process and fundamental universal human rights.” Twice, in 2015 and 2017, Kara-Murza was poisoned with an unknown substance and left in a coma; the attempts on his life were widely viewed as politically motivated.

He is a contributing writer at the Washington Post and hosts a weekly show on Echo of Moscow radio, and has previously worked for the BBC, RTVi, Kommersant, and other media outlets. He has directed three documentary films, They Chose Freedom, Nemtsov, and My Duty to Not Stay Silent; and is the author of Reform or Revolution: The Quest for Responsible Government in the First Russian State Duma and a contributor to several volumes, including Russian Liberalism: Ideas and People, Europe Whole and Free: Vision and Reality, and Boris Nemtsov and Russian Politics: Power and Resistance. Kara-Murza has led successful international efforts to commemorate Nemtsov, including with street designations in Washington and Vilnius.

He is a vice president of the Free Russia Foundation and a senior fellow at the Raoul Wallenberg Centre for Human Rights; and has been a visiting fellow at the University of Chicago, leading a seminar course on contemporary Russia. Kara-Murza has been profiled on CBS 60 Minutes and NBC Nightly News, and has appeared on CNN, Fox News, MSNBC, and BBC Newsnight. He is a recipient of several awards, including the Sakharov Prize for Journalism as an Act of Conscience, the Magnitsky Human Rights Award, and the Geneva Summit Courage Award. He holds an M.A. (Cantab.) in History from Cambridge. He is married, with three children. (Bio courtesy of Washington Post) 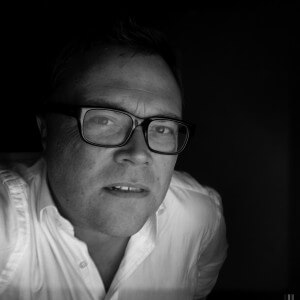 Marcus Kolga is an international award winning documentary filmmaker, journalist, digital communications strategist, and a leading Canadian expert on Russian and Central and Eastern European issues. Marcus has a focus on communications and media strategies as tools of foreign policy and defence, and continues to write commentary for national and international media including the Globe and Mail and Toronto Star. He is the co-founder and publisher of UpNorth.eu, an online magazine that features analysis and political and cultural news from the Nordic and Baltic region.

He frequently comments on Russian, Eastern and Central European issues on North American radio and television and at foreign policy conferences. Marcus is involved with international human rights organizations and national political organizations. In 2008 he spearheaded an effort to make August 23rd, the anniversary of the Molotov-Ribbentrop Pact, a Canadian national day of remembrance for the European victims of Nazism and communism – Black Ribbon Day – by drafting a parliamentary resolution that was introduced and passed by Hon. Bob Rae. In 2015, Marcus was awarded the Estonian Order of the White Star by President Toomas Hendrik Ilves. (Bio courtesy of MacDonald Laurier Institute)

On August 23, Canadians commemorate Black Ribbon Day, the National Day of Remembrance for the Victims of Communism and Nazism in Europe.

Established through a unanimous resolution of Canada’s Parliament in 2009, Black Ribbon Day coincides with the anniversary of the signing of the infamous Molotov-Ribbentrop Pact between Nazi Germany and the Communist Soviet Union. Soon after the Pact was signed, the two regimes jointly invaded and dismembered Poland, starting World War II. Millions of men, women and children were murdered, imprisoned, and subjected to dreadful brutality by the Nazi and Soviet regimes.

On Black Ribbon Day, we honour the memory of millions of innocent victims of Nazi Germany and the Communist Soviet Union.