UCC expresses condolences on the passing of the Rt. Hon. John Turner 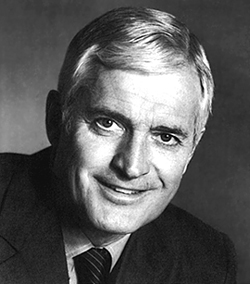 September 19, 2020. OTTAWA. The Ukrainian Canadian Congress (UCC) expresses its deep condolences to the family and friends of the Right Honourable John Turner, who passed away yesterday at the age of 91.

Mr. Turner’s life in federal politics and public service spanned decades. First elected as a Member of Parliament in 1962, Mr. Turner served in senior Cabinet posts, including as Minister of Justice and Attorney General, and Minister of Finance. In 1984, he became Canada’s 17th Prime Minister. He retired from public life in 1993.

In 2004, Mr. Turner served as Head of Mission for Canada’s election observation mission to Ukraine for the re-run of the second round of the Presidential election that followed the Orange Revolution. Mr. Turner led a team of more than 500 Canadian election observers for that mission, supporting the Ukrainian peoples’ right to democracy and their right to elect their leaders in a free and fair vote.

“Mr. Turner dedicated many years of his life to serving Canada and the Canadian people. He served our country with honour and dignity. We join all Canadians in mourning him and in expressing our condolences to his family and friends,” stated Alexandra Chyczij, National President of the UCC. “May His Memory Be Eternal. Вічная Пам’ять.”