The Ukrainian World Congress International Holodomor Coordinating Committee will be announcing its new initiative to create a network for descendants of Holodomor victims. The goal of the global network will be to create a platform for communication, support, advocacy and activism.

Every Canadian community and organization is encouraged to actively engage descendants in commemorations while building a database of individuals interested in participating and learning more about the Holodomor as well as the network itself.

The Holodomor National Awareness Tour, a project of the Canada Ukraine Foundation, has launched a campaign including a petition for the inclusion of the word “Holodomor” in English-language dictionaries.

All commemorations in 2020 should prioritize information about the campaign along with instructions on how to sign the online petition. Please share widely and repeatedly throughout the month of November with your membership via websites, social media sites, newsletters and bulletins. We also encourage reaching out to smaller communities that may not necessarily receive regular communication from UCC.

For more on the campaign and the petition visit www.deeptruth.ca

The annual Holodomor commemoration on Parliament Hill will be replaced this year by a virtual commemoration being organized by UCC National staff and, as in the past, in partnership with the Canada-Ukraine Parliamentary Friendship Group and the Embassy of Ukraine in Canada.

NOTE: Please send us at least one high-resolution photo from a Holodomor commemoration in your community from last year (or any past year) to be included in the virtual national commemoration. Photos can be sent to nationaloffice@ucc.ca  no later than October 30.

We commend all of our communities across Canada for their creativity in raising awareness of the Holodomor and engaging the Canadian public in remembrance. This year, despite restrictions on activities in the reality of 2020, commemorations will be taking place across the country in a combination of live and virtual formats.

Regardless of the format, we encourage communities to find creative ways to include broad segments of the local community, including youth and elected officials, in an effort to share the story of the Holodomor. With the curtailment of some traditional indoor activities, it is a good opportunity to shift the focus to: 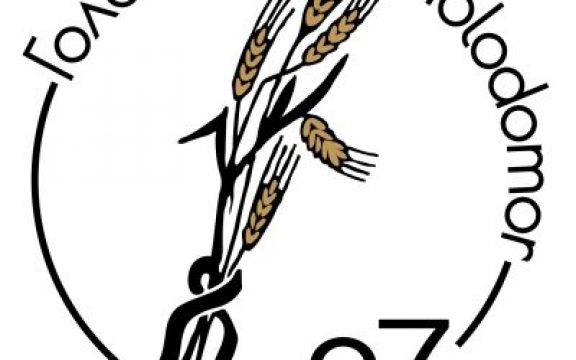