To protect human rights, target those who abuse them

UCC letter re Bill C-15 An Act respecting the United Nations Declaration on the Rights of Indigenous Peoples14 December 2020
December 10, 2020in News 0 Likes 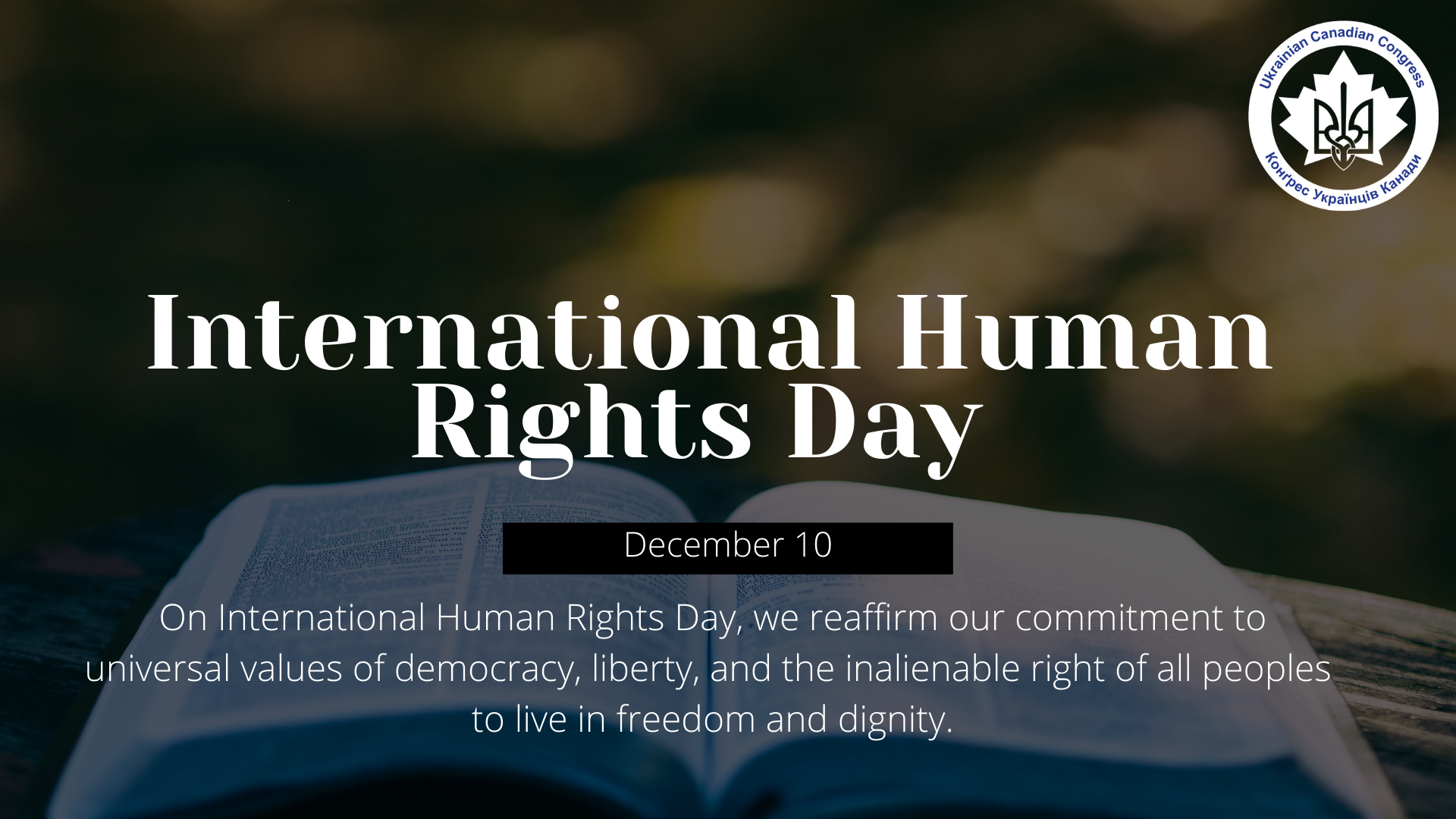 To read at ipolitics, please click on the image below 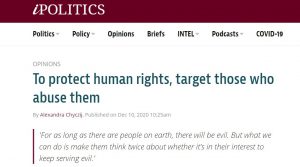 On September 16, they passed judgement on seven Crimean Tatar civic activists and journalists, sentencing them to prison terms of between 13 and 19 years.

Marlen Asanov, Memet Belyalov, Timur Ibragimov, Seyran Saliyev, Server Mustafayev, Server Zekiryayev, and Edem Smailov were sentenced to jail for no “crime” other than their courageous resistance to Russia’s illegal occupation of Crimea, the ancestral homeland of the Crimean Tatar People and an integral part of Ukraine. All innocent men, who now face the prospect of growing old in Russian prisons and labour camps.

Men like Zubairov, Saprunov and Nikitin are the embodiment of loyal servants of dictators who unthinkingly carry out the orders of their masters. They are the pillars of authoritarian, repressive regimes around the world. Every dictatorial regime relies on thousands of Zubairovs, Saprunovs and Nikitins. Without men like these to serve it, the systems crumble.

We can’t change men like Zubairov, Saprunov and Nikitin. For as long as there are people on earth, there will be evil. But what we can do is make them think twice about whether it’s in their interest to keep serving evil.

Many of those who serve these regimes keep their money in Western banks; they vacation in the West; they send their children to school here. The higher up the chain in the regime one goes, the likelier that their money is kept outside their own country. Because in serving a repressive system, they have learned that at any time the system can turn on them. And when it does, it’s better if your money is in a bank in London rather than in Rostov.

A few days ago, the European Union adopted measures that allow the EU to target officials and entities responsible for human rights violations. Perpetrators of repression can be banned from travelling to Europe, their assets can be frozen and Europeans can be prevented from making funds available to them.

The EU now joins the US, Canada and the UK in adopting these measures, known widely as “Magnitsky Acts” – named after Sergei Magnitsky, a Russian lawyer who exposed fraud by the Russian government and was tortured and murdered by Russian officials.

With the adoption of these measures by the EU, we can and must act in concert to isolate those who abuse human rights around the world.  We have the tools to ban these human rights abusers from enjoying the protection of the rule of law for their ill-gotten property and their person – protection they work every day to deny others. And that, in turn, may make these officials think harder the next time they torture, prosecute or sentence an innocent man or woman.

Today is International Human Rights Day. Heads of state or governments of democratic countries will make statements about the importance of defending the values and principles upon which the democracy is built. They will make statements about defending human rights around the world. If they start sanctioning those who abuse these rights, we will know they mean what they say.