January 29, 2021. Ottawa, ON. The Ukrainian Canadian Congress (UCC) is pleased to welcome Sonia Molodecky, Counsel and Director Special Initiatives for the Temerty Foundation, as a new member of the UCC’s Advisory Council. 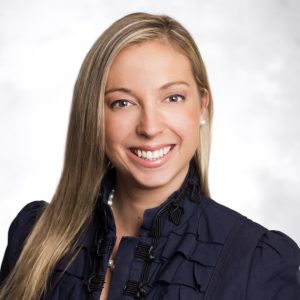 “We are very pleased to welcome Sonia Molodecky to the UCC Advisory Council,” said Alexandra Chyczij, UCC National President. “Sonia will bring experience in community development and philanthropy to contribute to the UCC’s ongoing work.”

Founded in 1997 by Jim and Louise Temerty, the Temerty Foundation and the Temerty family have been long-standing supporters of the Ukrainian-Canadian community and causes important to Ukraine, including the Ukrainian Canadian Congress Charitable & Educational Trust.

Mr. Temerty founded the Ukrainian Jewish Encounter, and among many charitable organizations, the Foundation proudly supports the Taras Shevchenko Foundation, Help Us Help, the Sunnybrook Ukraine Surgery Education Partnership, and the Ukraine Paediatric Fellowship Program at SickKids. Most recently the Temerty Foundation donated the largest gift in Canadian history to the University of Toronto’s Faculty of Medicine, now the Temerty Faculty of Medicine. The Temerty Foundation is also a major supporter of the Holodomor Mobile Classroom, and the Holodomor Research and Education Consortium at the University of Alberta and in Ukraine.

About the UCC Advisory Council

The UCC Advisory Council is comprised of prominent members of the Ukrainian Canadian community who have demonstrated outstanding leadership and have made significant contributions to the community.

Members of the Advisory Council are nationally recognized and respected Canadians who provide strategic guidance and expertise to help shape the current and future priorities of the Ukrainian Canadian community and who provide meaningful input and support to the UCC as the umbrella organization for one of the most dynamic and influential communities in Canada.

Sonia Molodecky, LLB, is Counsel and Director Special Initiatives for the Temerty Foundation. Sonia is a Ukrainian-Canadian lawyer with deep roots in her culture and community. An accomplished lawyer with more than 15 years’ experience working in international business, law, community engagement and economic development, Sonia has worked across sectors and industries, having done business in more than a dozen countries around the world.

Sonia began her career in corporate finance law at two of Canada’s largest law firms. Sonia has also worked for the United Nations Development Program in Ukraine, where she worked as legal advisor to the Prime Minister of Ukraine to implement democratic governance, anti-corruption and accountability frameworks after the Orange Revolution; for the Public Defender’s Office in Argentina; and for the President of the Commission of Human Rights and Justice in Mexico.

In 2013, along with Indigenous Elder and former Chief, Sonia co-founded the Global Indigenous Development Trust, a Canadian not-for-profit organization that supports sustainable economic development, empowered community engagement and equitable partnerships. Sonia has also founded a number of for-profit businesses in the areas of telecommunications (IoT), funds management and natural resources, on which she sits as Director. Sonia most recently worked as Program Lead with the University of Toronto’s Center for Global Engineering to develop the University’s new Reconciliation Through Engineering Initiative (RTEI), a collaborative, ‘two-eyed seeing’ approach to applied research in the areas of energy, housing, water, food and transportation infrastructure, founded in respect and reciprocity.

As Counsel and Director of Special Initiatives at the Temerty Foundation, Sonia is responsible for providing strategic advice and counsel to the Foundation on its charitable endeavors, as well as overseeing the Ukrainian initiatives and partnerships that the Foundation supports. Sonia is fluent in English, Ukrainian and Spanish.