Day of Resistance to Russian occupation of Crimea 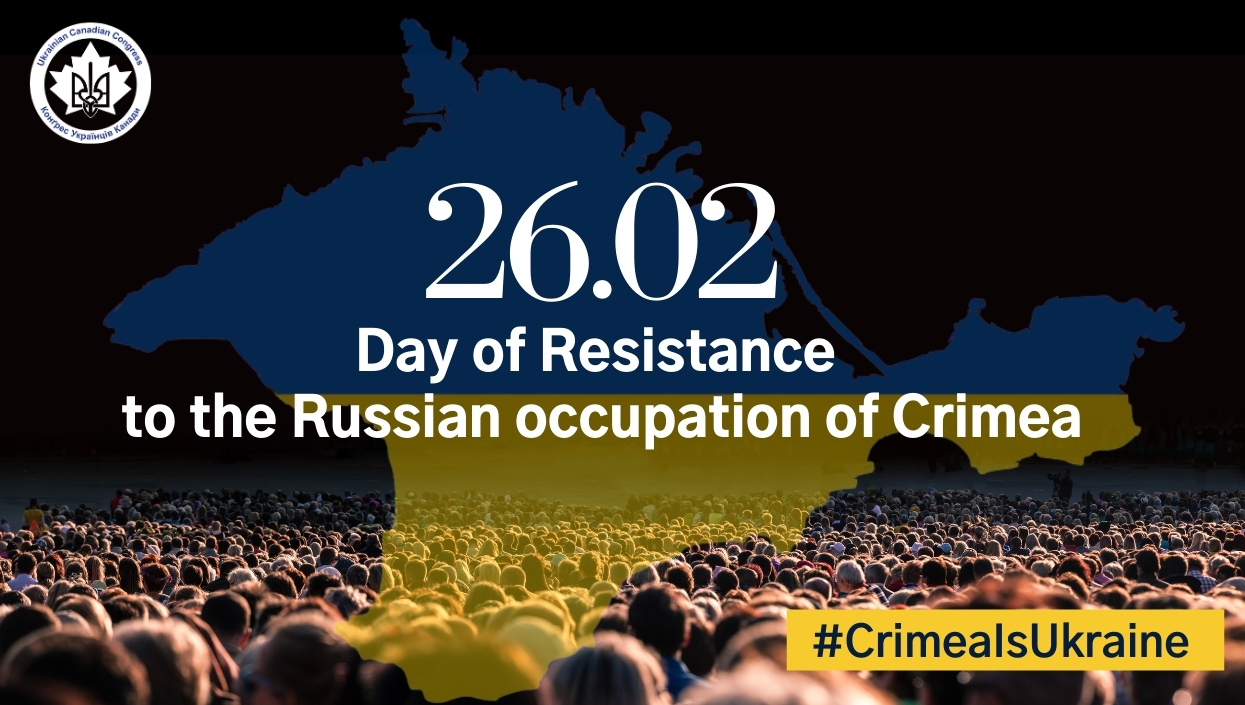 February 26, 2021. OTTAWA. On February 26, Ukraine and Ukrainians around the world mark the Day of Resistance to the Russian Occupation of Crimea and Sevastopol.

Seven years ago, Russia’s armed forces invaded and occupied Crimea. On February 26, 2014, thousands of people, led by the indigenous Crimean Tatar People’s Representative Assembly – the Mejlis –   gathered in front of the Parliament of Ukraine’s Autonomous Republic of Crimea to voice their protest against Russia’s occupation. Today we honour their bravery and pay tribute to those who courageously resist Russia’s illegal occupation of Crimea.

In the seven years since the Russian occupation of Crimea began, the “authorities” in occupied Crimea have instituted a regime of terror against Crimean Tatars, ethnic Ukrainians, and anyone who speaks in opposition to this act of ruthless military aggression. Over 100 Ukrainian citizens – 75 of whom are Crimean Tatars – are illegally jailed for no crime other than speaking the truth – that Crimea was, is and will always be sovereign Ukrainian territory.

Today we recommit ourselves to supporting the just and righteous cause of the Ukrainian people to defend their independence and their efforts to liberate Crimea from foreign occupation. The international community and all civilized nations support the sovereignty and territorial integrity of Ukraine, and we call on Canada and partners to increase pressure on Russia to withdraw their armies from Ukrainian Crimea.

A few days ago, the UCC provided a briefing to the Canadian government, calling for the imposition of sanctions against Russian and occupation officials responsible for gross human rights violations of Ukrainian citizens. We will update our community on these efforts in the coming days.

Yesterday, the UCC, in partnership with the Media Initiative for Human Rights and the Postcards for Prisoners project, co-hosted a webinar, 7 Years of Russia’s Occupation of Crimea: Human Rights Trends and Call to Action from NGOs, which can be viewed by clicking on the image below.