1960s – Multiculturalism and the Arts 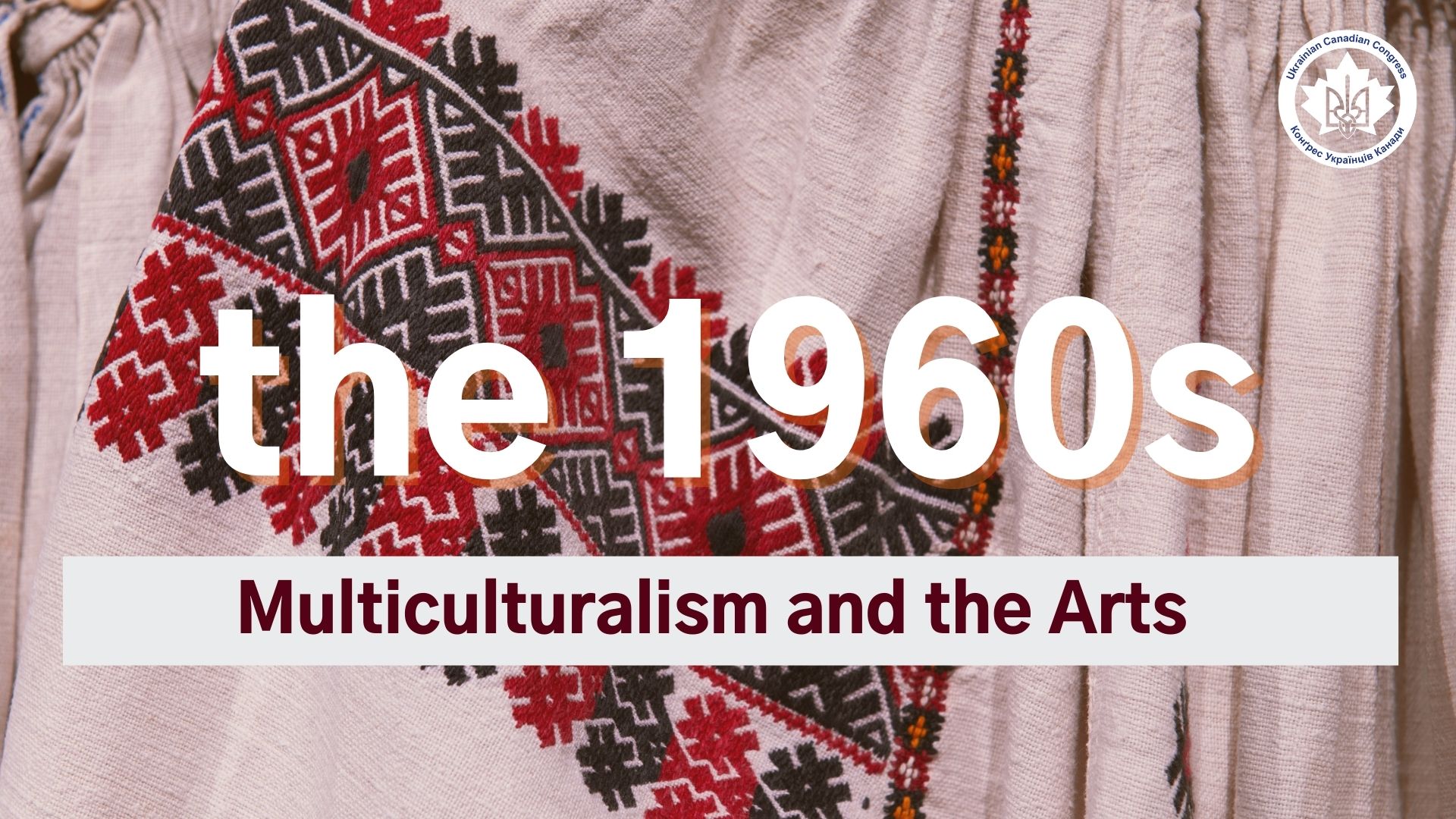 The Ukrainian Canadian community continued to grow and prosper throughout the 1960s.

The community embarked on a project securing the Ukrainian legacy of contributions to Canada – from coast to coast, donations are raised to build a monument to Ukraine’s bard, Taras Shevchenko at the Manitoba legislature.

With the surplus funds from the monument project, a new fund is created to preserve and develop Ukrainian culture in Canada.

Thanks to the efforts of Senators John Hnatyshyn, William Wall, Paul Yuzyk and Member of Parliament Nicholas Mandziuk – An Act to Incorporate the Ukrainian Canadian Foundation of Taras Shevchenko was signed by Canada’s Governor General in July 1962. Almost 60 years later, the Shevchenko Foundation continues to play a leading role in our community’s rich cultural life, the education of our children and in supporting our flourishing arts community.

The 1960s also saw discussions intensify about Canada’s diversity. Trailblazers such as Senator Paul Yuzyk, Manoly Lupul and many others recognize that Canada, as defined as a bicultural nation, excludes Canada’s Indigenous peoples and the contributions of Canadians of non-British or non-French origins.

In his maiden speech in the Senate in 1964, Yuzyk spoke of his vision of a Multicultural Canada – “It will be Canada’s contribution to the world. In Canada we have the world in miniature. World peace and order could be achieved if the principles of unity in continuing diversity, brotherhood, and compromise and the recognition of the freedom and dignity of individuals and nations are honestly applied.”

In the mid-1960s, representatives of the UCC and member organizations deliver reports to the Royal Commission on Bilingualism and Biculturalism, which recommends that minority groups be given greater recognition and support in preserving their cultures.

In October 1971, Prime Minister Pierre Trudeau, speaking at the Ukrainian Canadian Congress, announces the policy of multiculturalism. Trudeau states, “There is no such thing as a model or ideal Canadian. A society that emphasizes uniformity is one that creates intolerance and hate. What the world should be seeking, and what in Canada we must continue to cherish, are not concepts of uniformity but human values: compassion, love, and understanding.”

Ukrainian Canadian leaders such as Paul Yuzyk, and those who came before him, like Ukrainian Canadian Member of Parliament Anthony Hlynka, were instrumental in the development and implementation of the policy of multiculturalism, which defines us as a nation today.

Today, that diversity is reflected in the rich cultural life of our community from coast to coast – our Ukrainian schools; the festivals where all Canadians enjoy our music, food and dance; and the artists whose works inspire us.

If, as Senator Yuzyk said, “In Canada we have the world in miniature,” – in our Ukrainian community, we have Canada in miniature. We celebrate and preserve both our unity as Canadians and our traditions, culture and backgrounds.

Ukrainian Canadians have been enriching the fabric of Canadian society for over 130 years – like many peoples we have found freedom here, we have nurtured and developed our language and our culture, and we have contributed to Canada’s success as one of the greatest countries in the world.