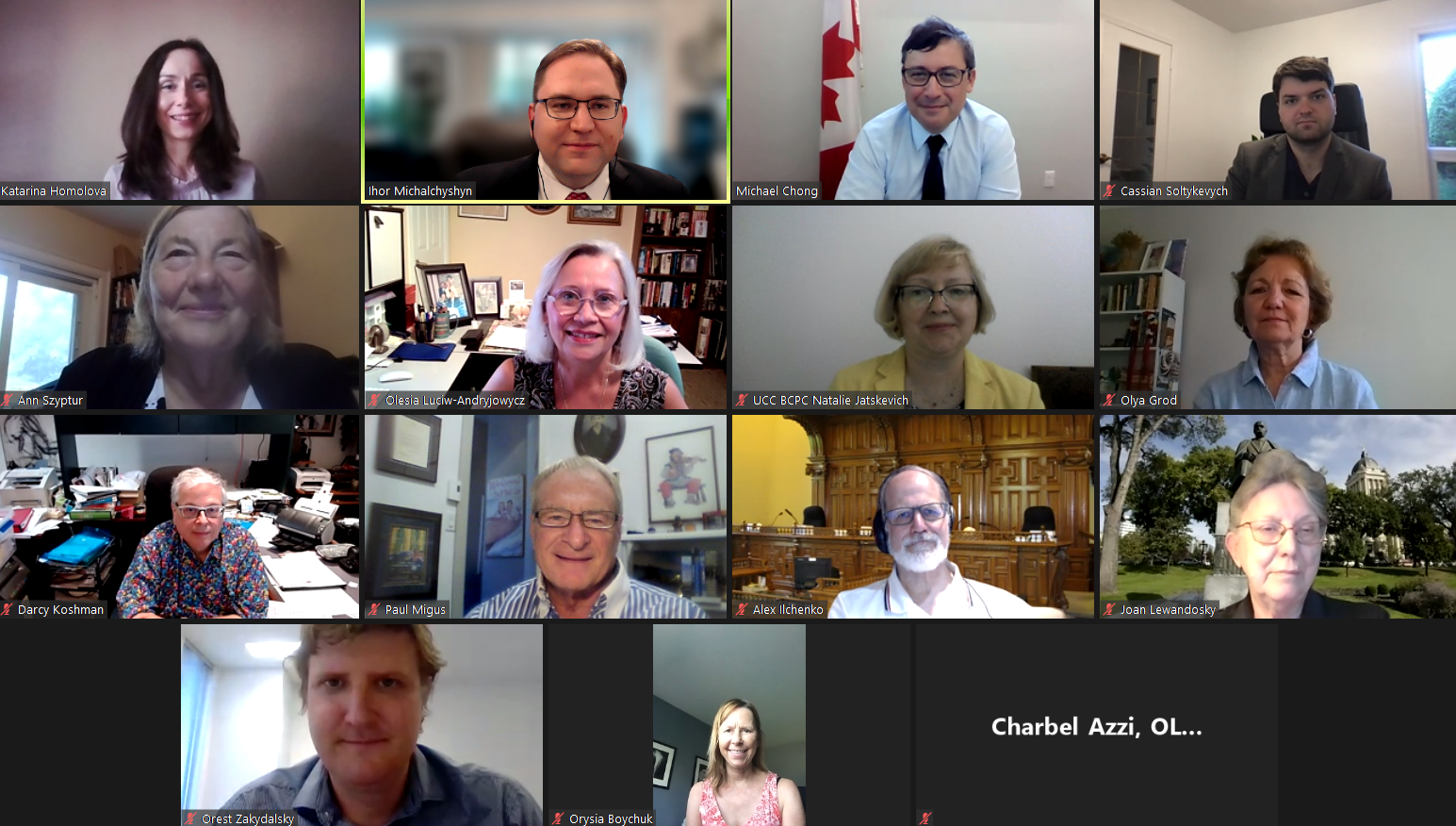 July 15, 2021. OTTAWA, ON. On July 14, a delegation of the Ukrainian Canadian Congress (UCC) met with the Honourable Michael Chong, PC, MP, the Official Opposition Shadow Minister of Foreign Affairs.

The delegation of UCC Directors from across Canada briefed Shadow Minister Chong on the UCC’s policy recommendations regarding Canada-Ukraine relations.

“Mr. Chong emphasized the Official Opposition’s strong and unequivocal support for Ukraine’s sovereignty and territorial integrity in the face of continued Russian aggression,” stated Alex Ilchenko, First Vice President of the UCC, who chaired the UCC’s delegation. “We are grateful to Mr. Chong for taking the time to meet with our community to discuss Canada-Ukraine relations. The UCC will continue to engage with all Canadian political parties and leaders to ensure that Canadian support for Ukraine remains steadfast.”