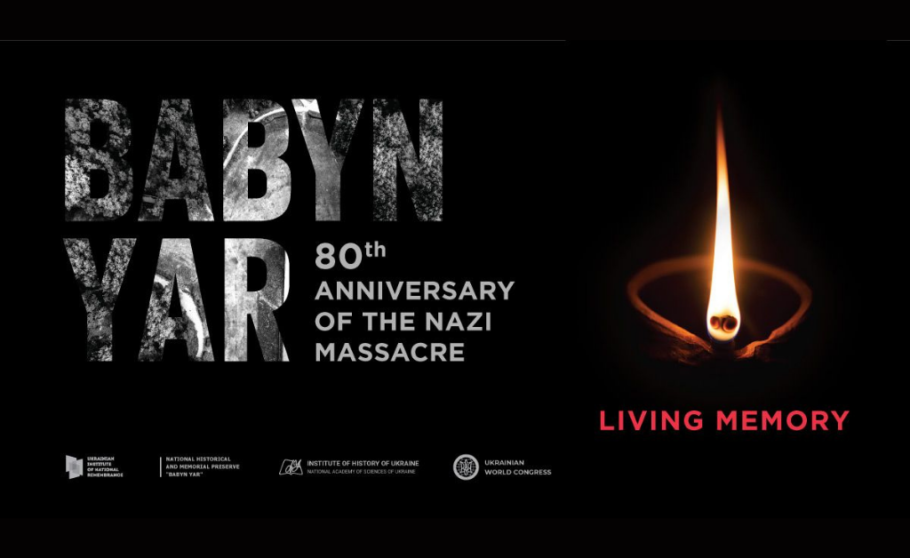 On September 29 and September 30, 1941, the Nazi German occupiers of Kyiv rounded up 34,000 Jewish men, women and children and murdered them at Babyn Yar, a ravine outside of the city.

Later, at Babyn Yar, the Nazi German occupiers murdered Ukrainians, Roma, POWs, opponents of the occupying regime, and persons with disabilities. They joined their Jewish neighbours in the mass graves at Babyn Yar.  The total number of innocent victims is estimated at 100,000 people.

As we remember the innocent victims of Babyn Yar we must renew our resolve to speak out against evil in all its manifestations.

More than seven years ago, Russia invaded Ukraine, subjecting the Ukrainian people in the occupied territories to unspeakable torture and violations of human rights.   The past has taught us that Genocide begins with dehumanization and the violation of universal human rights, and that aggression must be forcefully opposed.

On this 80th anniversary of Babyn Yar, we pray for the thousands of innocent people who were murdered there, and the millions who were murdered in the Shoah. We draw inspiration from the courage of Survivors, and from the Righteous who risked their lives to help their neighbours.

May Their Souls Be Bound in the Bonds of Eternal Life. Вічная Пам’ять.

More information on how to participate in these commemorations is available by clicking on the image below: 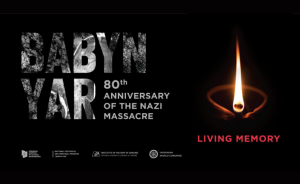