National Day for Truth and Reconciliation29 September 2021Next 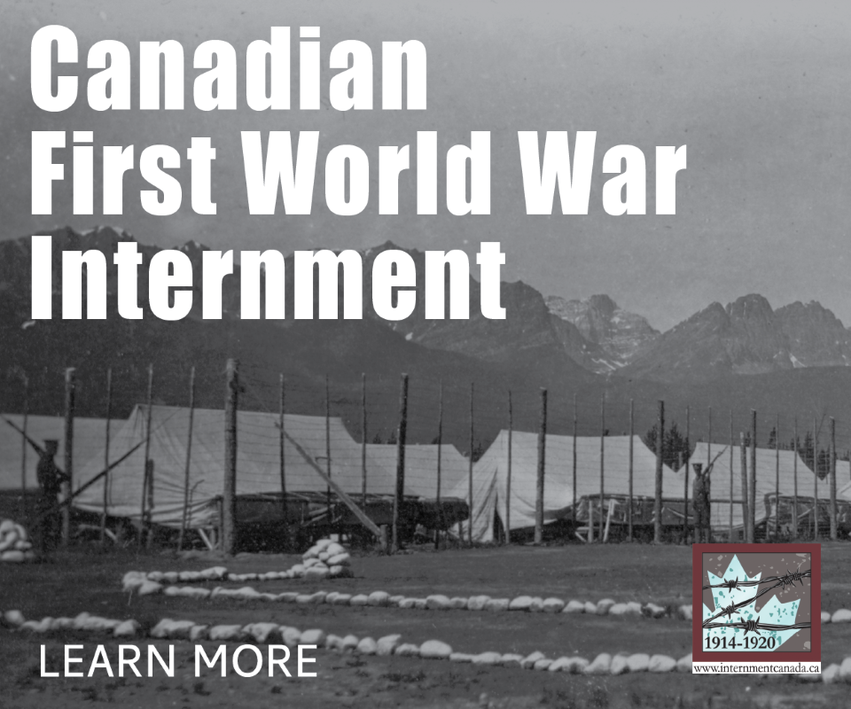 October 1, 2021. OTTAWA, ON. Today the Ukrainian Canadian Congress (UCC) launched an Internment Education Campaign . This campaign will reach thousands of Canadians on various media platforms with emphasis on mobile devices and social media. The campaign will promote awareness of First World War Internment Operations using a series of innovative video ads and still images that will be featured on social media and with BellMedia partners (CTV News, TSN, Discovery Channel, etc).

“We have adapted creatively to seek new audiences and engage online to promote awareness about the First World War Internment,” stated Alexandra Chyczij, National President of the UCC. “This innovative campaign will run throughout October, in the lead up to October 28, National Internment Education Day.”

From 1914-1920, 8,579 Ukrainians and other Europeans, who were branded ‘enemy aliens’ were imprisoned in 24 internment camps across Canada. Men, women, and children suffered during Canada’s First National Internment Operations, not because of anything they had done, but only because of who they were and where they had come from.

“The Internment Recognition Fund is committed to the ensuring that the long-forgotten story of Canada’s first national internment operations of 1914 to 1920 is rightfully placed in our nation’s history,” said Borys Sirsky, CFWWIRF Chair.

In 2014, the Endowment Council of the Canadian First World War Internment Recognition Fund and the UCC Internment Committee adopted resolutions designating October 28 as day to remember the victims of this injustice. And we are united in our resolve to bring an end to prejudice and discrimination, wherever they may appear. We encourage all Canadians to mark this important day of commemoration in their communities.

This project has been made possible by a grant from the Endowment Council of the Canadian First World War Internment Recognition Fund.

The Canadian First World War Internment Recognition Fund (CFWWIRF) was established to support commemorative and educational projects that recall the unjust internment of 8,579 so-called “enemy aliens”. The affected ethno-cultural communities include Ukrainians, Bulgarians, Croatians, Czechs, Germans, Hungarians, Italians, Jews, various people from the Ottoman Empire, Polish, Romanians, Russians, Serbians, Slovaks, Slovenes, and others most of whom were Ukrainians and most were civilians.

Since the inception of the CFWWIRF, over $5M has been approved in grants which include educational resources for teachers, an Augmented Reality Map and an online digital map which houses The Camps webseries along with over 12,000 newspaper articles.

Ryan Boyko is a multi-award winning Producer, Writer and Director. His series “The Camps” and his Feature Documentary “That Never Happened: Canada’s First National Internment Operations” tell of Ukrainian Canadian hardships from a global perspective. Ryan spoke at The UN on the topic of WW1 Internment and later this year segments of his work will be installed at the Canadian Museum of History.