UCC congratulates recipients of the Order of Canada

UCC meets with Canada’s Minister of Foreign Affairs21 December 2021Next

“On behalf of our community, I congratulate Professors Petryshyn, Polatajko and Ratushny on their appointment to the Order of Canada,” stated Alexandra Chyczij, National President of the UCC. “Their commitment to public service and to improving the lives of all Canadians are examples for us all to follow. Вітаємо!”

The Order of Canada is one of Canada’s highest honours, awarded to people whose service shapes our society, whose innovations ignite our imaginations and whose compassion unites our communities.

Governor General Simon stated, “Canada is defined by the people that make up this great country. These most recent nominees to the Order of Canada are shining examples of the commitment and outstanding contributions Canadians have made to the well-being of communities throughout this land, whether it be social, environmental, scientific, economic, cultural or related to mental and physical health. To all of the nominees, congratulations and thank you.”

For the news release from the Governor General of Canada, please see here:

Dr. W Roman Petryshyn was invested as a Member of the Order of Canada for his “leadership in the evolution of multiculturalism in Canada, and for his advocacy of ethnocultural inclusion in mainstream society.” 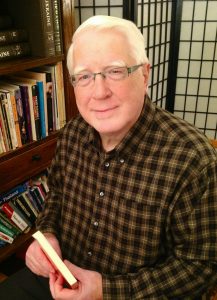 Professor Petryshyn is a founding member of the Canada-Ukraine Foundation, which coordinates, develops, organizes and delivers assistance and charitable projects generated by Canadians to Ukraine. Among his many professional and academic accomplishments, he was the founding director of the Ukrainian Resource and Development Centre (URDC) at Grant MacEwan University where he held the Drs. Peter and Doris Kule Chair in Ukrainian Community and International Development until 2015. He is the recipient of several awards from the Ukrainian Canadian community, including the UCC National Leadership Award and the Hetman Award of the UCC Alberta provincial council.

Dr. Helene Polatajko was invested as an Officer of the Order of Canada for her “for significantly advancing the understanding of developmental coordination disorder in children.”

Professor Emeritus at the University of Toronto, Dr. Polotajko is an internationally respected occupational therapy scholar and teacher and a valued mentor. She has well over 300 publications, has done over 550 presentations in more than 20 countries. Dr. Polatajko has been granted numerous top awards and distinctions including the Muriel Driver Lectureship, election to The American Occupational Therapy Foundation’s Academy of Research and being named as a Fellow to the Canadian Academy of Health Sciences.

Professor Edward J. Ratushny was promoted to Officer of the Order of Canada for his “contributions to the field of administrative law, and for his leadership in sports arbitration and law.”

Professor Ratushny began teaching at Windsor Law School in 1970 in the areas of Criminal, Constitutional and Sports and Entertainment Law. Dr. Ratushny has made outstanding contributions to the rule of law and the cause of justice. He has authored books on self-incrimination and public inquiries as well as numerous scholarly articles and government reports. His work is cited frequently by the Supreme Court of Canada. For over 20 years Professor Ratushny has been a Special Counsel to the Canadian Judicial Council regarding the conduct of superior court judges throughout Canada. He is a recipient of the UCC Saskatchewan Provincial Council Nation Builders Award (2019).