UCC Calls for Greater Sanctions on Russian Officials and Agents 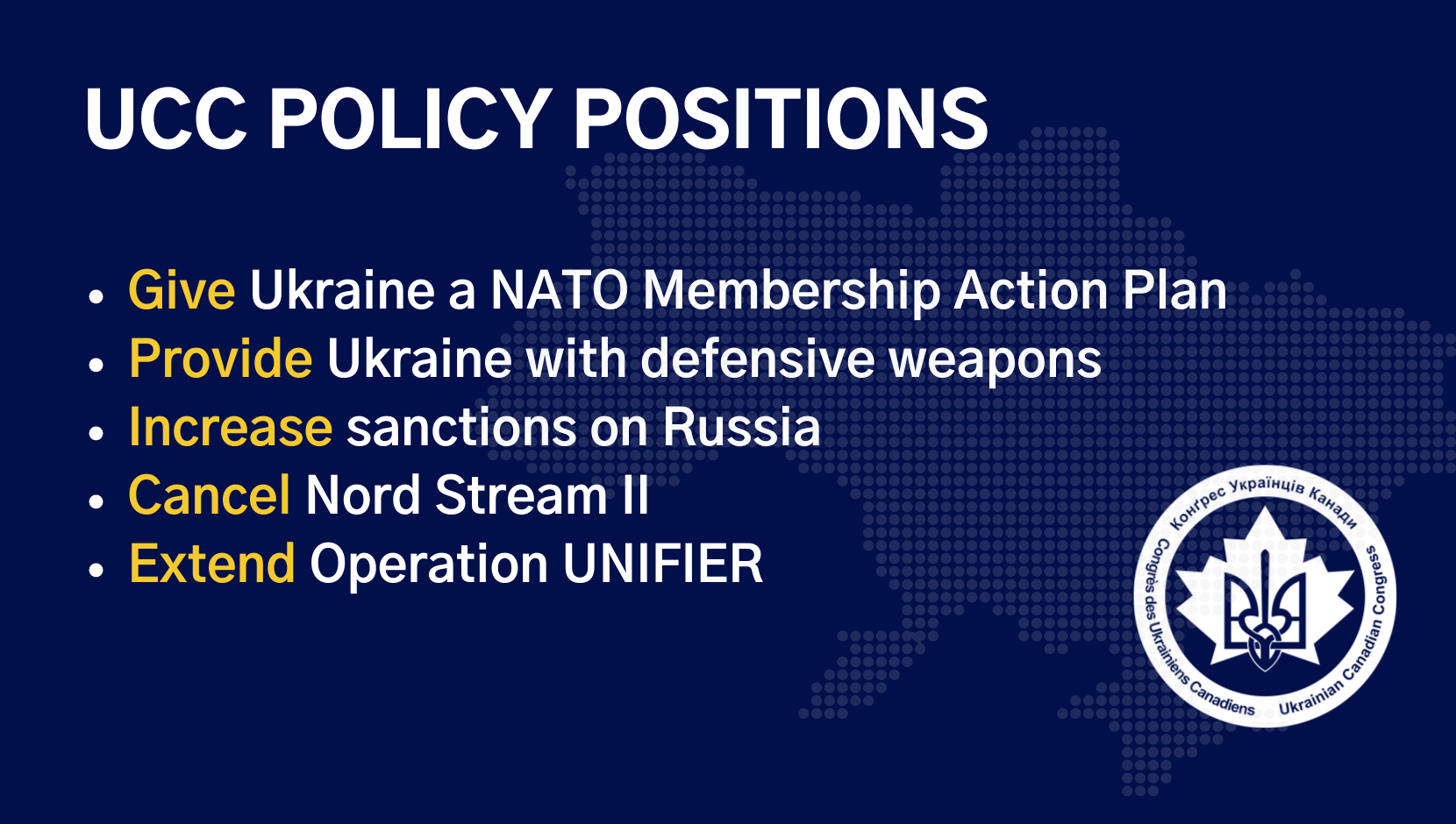 The Ukrainian Canadian Congress (UCC) calls on the Government of Canada to implement similar sanctions against these Russian Federal Security Service (FSB) connected former Ukrainian officials. These individuals were identified as working for the FSB to destabilize and undermine Ukrainian government officials and advocate on behalf of Russia.

The UCC also calls for the Government of Canada to review current sanctions lists to ensure comprehensive and close coordination with those currently enacted by the European Union and the United States.

A call for greater sanctions in response to Russia’s war against Ukraine is part of the UCC’s #StandWithUkraine Call to Action, focused around January 22, 2022. This Call to Action has both an online awareness component and community advocacy effort to reach Members of Parliament on key priorities, including greater sanctions on Russia and its officials and agents.

“The Ukrainian people need our help defending their freedom and their country. Russia’s imperialism is a threat not only to Ukraine, but to European peace and global stability,” stated Alexandra Chyczij, National President of the UCC. “Canada and our allies need to stand with Ukraine and stand against Russia’s aggression.”

For additional background please visit the website of the U.S. Department of the Treasury.