#StandWithUkraine – The View from Kyiv19 January 2022Next

The Ukrainian Canadian Congress (UCC) calls on all Canadians to join the #StandWithUkraine campaign and show your support for the Ukrainian peoples’ right to live free and in peace in their own land.

“The Ukrainian people need our help defending their freedom and their country. Russia’s imperialism is a threat not only to Ukraine, but to European peace and global stability,” stated Alexandra Chyczij, National President of the UCC. “Canada and our allies need to stand with Ukraine and stand against Russia’s aggression.”

For eight years, the Ukrainian people have bravely defended their country against brutal Russian aggression, as Russia once again seeks to colonize Ukraine. Over 13,000 people have been killed, over 1.5 million displaced. Today, Russia is massing troops and weapons near Ukraine’s borders and on occupied Ukrainian territory and threatening to invade further into Ukraine.

On January 22, the Day of Unity of Ukraine, join the #StandWithUkraine campaign on our Call to Action Page

2. Take a photo holding the image

3. On January 22, share your photo on your social media accounts with the hashtag #StandWithUkraine

4. Write to your Member of Parliament and express your support for the UCC’s policy positions. A template letter to MPs is available here.

You can find the contacts for your MP’s office here 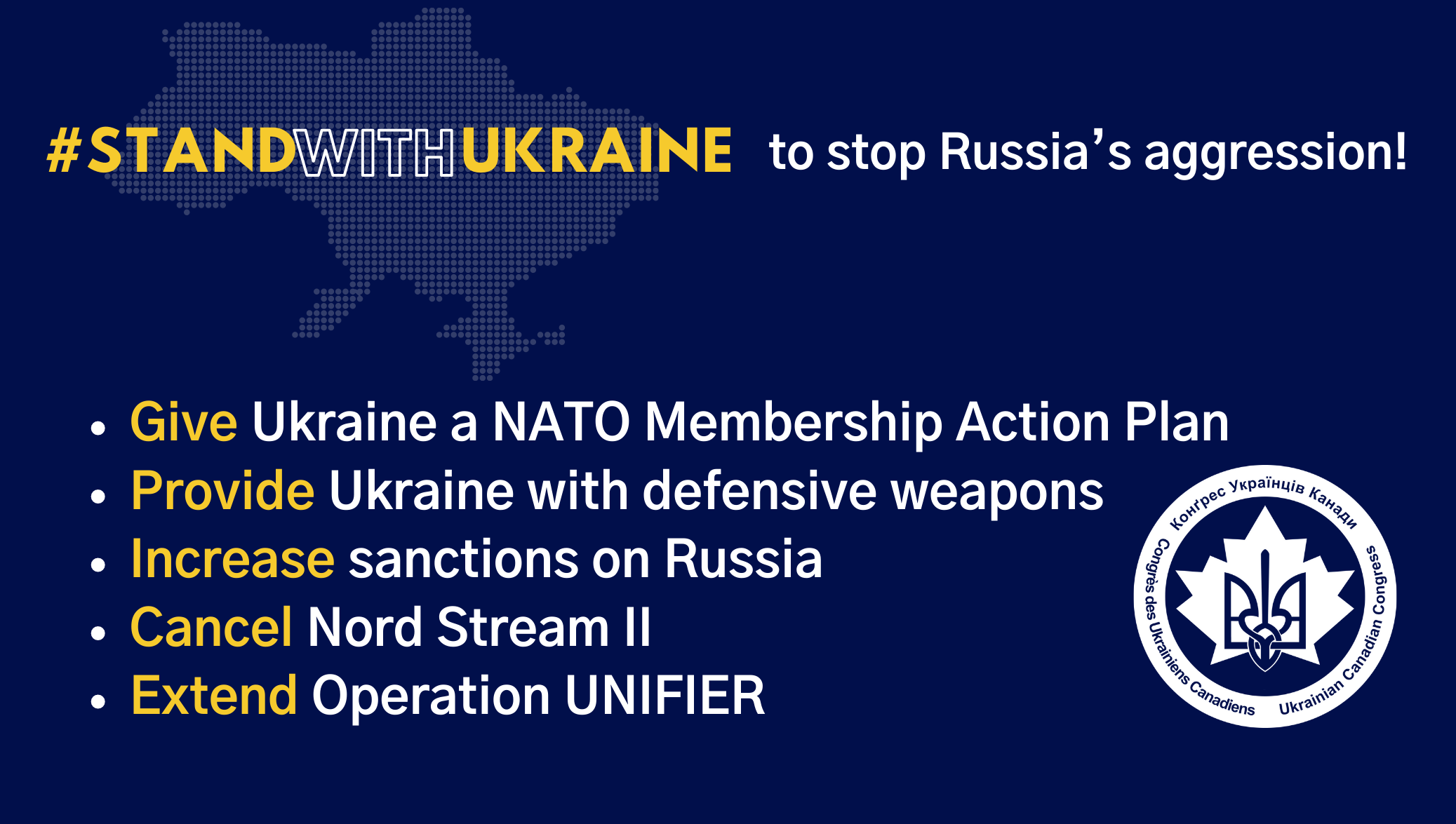