You Turned Canada Blue and Yellow! 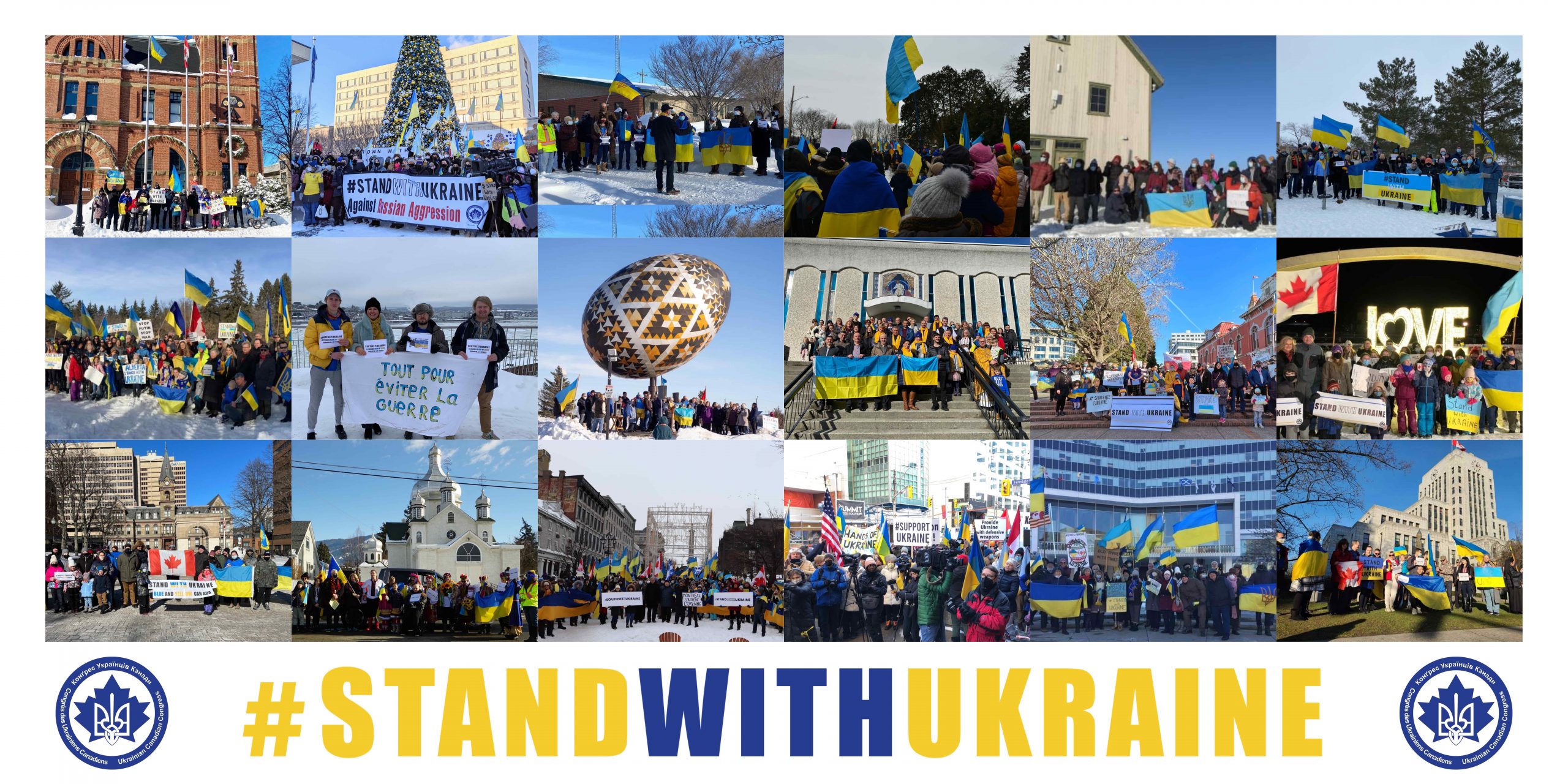 February 7, 2022. OTTAWA, ON. On February 6, thirty communities from all ten provinces joined together to rally in support of the Ukrainian people in their fight against Russia’s aggression. They called on the Government of Canada to provide Ukraine with defensive weapons immediately.

“It was truly moving and inspiring to see communities from all 10 provinces – from St. John’s on the Atlantic coast – to Victoria on the Pacific coast, and more than 2 dozen places in between – come together to show that Canadians Stand With Ukraine!” stated Alexandra Chyczij, National President of the Ukrainian Canadian Congress (UCC). “Sunday’s events were a powerful message from Canadians to Prime Minister Trudeau, the Cabinet and to Members of Parliament that Canada should provide Ukraine with defensive weapons immediately, to help Ukrainians defend themselves from Russia’s increasing aggression. To the people of Ukraine – we will always be with you in your fight to defend your freedom!”

The UCC thanks everyone who organized and participated in yesterday’s events. In the coming days, the UCC will be sharing an overview of all the events across Canada.

The cross-Canada events were widely covered by Canadian media. You can read the coverage here

We ask everyone to email their Member of Parliament and tell them – Canada needs to arm Ukraine!

We ask everyone to send their Member of Parliament an email calling for Canada to provide Ukraine with defensive weapons. MPs emails are Firstname.Lastname@parl.gc.ca

A draft email you can send:

“Russia invaded Ukraine eight years ago, and the threat of a further Russian invasion grows every day. The Ukrainian people need Canada’s support in defending their country today. The US, UK, Baltic States, Poland, and other allies are already providing Ukraine with defensive weapons. As your constituent, I urge you to support Canada joining our allies and providing Ukraine with defensive weapons now.”