You Turned Canada Blue and Yellow!07 February 2022Next 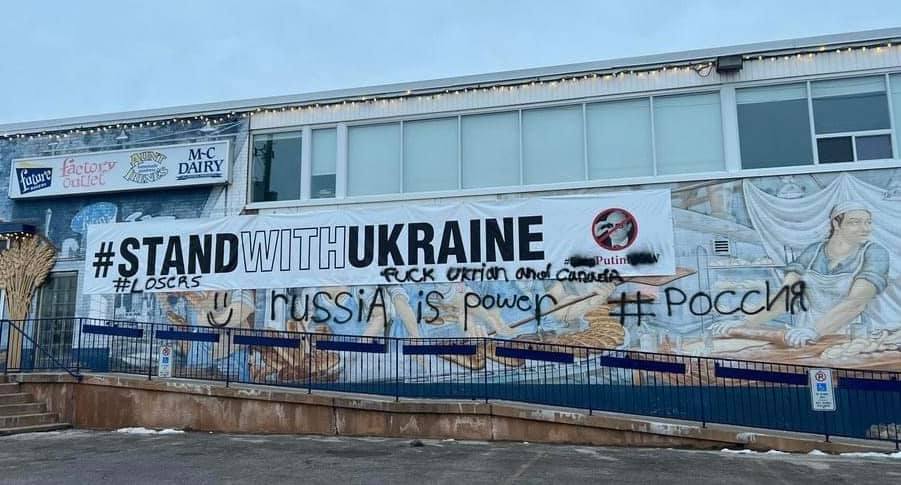 The Ukrainian Canadian community is appalled by the hate crime that targeted a Ukrainian-owned business in Toronto. Future Bakery, which displayed a #StandWithUkraine banner to show solidarity with the Ukrainian people, was defaced under cover of night by cowards who support Russian president Putin’s kleptocratic, criminal regime. Among other defacements, the phrases “F*ck Ukrian (sic) and Canada” were spray painted on the sign.

The owner of Future Bakery, Mr. Borys Wrzesnewskyj, is a former member of Canada’s Parliament, a prominent community activist and leader, who has worked tirelessly for many years on defending those whose human rights have been violated as a result of Russia’s invasion of Ukraine, including the Indigenous Crimean Tatar People. Mr. Wrzesnewskyj and the Ukrainian Canadian community have previously been the targets of Russian state-led disinformation campaigns.

“We will not be intimidated by cowards who hate our freedoms and our way of life. The Ukrainian Canadian Congress calls on law enforcement to promptly and thoroughly investigate this act of hate against the Ukrainian Canadian community. This craven attack shows the importance of effectively fighting disinformation campaigns led by the Russian state that target Canada, the Ukrainian Canadian and other Central and East European communities,” stated Alexandra Chyczij, National President of the UCC. “Recently, the German government banned the RT (Russia Today) network, as have other countries. The UCC has long advocated for the Canadian government to take seriously the pernicious influence of Russian-state led disinformation campaigns and the vitriol and hatred that they spread.”

The 2019 Annual Report for the National Security and Intelligence Committee of Parliamentarians found that:

The nature and extent of Russia’s foreign interference threat is significant as these activities form a key component of the broader national security threat posed by Russia. […] Foreign states use ethnic and mainstream media to spread messages and forward their own agendas. *** The PRC and the Russian Federation both manipulate mainstream and ethnic media.

The UCC calls on the Government of Canada to immediately establish a Task Force to defend against information warfare and foreign influence operations. 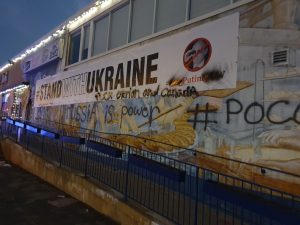 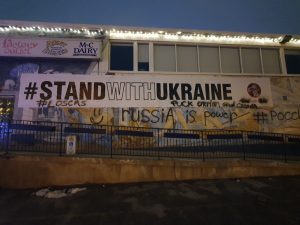 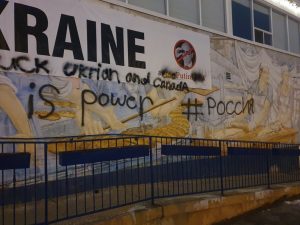