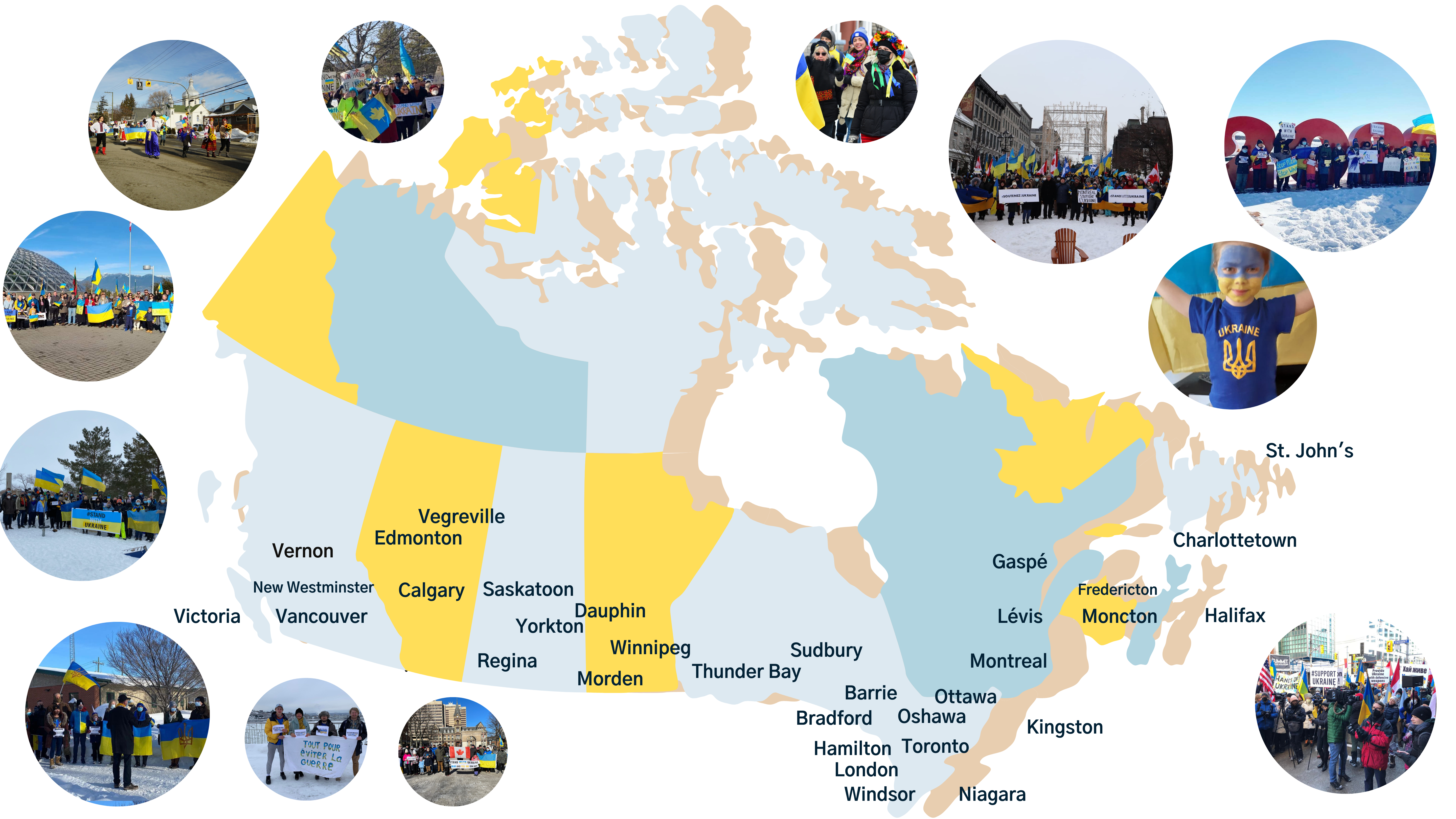 February 14, 2022. OTTAWA, ON. The Ukrainian Canadian Congress (UCC) welcomes the announcement that Canada will provide $7.8 million in lethal defensive weapons and economic assistance of up to $500 million in loans to Ukraine. The announcement of this vital aid was made today by the Right Honourable Justin Trudeau, Prime Minister of Canada.

“In this extraordinarily difficult time for Ukraine, Canada has shown again that it is a true friend to Ukraine and the Ukrainian people. The provision of lethal defensive weapons puts Canada side by side in a coalition of democracies that are steadfastly supporting the Ukrainian peoples’ defence of their liberty from Russia’s wanton and unprovoked aggression,” stated Alexandra Chyczij, National President of the UCC. “The $500 million in economic support to Ukraine will help greatly to counter Russia’s efforts to destabilize Ukraine’s economy.  We are grateful to the Government of Canada and Prime Minister Trudeau for today’s support.”

As the Ukrainian people bravely defend themselves from Russia’s escalation of aggression and the growing threat of a further Russian invasion of Ukraine, Canada and the Canadian people Stand With Ukraine!

Last week on February 6, over 30 communities in all ten provinces came together to show their support for the Ukrainian people, their right to self-determination and freedom, and called for strong and swift support from the Canadian government. Today, Canada joins our allies in the United States, the United Kingdom, Poland, Lithuania, Estonia, Latvia, Czech Republic and others in providing the Ukrainian people with the means to defend themselves against Russia’s war of aggression.

“We are deeply thankful to all the thousands and thousands of people who came out to support these rallies all across Canada,” stated Ihor Michalchyshyn, UCC CEO. “It is thanks to your unity, dedication and the commitment of organizers and volunteers from coast to coast that the UCC can advocate effectively for these important policies. The UCC will continue working hard to represent you. Дякую Вам!”

The news release on the $500 million in economic support from the Government of Canada is available here: Canada pledges additional support for Ukraine

The news release on the weapons provided to Ukraine is available here: Canada commits lethal weapons and ammunition in support of Ukraine