UCC Statement on Russia’s Escalation of Aggression Against Ukraine

The Heroes of the Heavenly Hundred18 February 2022Next 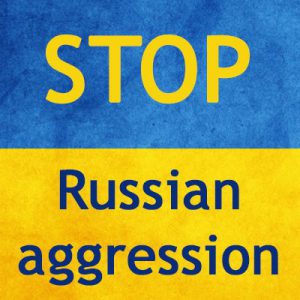 February 21, 2022. OTTAWA, ON. In response to Russian president Putin’s announcement that he will “recognize” the Russian-occupied territories of eastern Ukraine, UCC National President Alexandra Chyczij issued the following statement:

Russian president Putin’s announcement that he will “recognize” the Russian-occupied territories of eastern Ukraine is a further violation of international law and a serious escalation of Russia’s war against Ukraine.

A full-out Russian invasion of Ukraine grows more likely every day. Both in word and in action, Putin makes clear that he seeks to subjugate Ukraine and the Ukrainian people to Russian colonialist oppression.

Canada and our allies must show unity in response to aggression from Russia that is growing exponentially every day. We call on Canada and allies to immediately implement severe deterrent sanctions against Russia’s economy and against Russian officials, and significantly increase military and economic aid to Ukraine.

For eight years Putin has shown that he seeks war and respects only strength. The time to take serious measures to deter Russia is now.  The future of over 40 million Ukrainians and a Europe whole, free and at peace, is at stake.