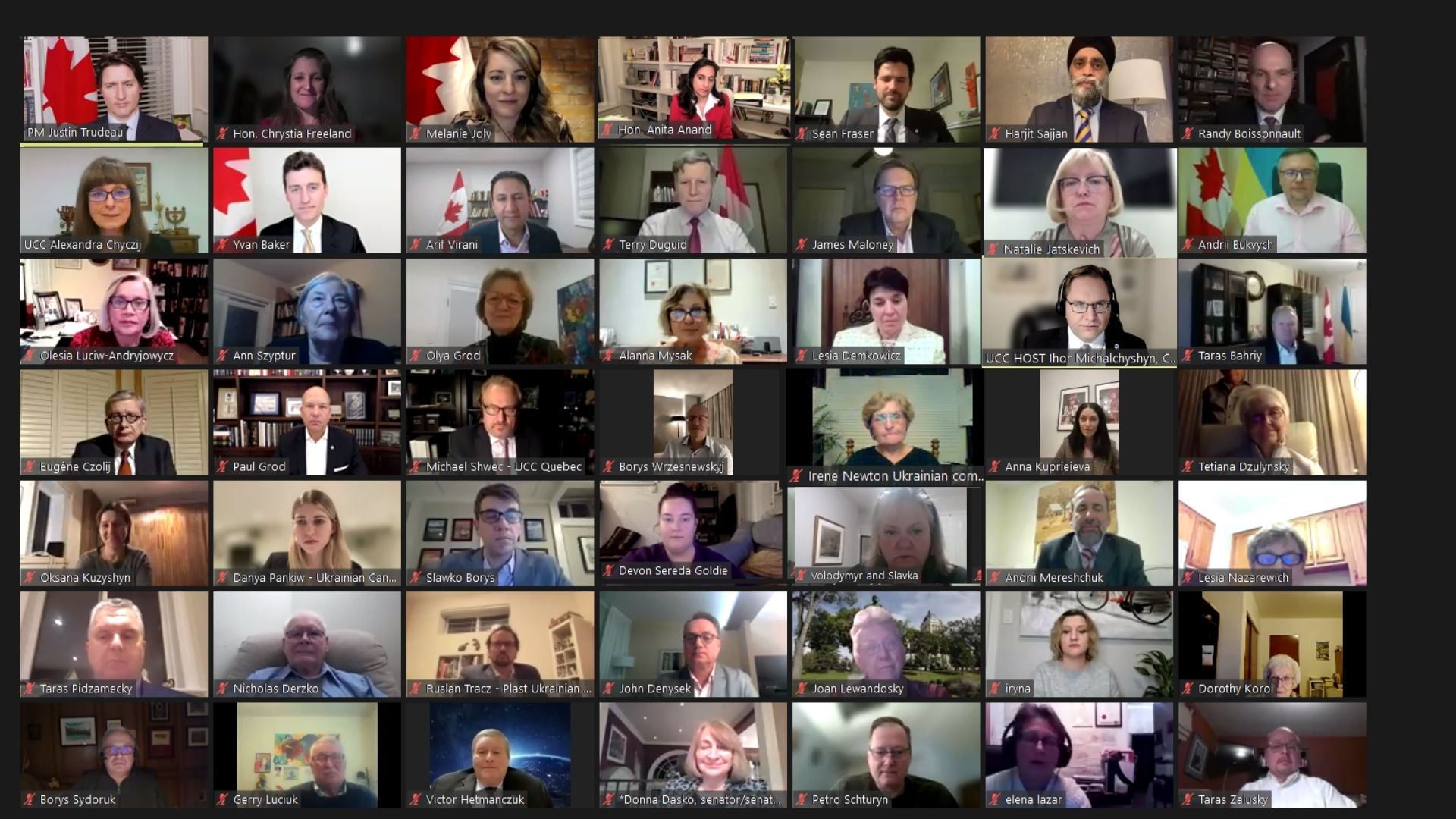 February 23, 2022. OTTAWA, ON. The Right Honourable Justin Trudeau, Prime Minister of Canada, and several Cabinet Ministers met with the Board of Directors of the Ukrainian Canadian Congress (UCC) to discuss Russia’s further invasion and grave escalation of aggression against Ukraine.

Prime Minister Trudeau unequivocally condemned Russia’s recognition of the independence of the Donetsk and Luhansk regions in Ukraine and the deployment of more Russian military forces to the Russian-occupied territories in east Ukraine.

Prime Minister Trudeau and Cabinet Ministers discussed Canada’s response to Russia’s further invasion of Ukraine, including the sanctions imposed by the Government of Canada against Russia yesterday.

Joining Prime Minister Trudeau to speak with the UCC Board were members of Canada’s Cabinet:

“I thank Prime Minister Trudeau and members of the Cabinet for meeting with our community during this extraordinarily difficult time for Ukraine,” stated Alexandra Chyczij. “The fate of more than 40 million Ukrainians and the future of Europe are being decided right now in Ukraine.  We ask that Canada and our allies immediately take more forceful action to deter Russia from its heinous plans.  Our message to Prime Minister Trudeau and Canada’s allies is simple: Arm Ukraine and sanction Russia. Now.”

Russian President Putin has made clear that he seeks not only to subjugate Ukraine but that he believes that Ukraine and Ukrainians have no right to exist. By his actions he has demonstrated that he intends to destroy Ukraine and the Ukrainian people. The Ukrainian people are courageously defending their homeland, their freedom and their inalienable right to self-determination.

The world must Stand With Ukraine.